Hello, readers! After a week long hiatus, I have returned to you. I am still on Cape Cod with my family, but realizing how many blog posts I planned to write and share with you, I decided I better get cracking!

For our family vacation we are spending 10 days in Truro. Truro is the second to last town before the end of the Cape (the last town is Provincetown). This is a great location because in addition to all that Truro has to offer, we are sandwiched between two vibrant towns - Wellfleet and Provincetown.

When researching what to do on July 4th, we learned that both Wellfleet and Provincetown were planning parades. My parents and I decided to spectate at the Provincetown parade.

The festivities were set to kick off on Commercial Street (the main drag) at 11:00am. To ensure we got a prime viewing spot, we headed in at 10:00am. We set up our base camp right in front of city hall.

Since the parade was starting quite a way down Commercial Street, we didn't see any action until about 11:30am. Once the parade got going we were totally enamored with each passing car/float.

The parade kicked off with flag bearers: 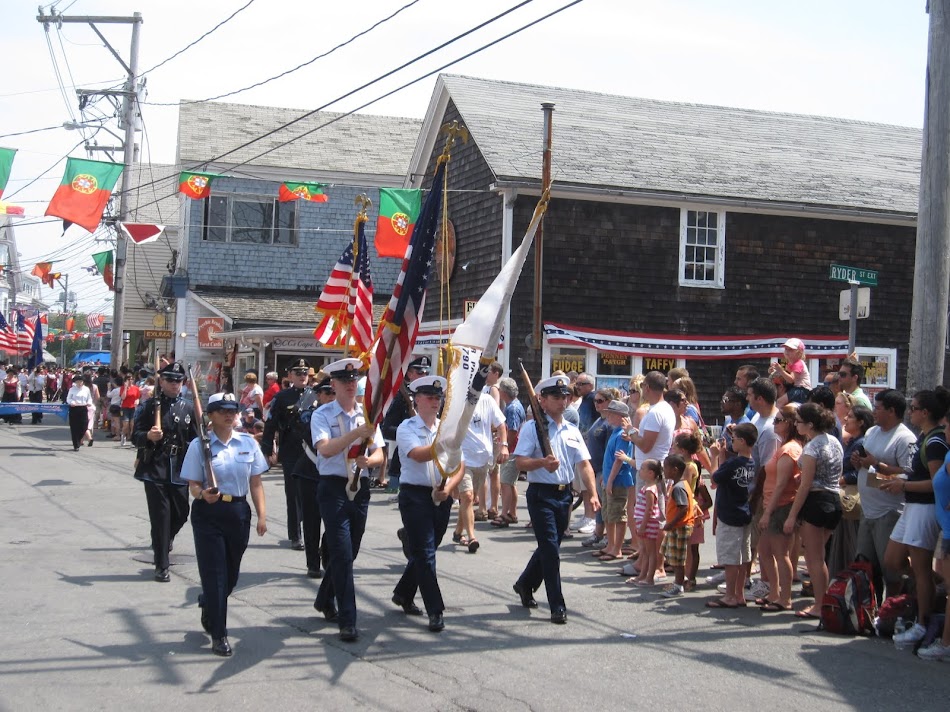 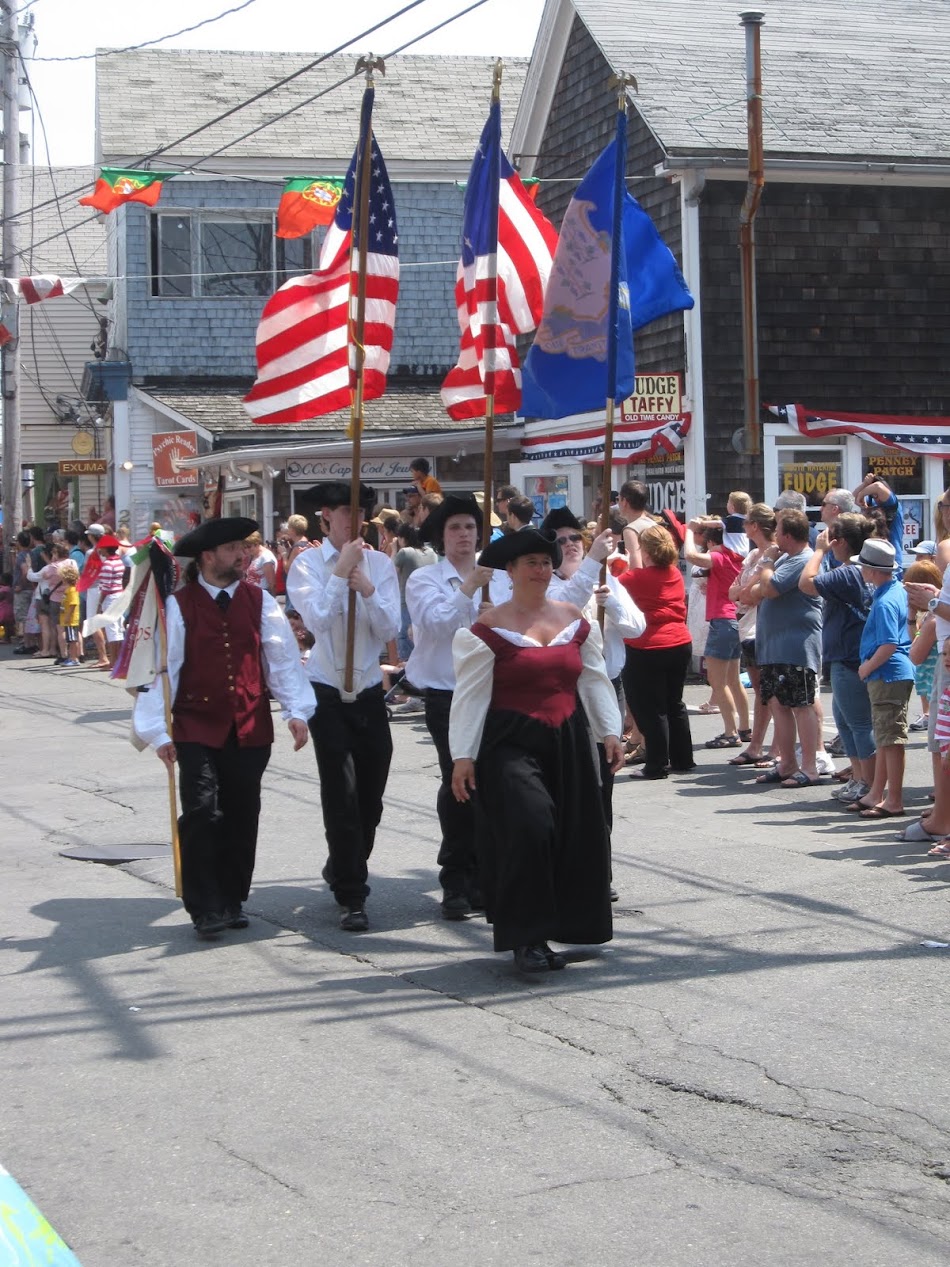 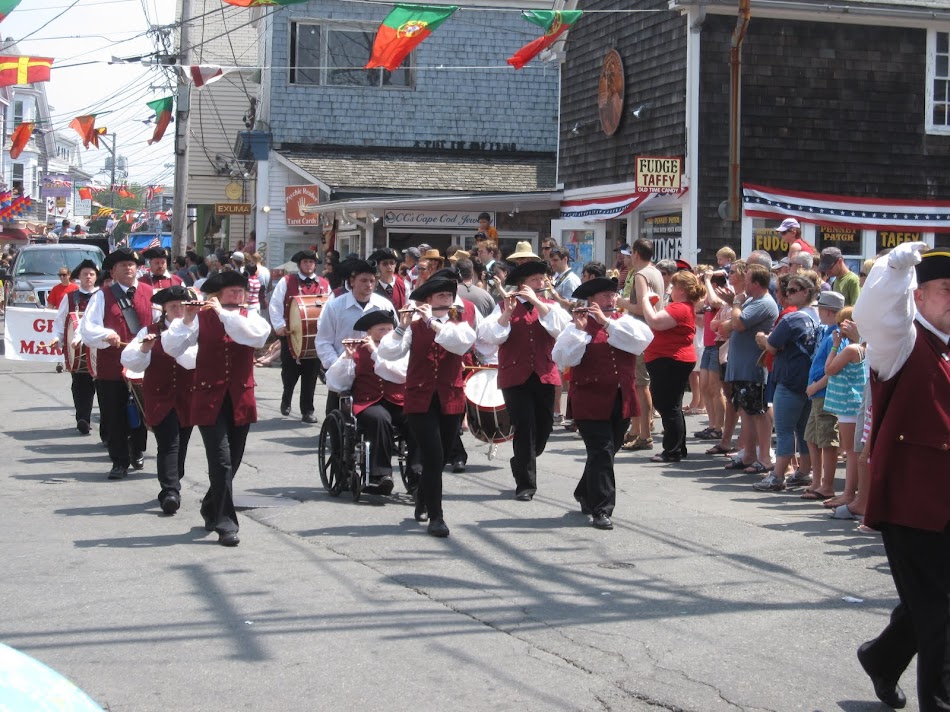 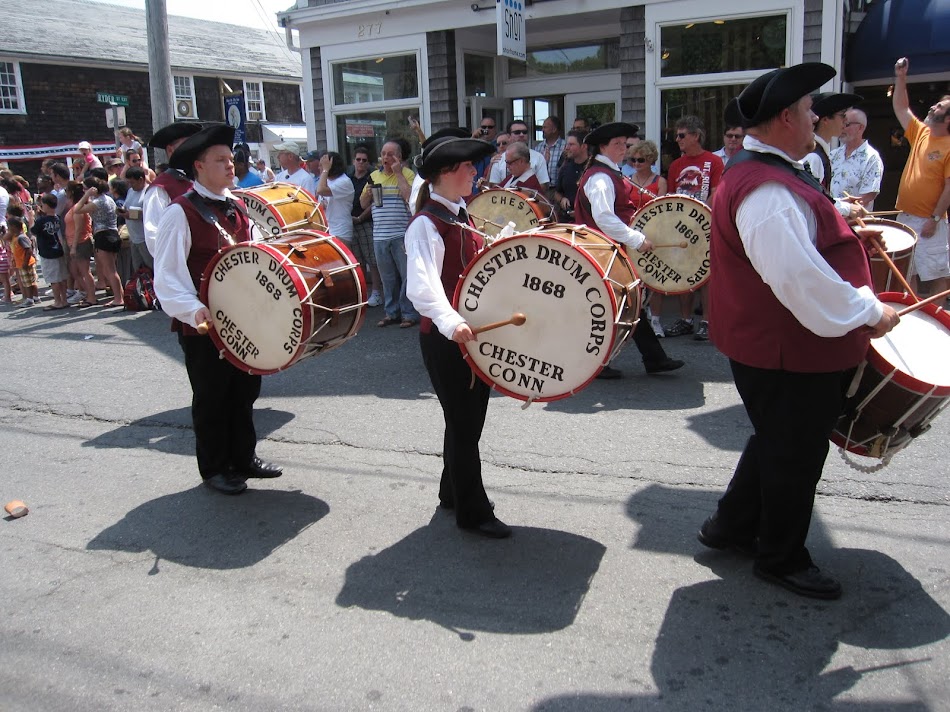 Of course there were adorable, little kids: 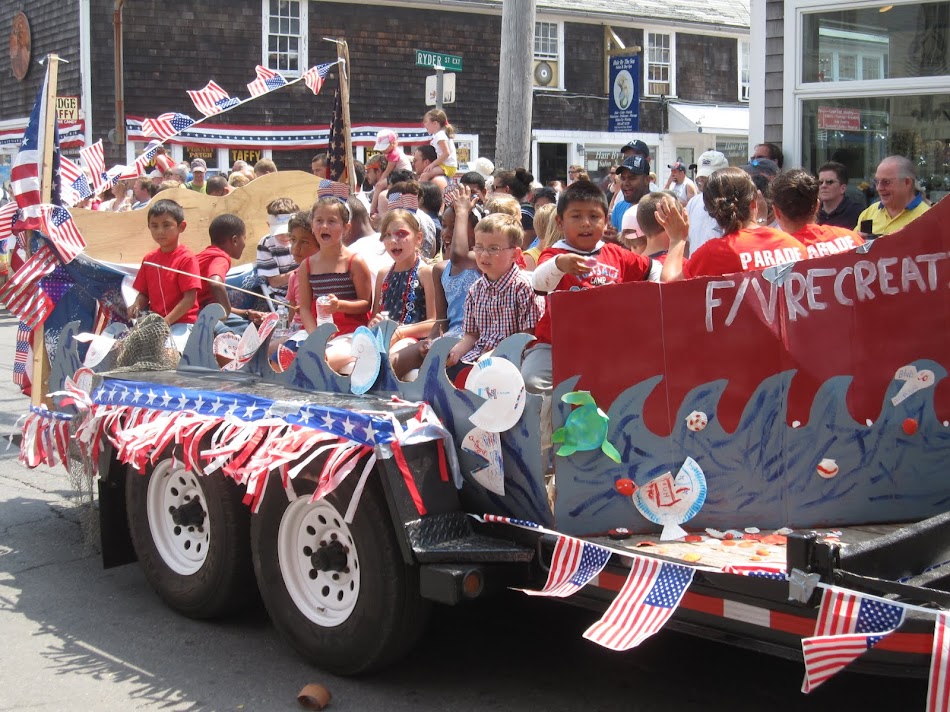 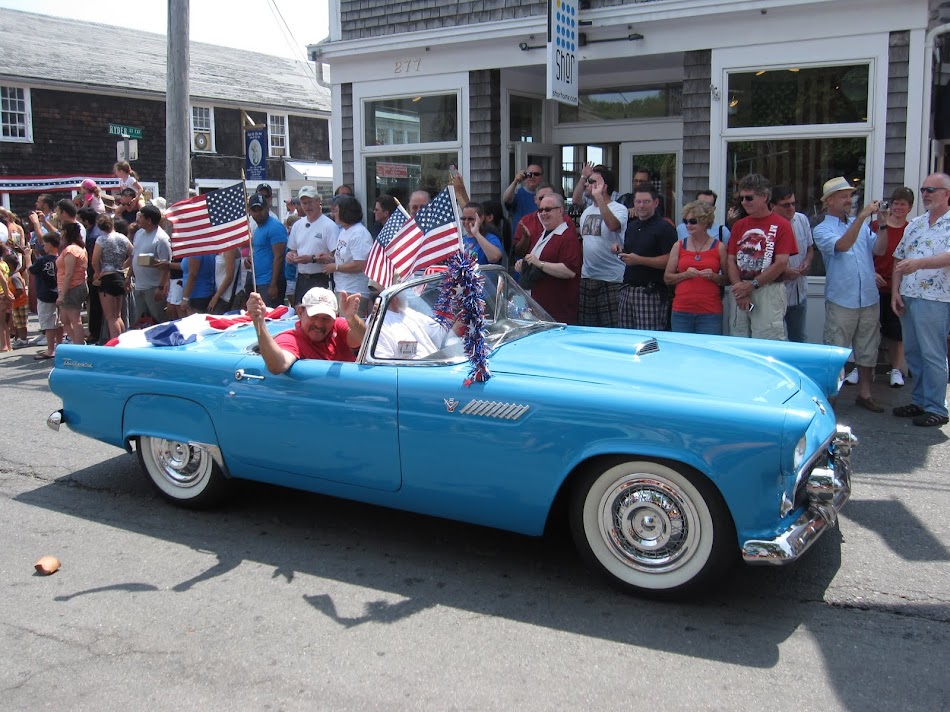 A recreation of the Provincetown monument! 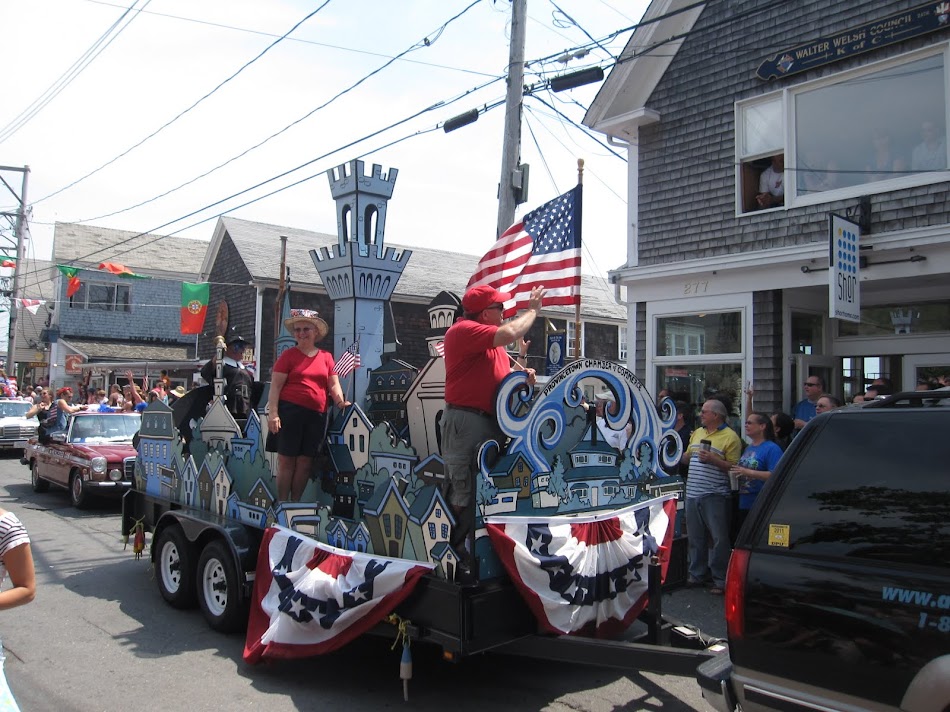 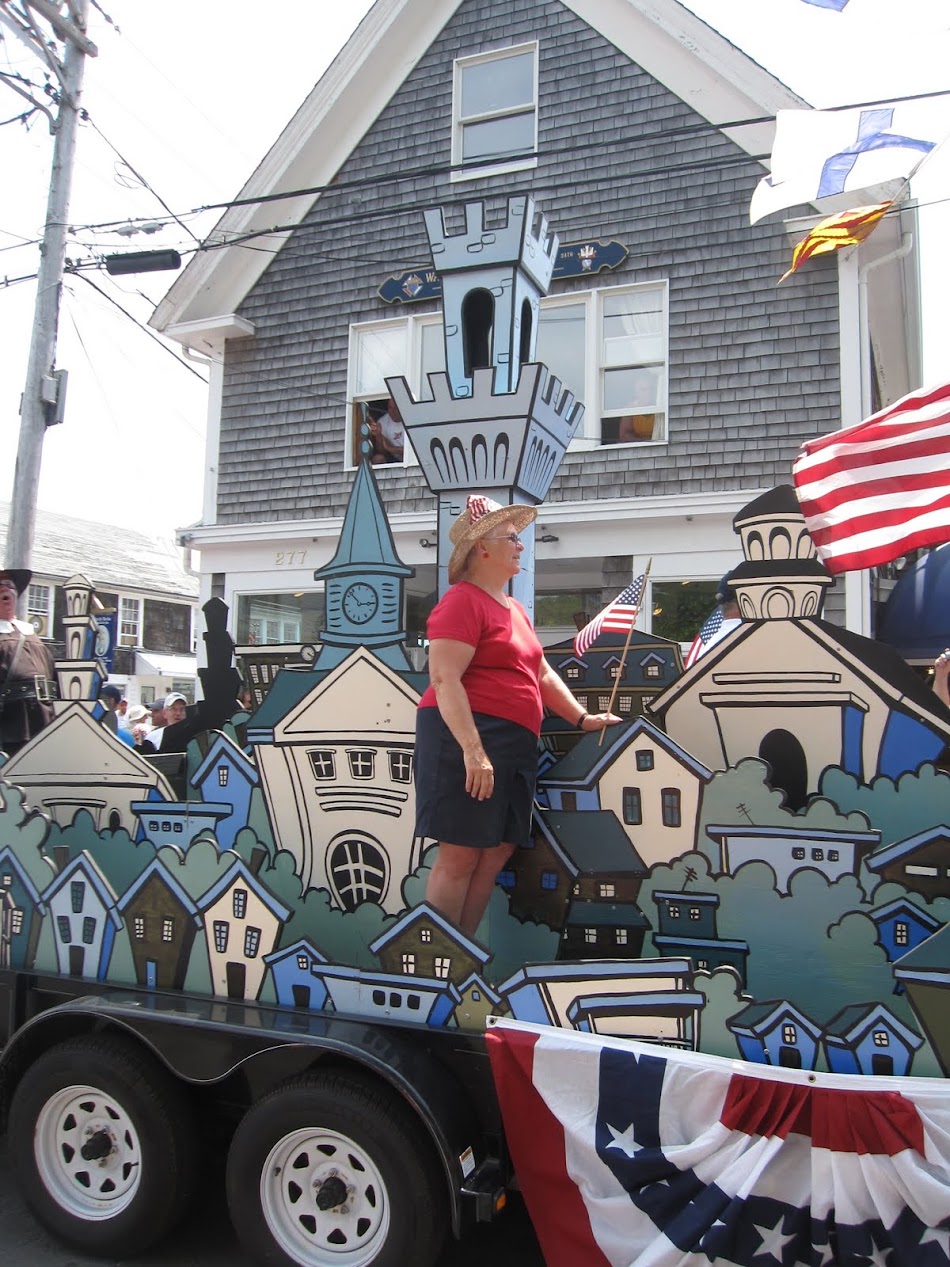 Shop Therapy, one of Provincetown's wackiest stores, had a graffiti covered limo with several woman sprawled across the roof wearing fish net stockings and other racy get ups: 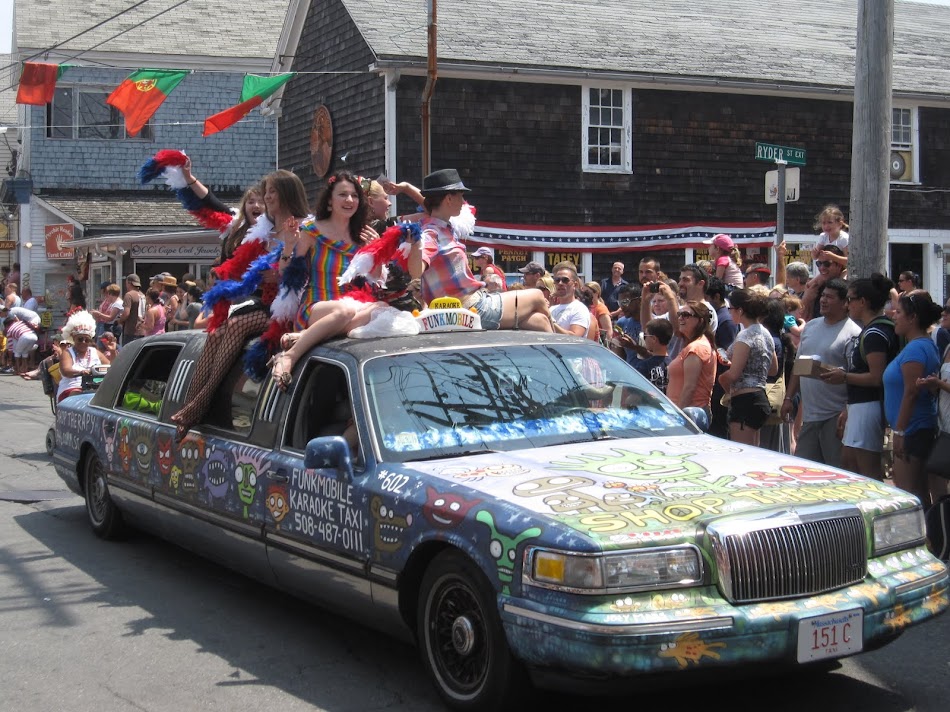 Then came the fire trucks! The highlight of the parade for every boy under age five. The drivers of each truck were blasting the sirens and making every possible noise to rile up the crowd. 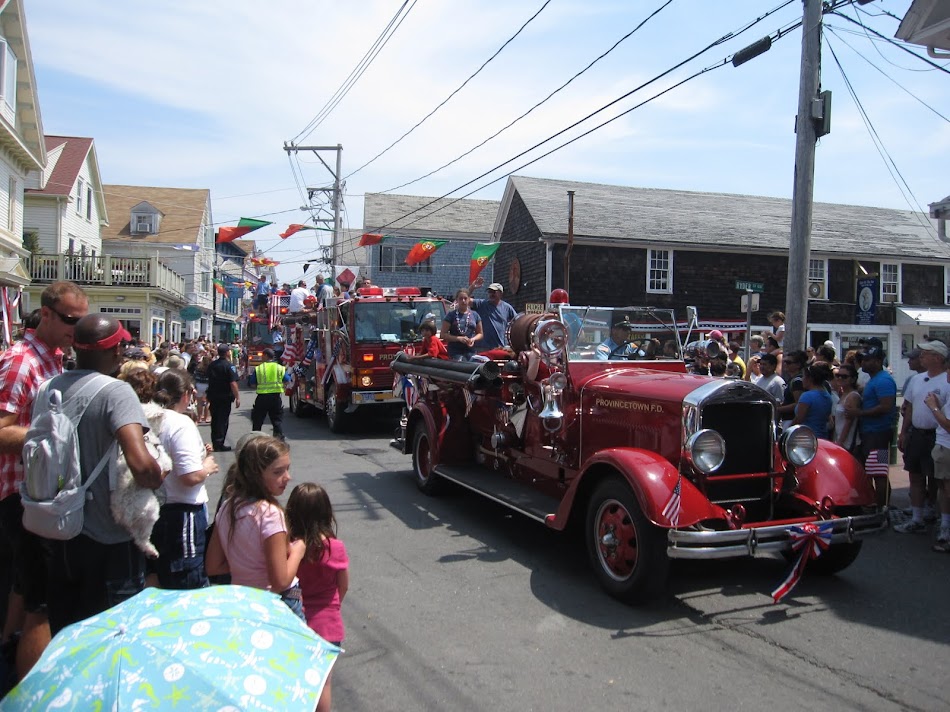 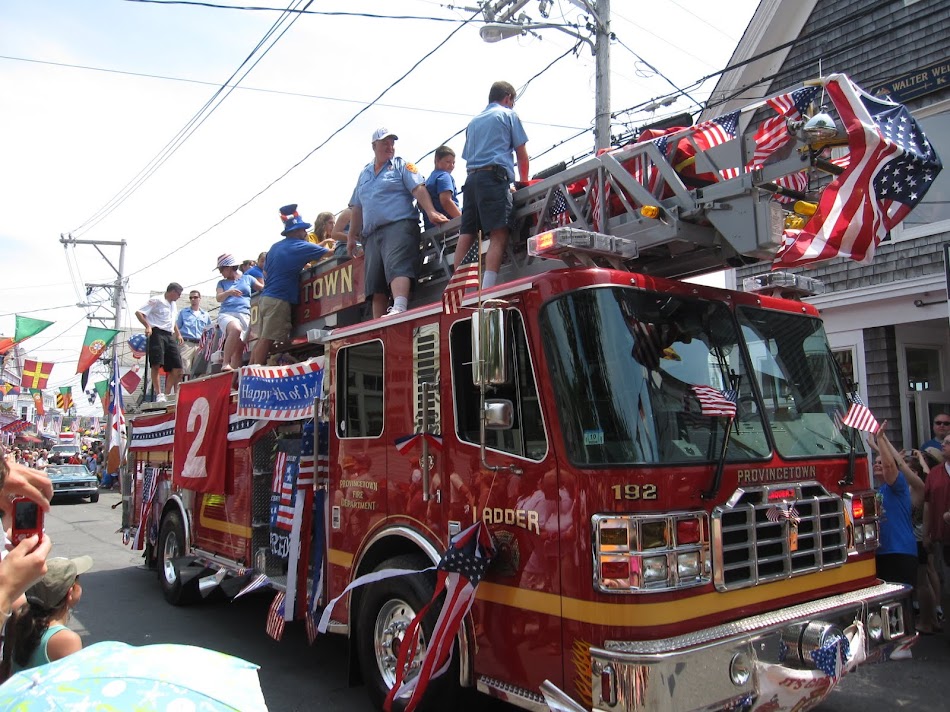 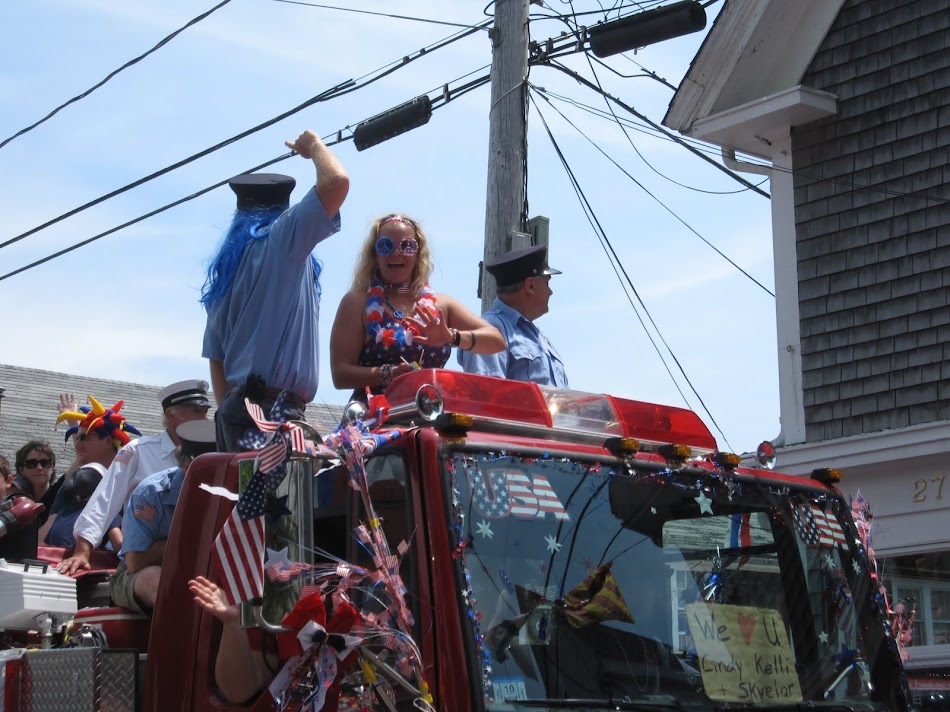 There were some super cute kids riding in the fire trucks: 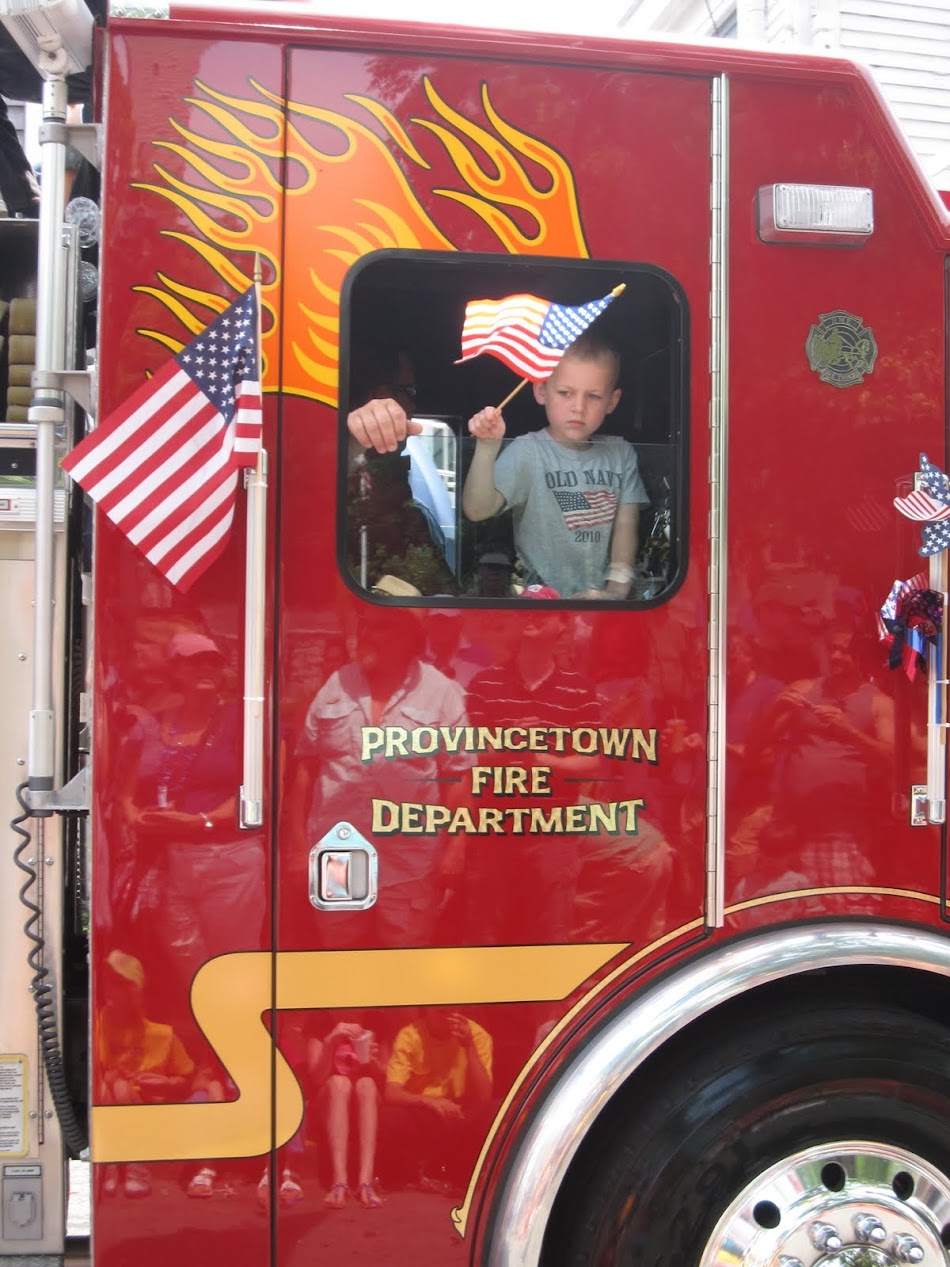 One of the firemen, on his motorcycle, had a very special guest: 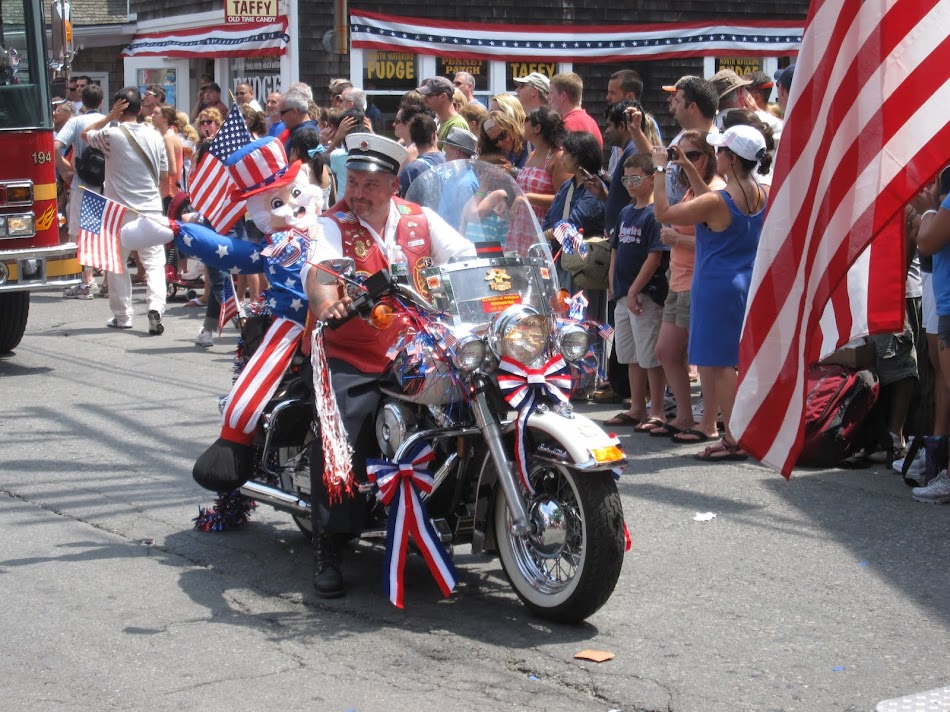 Next came the Bruins themed float, appropriately designed by the local ice company. In a genius move, they were handing out cups of ice to everyone watching the parade. 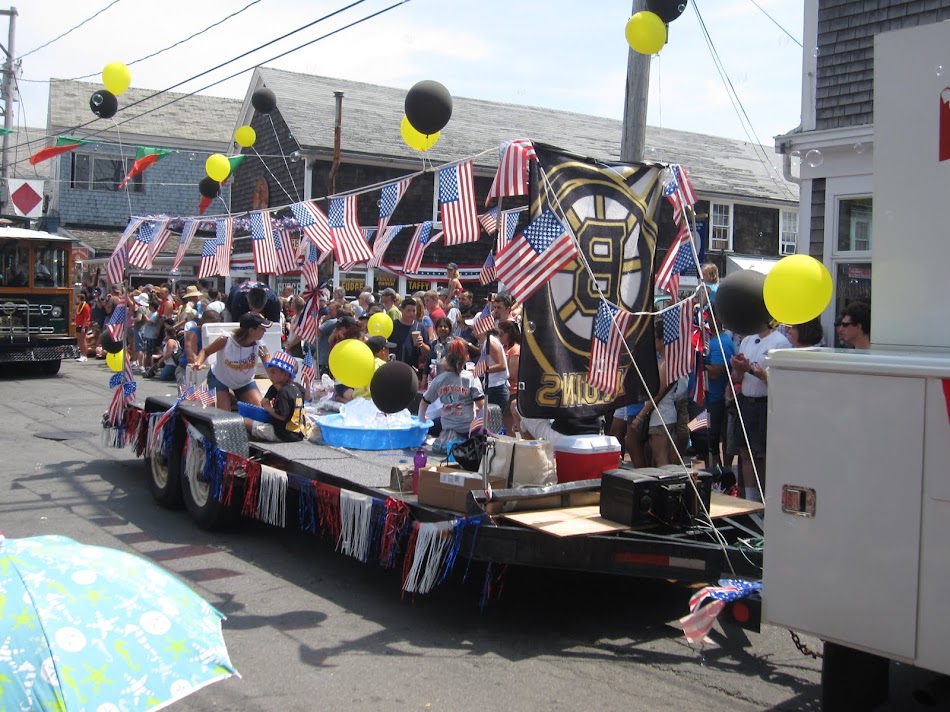 I loved this beach themed float from a Provincetown surf shop! 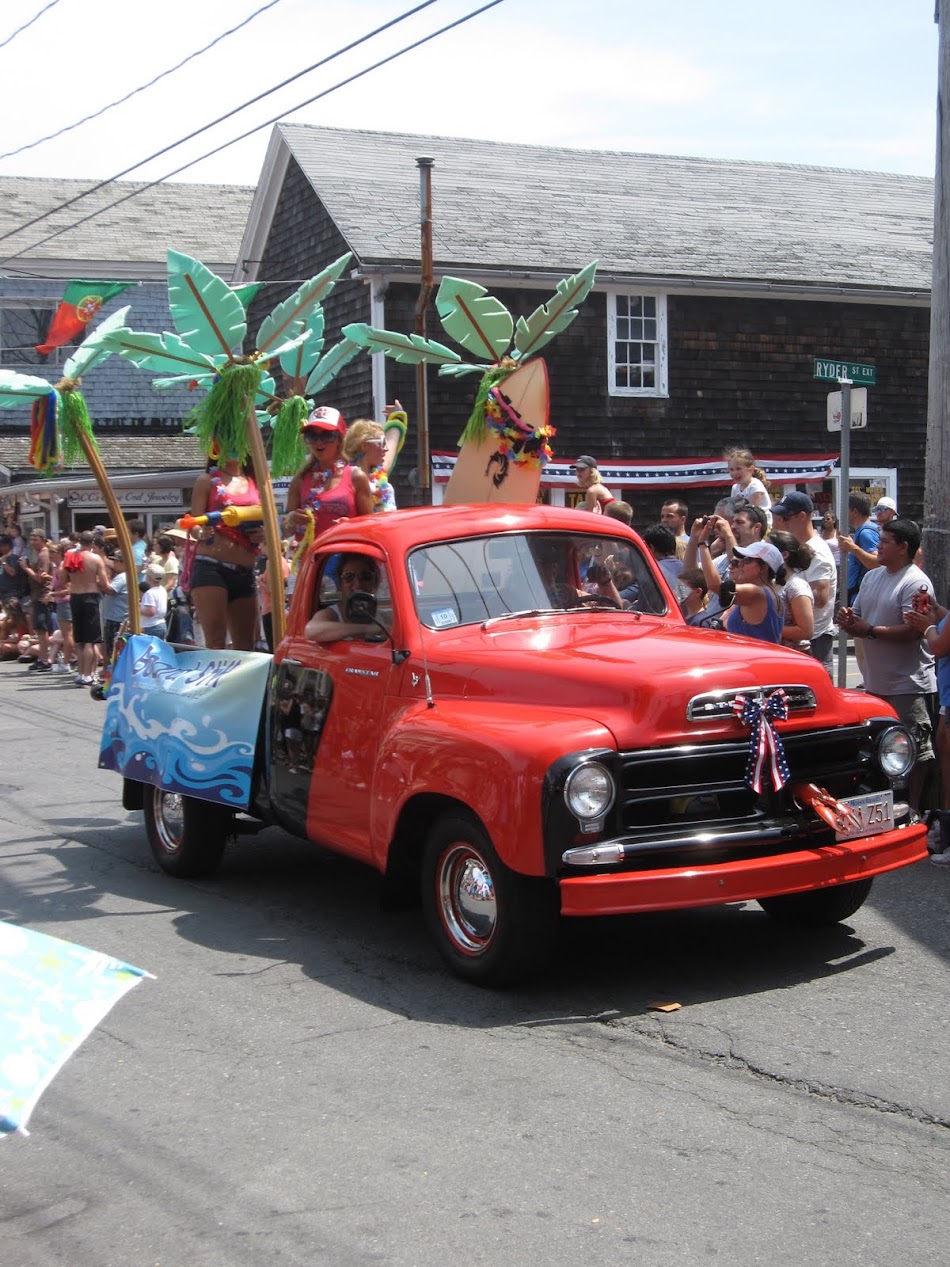 Along came a boat with a life size, stuffed animal captain! 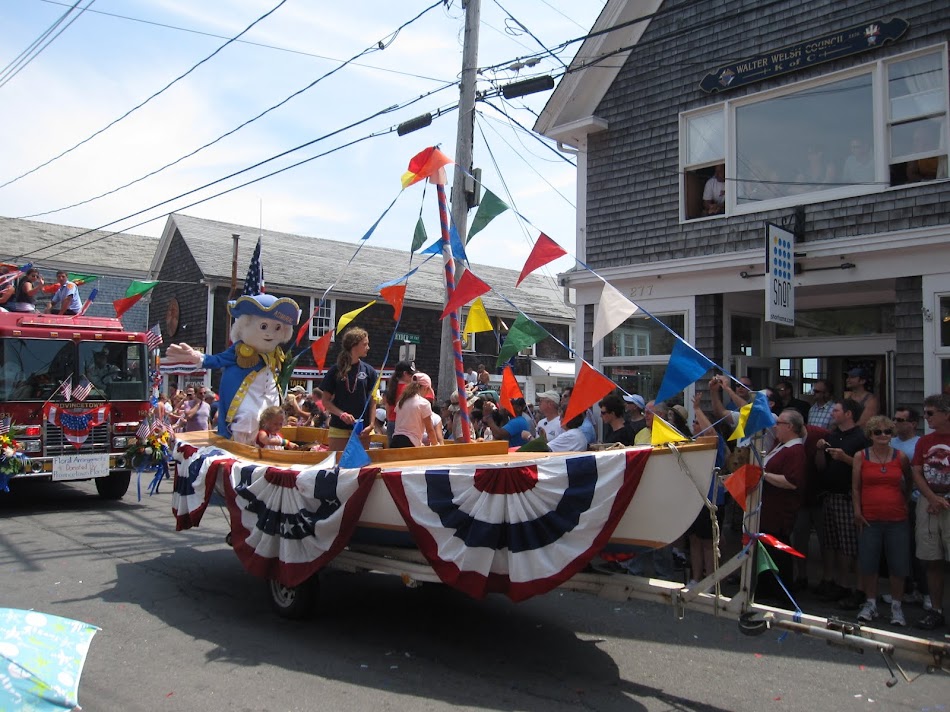 The red, white and blue decor continued with this festive bunch: 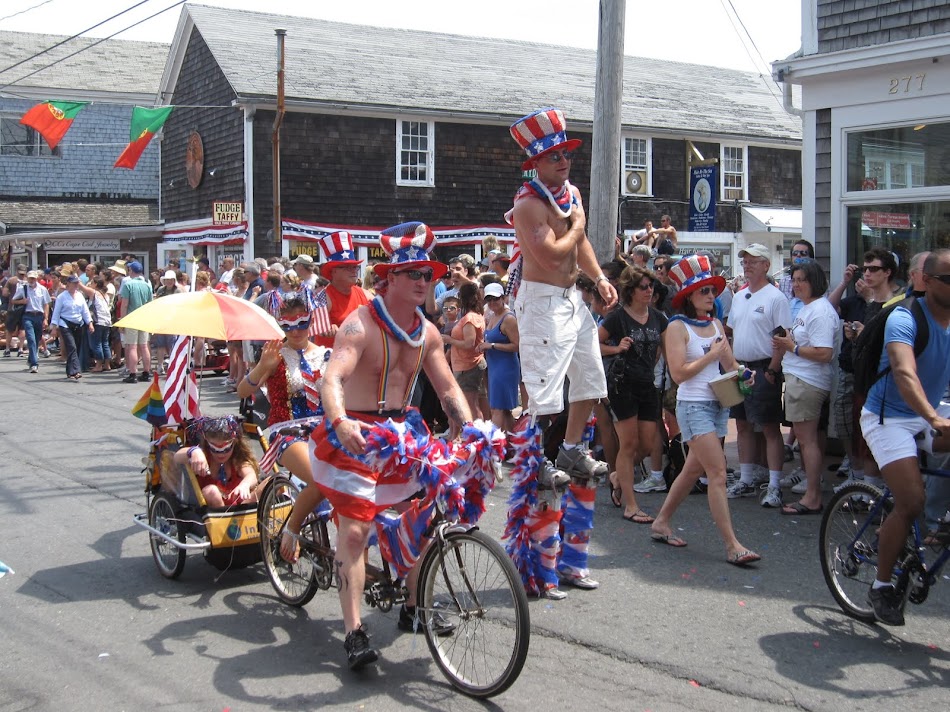 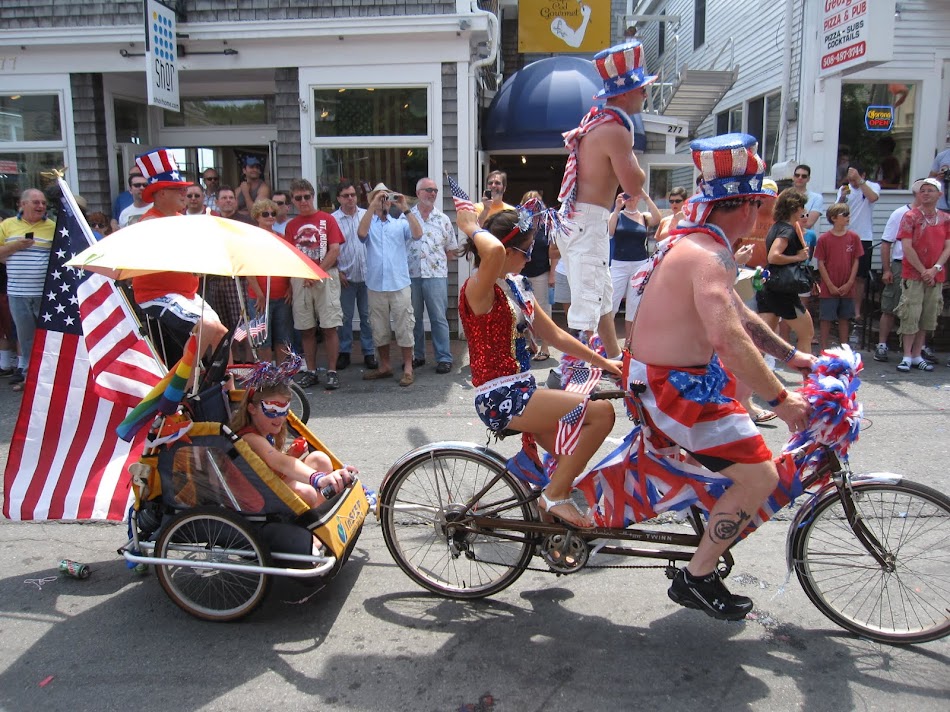 The final float in the parade was sponsored by 42 Below vodka and had a fleet of scantily clad dancers fist pumping and grinding to techno music. 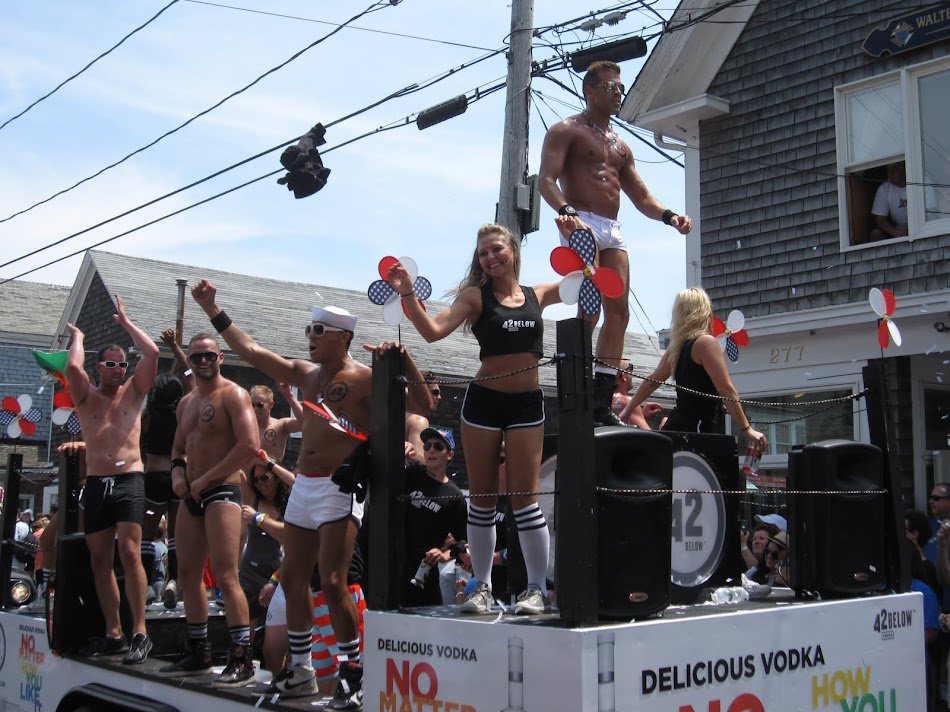 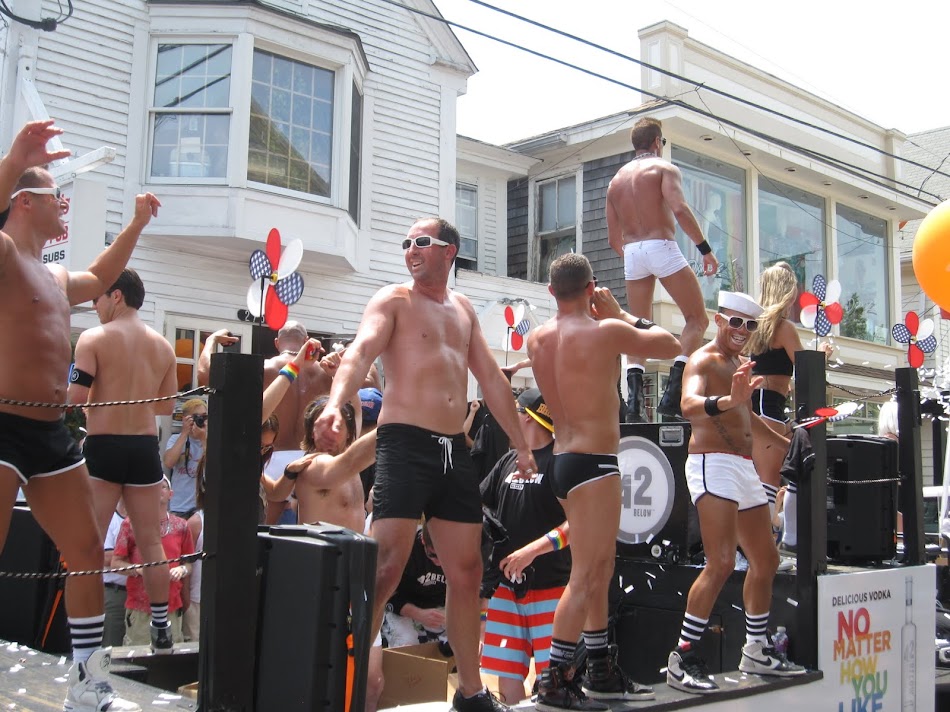 I wasn't quite sure what to expect from the Provincetown parade, but I have to say, I had an absolute blast! I found myself inching closer and closer to the street to get a better view, to wave to the kids on each float and to clap as the firemen and policemen drove by in their heavily decorated cars.

If you are already thinking about your plans for the 4th of July in 2012, you should definitely consider spending the day in Provincetown. You can drive from Boston in just under three hours or you can take the fast ferry from Rowes Wharf straight into Provincetown.

How did you celebrate the 4th?

END_OF_DOCUMENT_TOKEN_TO_BE_REPLACED 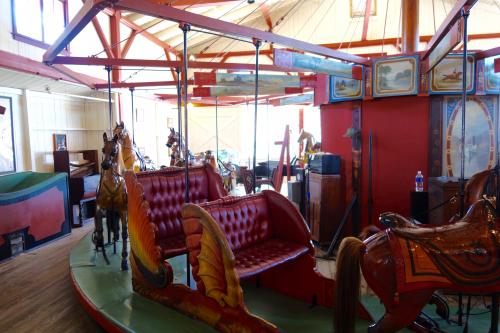 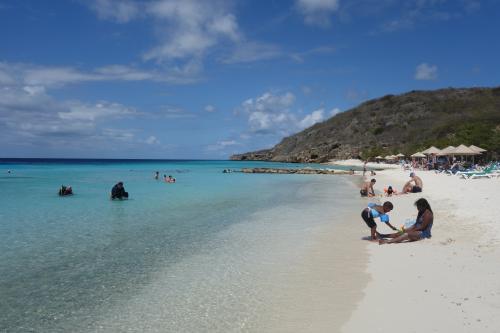 There are so many stunning beaches in Curacao, but I highly recommend spending a full day at Playa Porto Mari in St. Willibrordus.

Save The Date: Life Is Good Festival