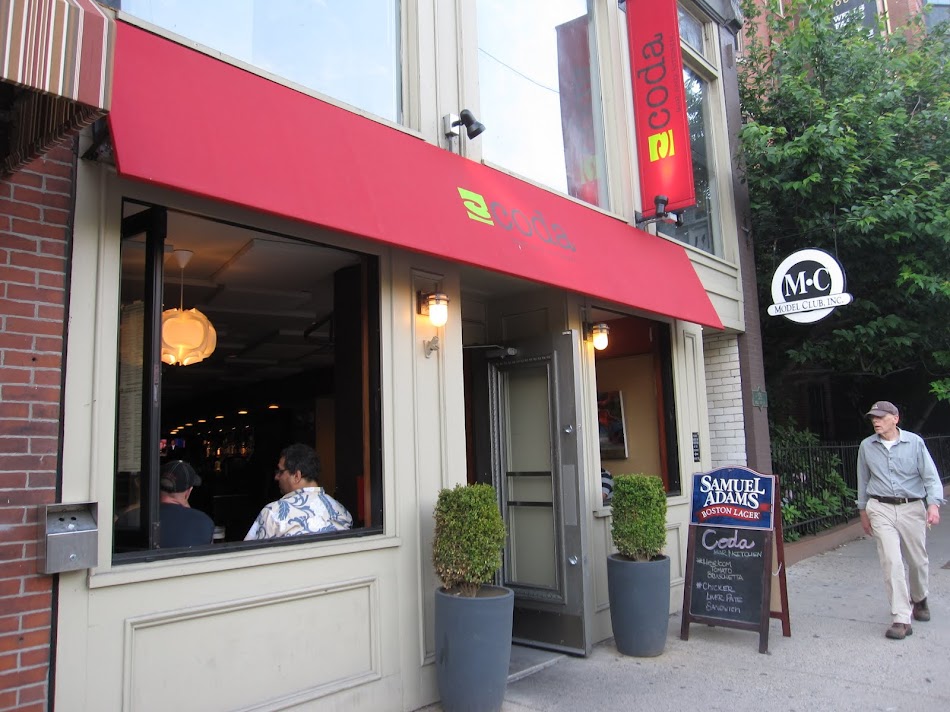 Let me preface this by saying, I hate to write negative reviews.

Tonight I met one of my favorite girls for dinner at Coda in Back Bay. She used to live up the street and visited the restaurant frequently. It had also been recommended to me by a family member who lives nearby in the South End.

I arrived first and while outside I could smell the french fries through the restaurant's open windows every time the wind blew.

When we walked into the restaurant we saw one of the booths right in the front window was open so we hopped right into it. My seat was directly in the window with a view of Columbus Ave. 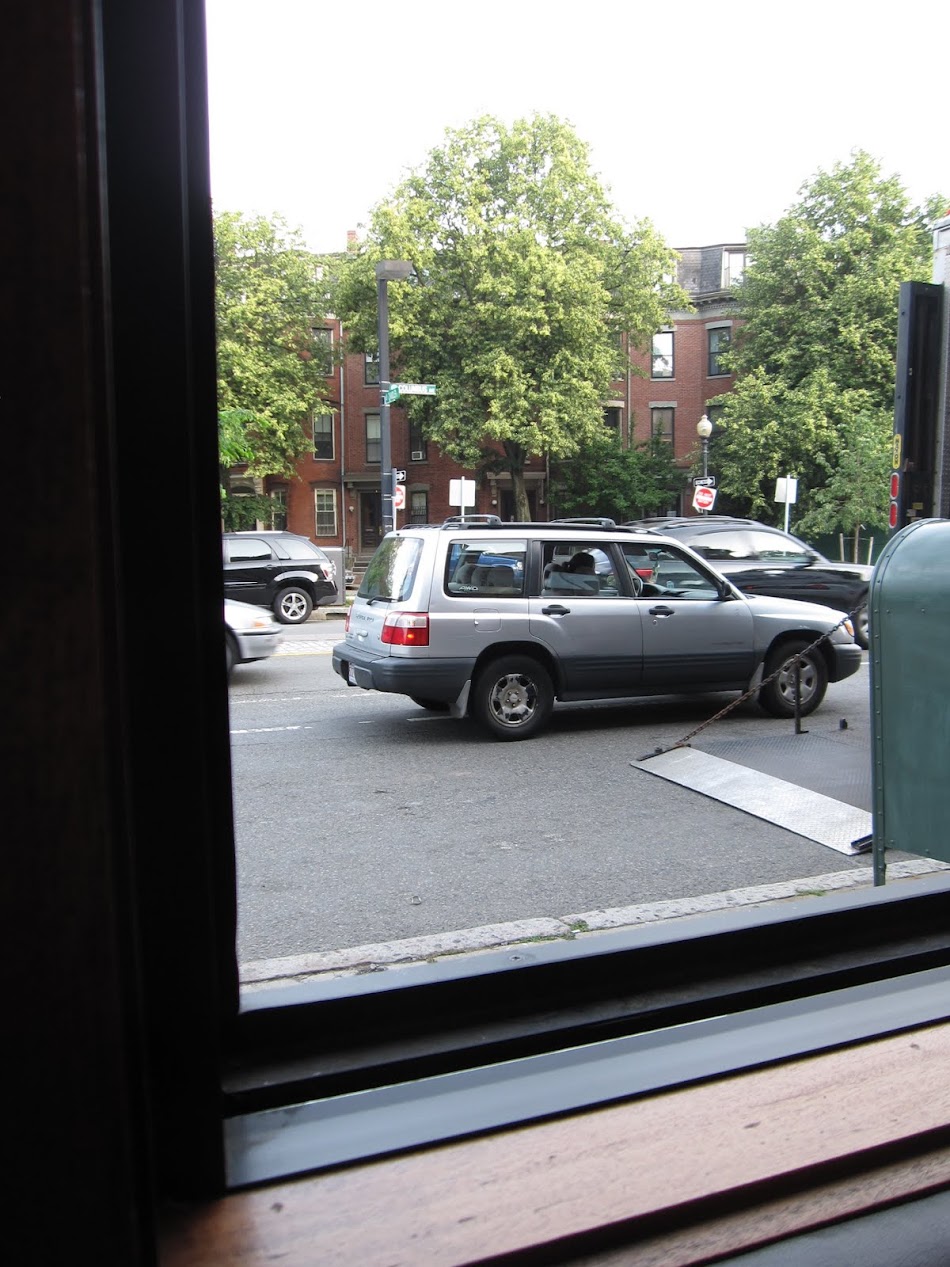 Coda boasts a beautiful, exposed brick wall and has one of my favorite design elements - specials in colored chalk on a blackboard. 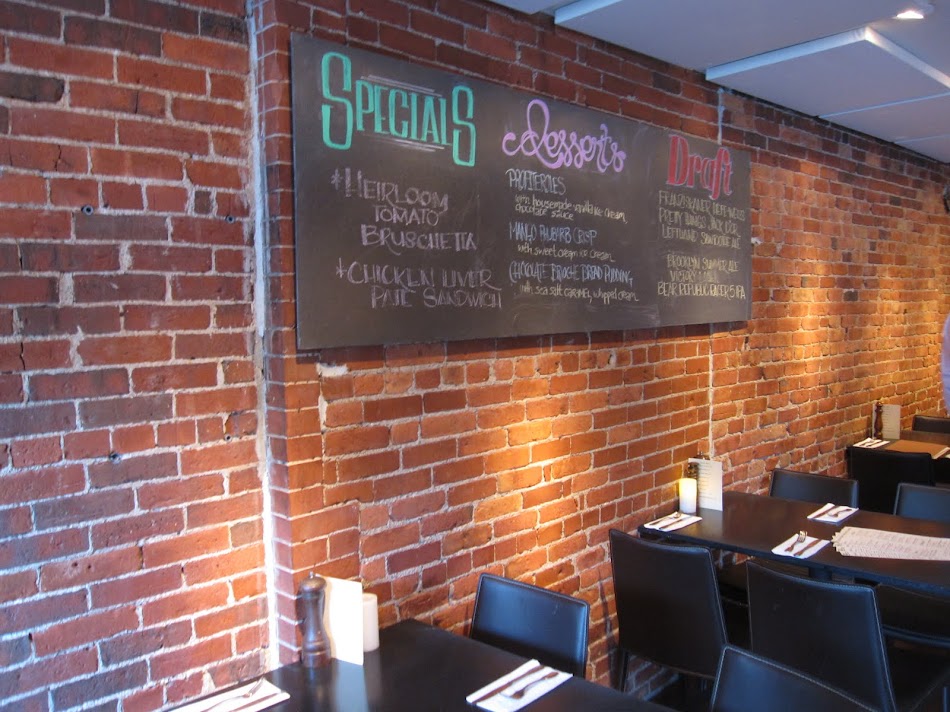 On the opposite wall they also had a display of funky, brightly colored artwork. 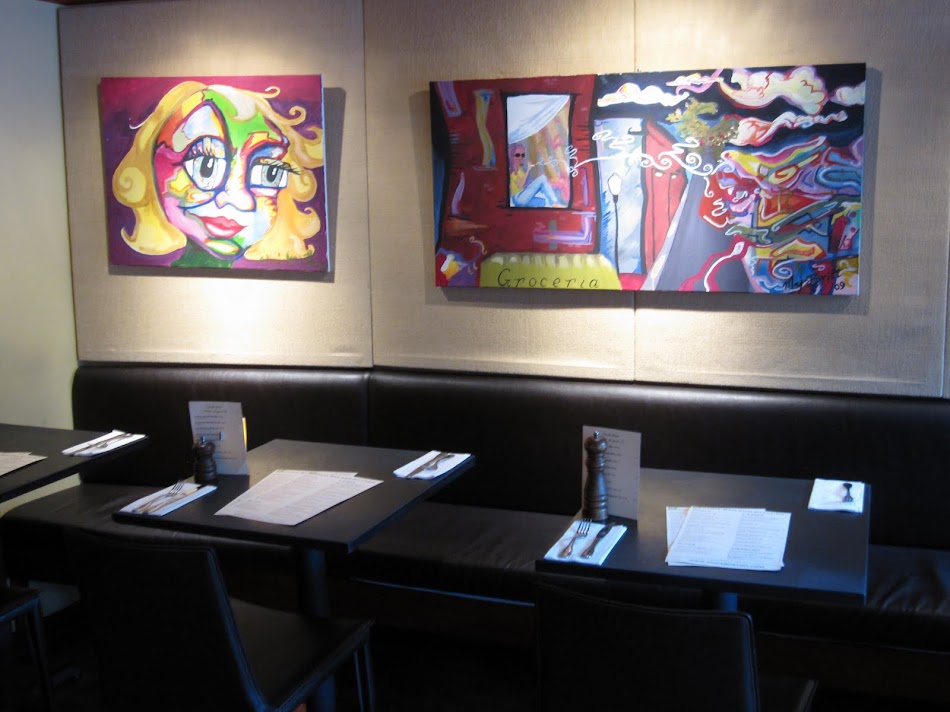 We started with drinks, red sangria for me and the canary square cocktail for her. I found the sangria sweet and refreshing. She was hoping for a bourbon drink, but said it tasted more like a mojito. 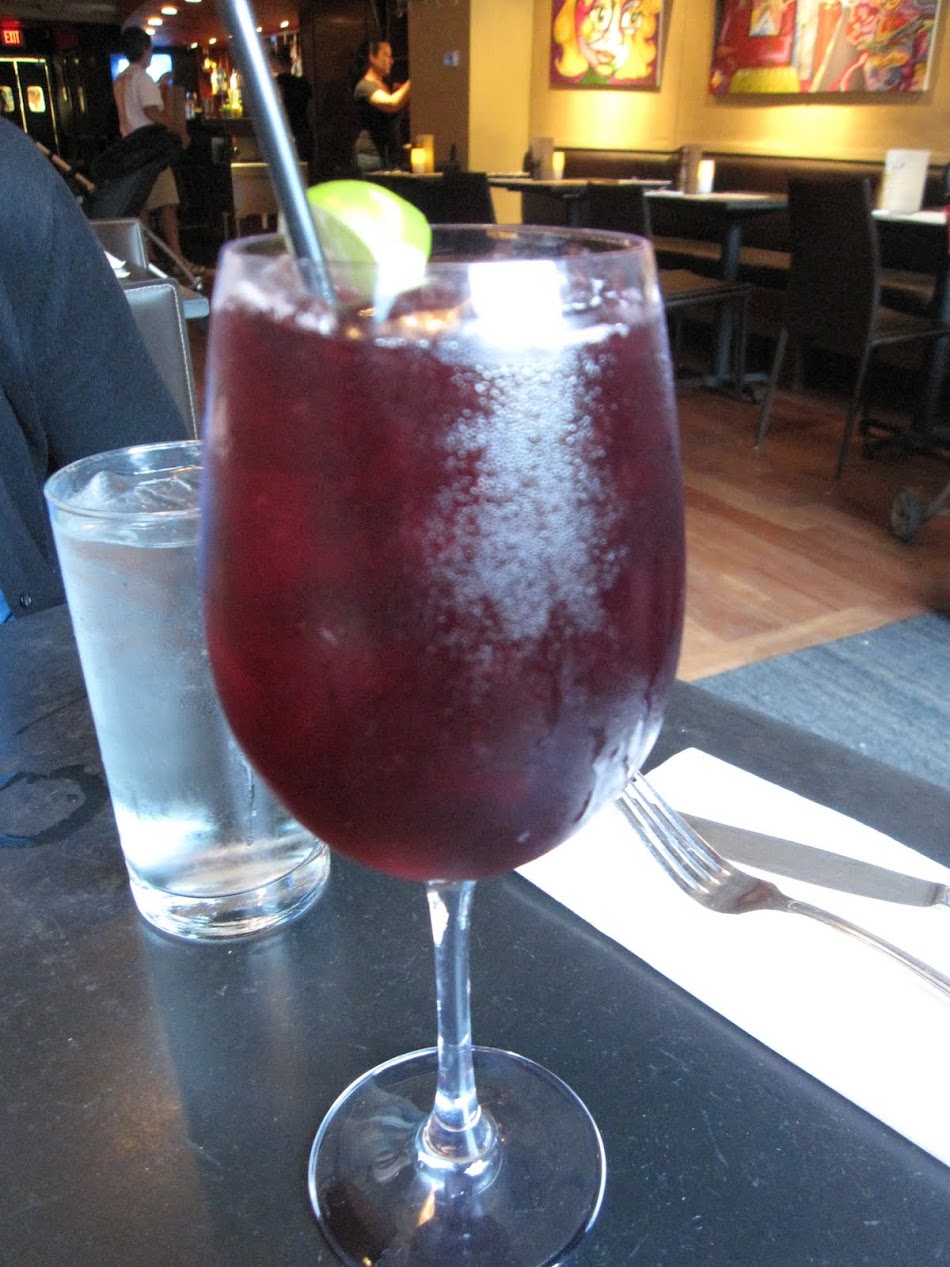 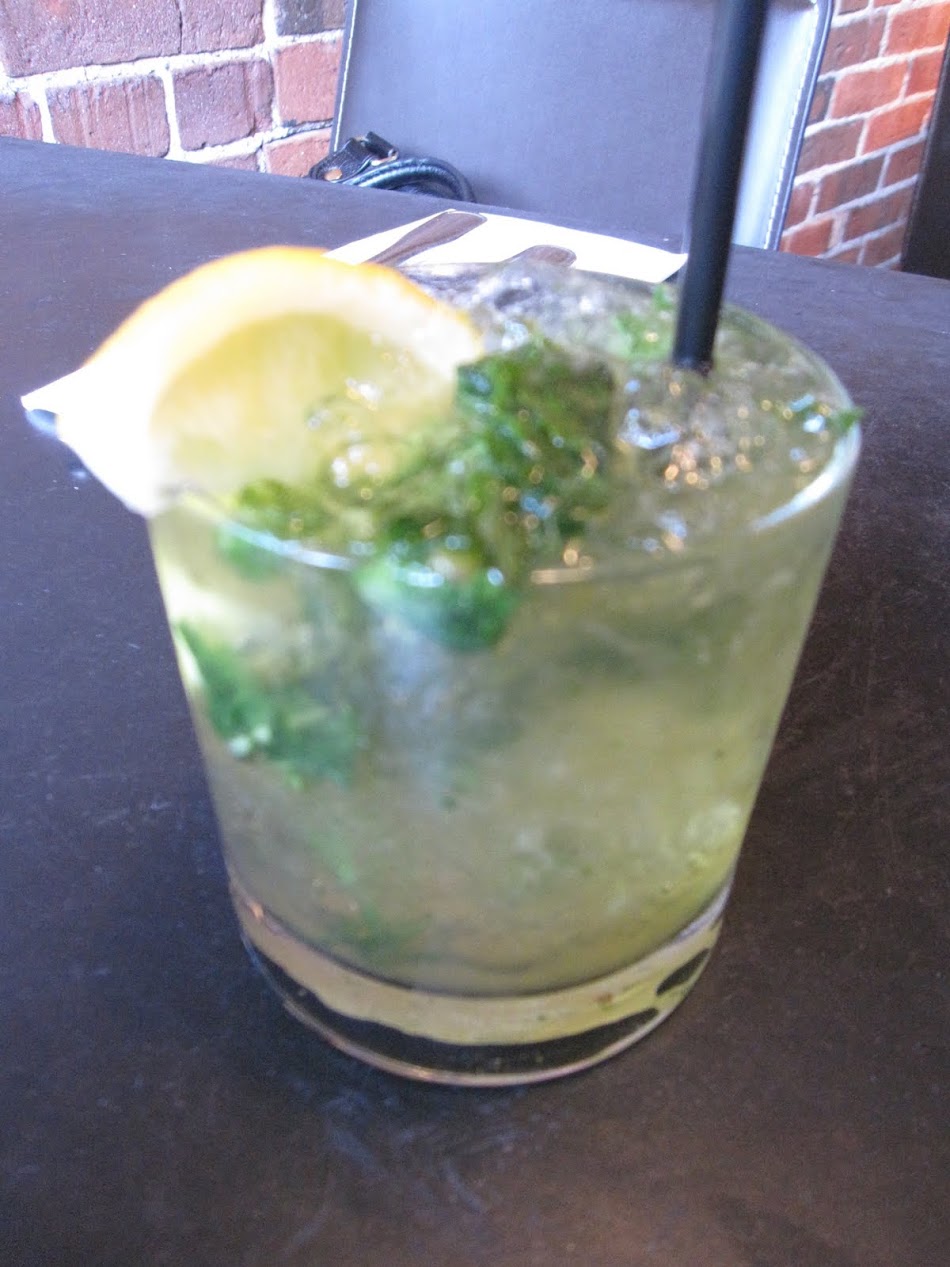 Our waitress soon brought us a basket of olive bread and hummus. Both the bread and the spread were delicious. 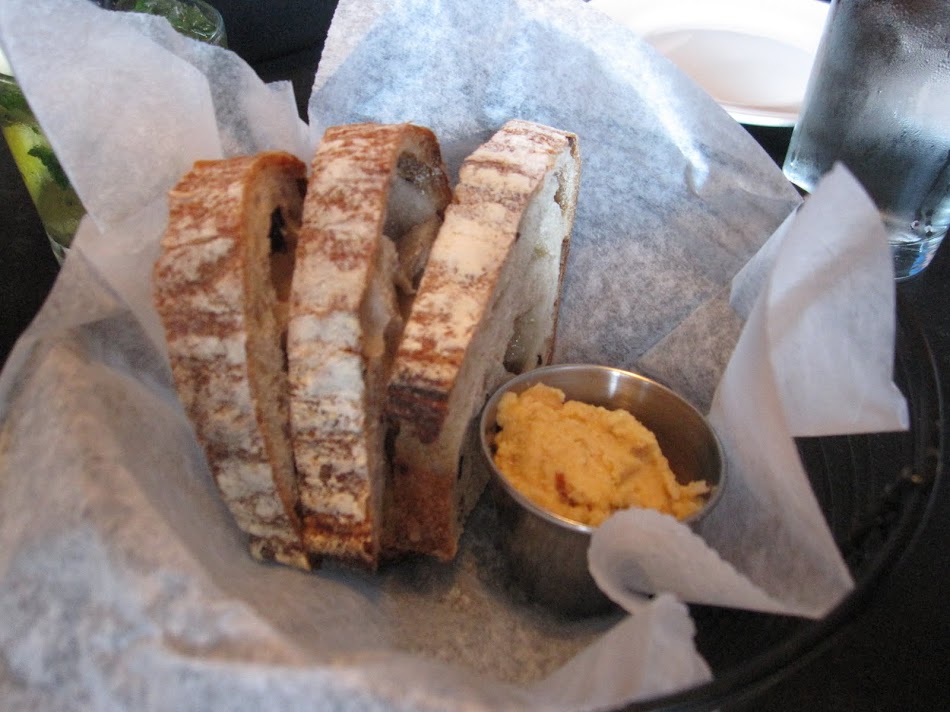 To start we split the mushroom arancini. The last two times this friend and I have dined together, we have ordered arancini (first at Bin 26 then at Bacco) and these were pretty fabulous. They had a crispy exterior, a warm, gooey, cheesy center, and a strong mushroom flavor. The dish was served with arugula, parmesan cheese and arrabiata sauce. 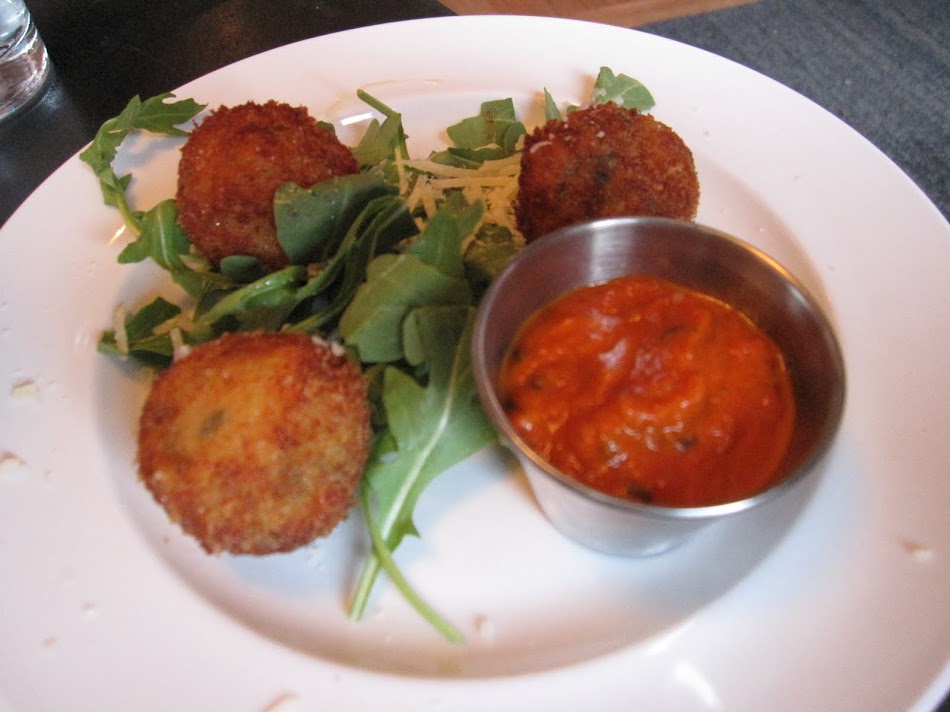 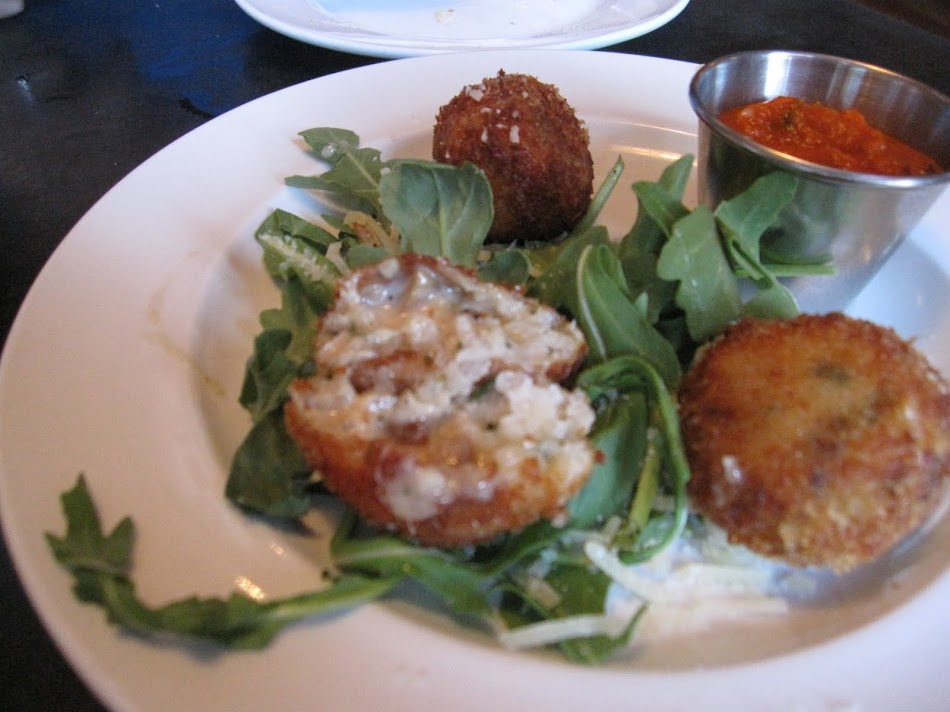 My friend ordered the asparagus salad, which had prosciutto, shaved fennel and was topped with a poached egg. The egg was barely cooked and when she cut into it, not only did the yoke run (which is normal) but so did the egg white. It was so runny it was inedible. 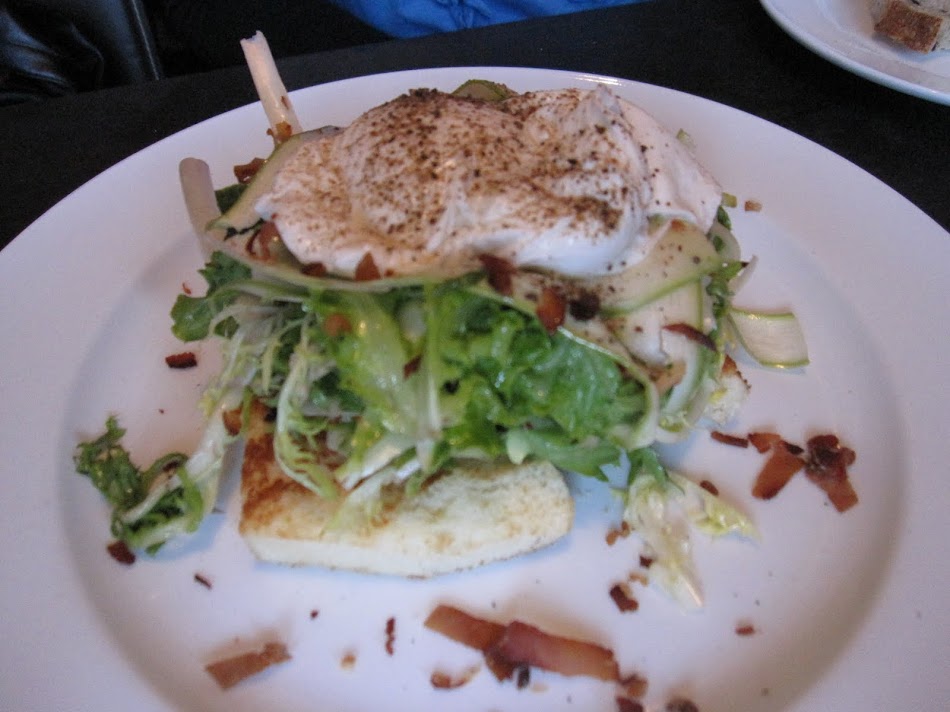 For dinner, she ordered the charcuterie plate which had house made soppressata, pork and duck pate and was served with toasted bread, pickled vegetables and a spicy mustard. She said without the spicy mustard, each bite would have been bland. 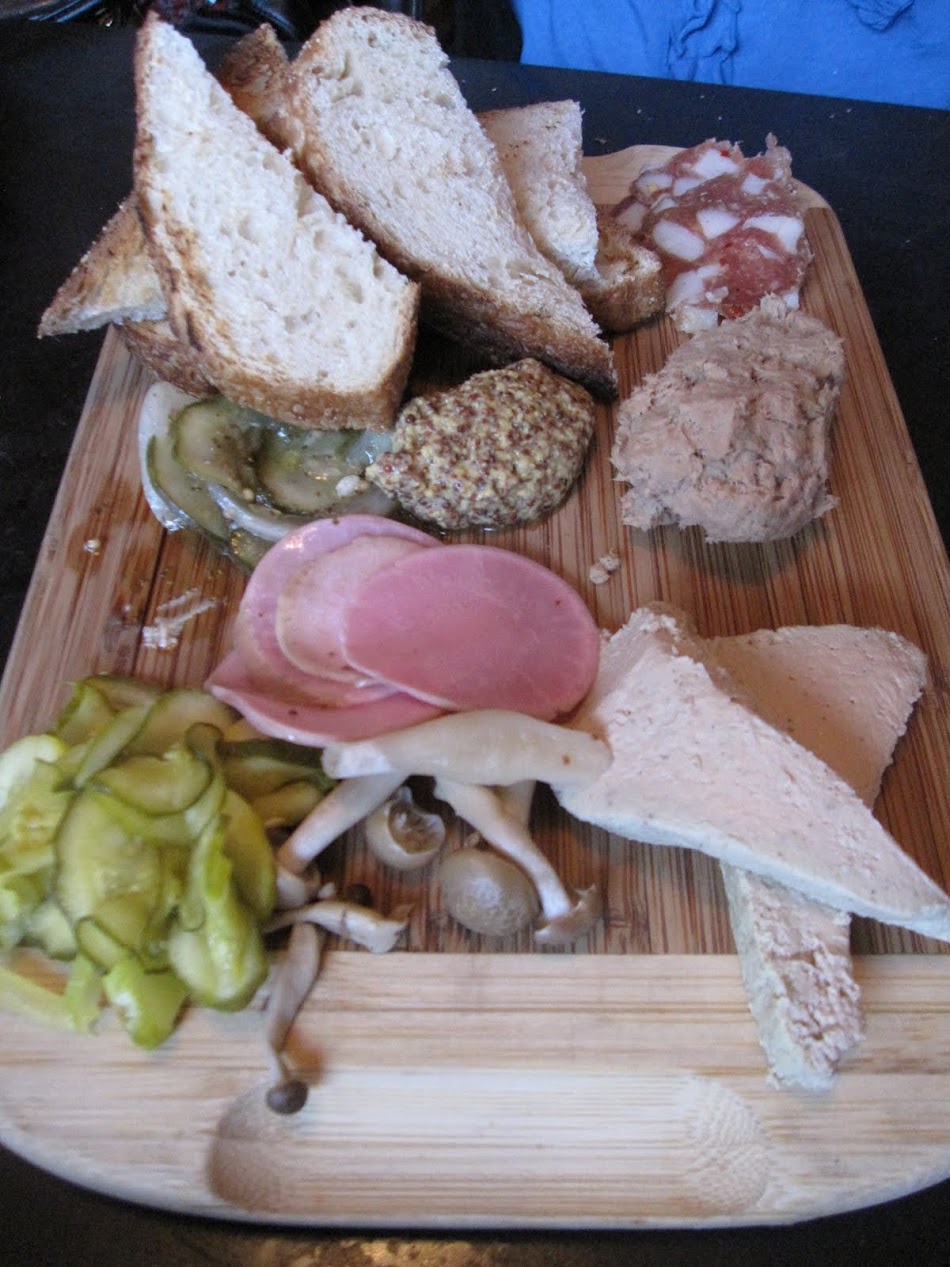 It was clear the pancetta was supposed to bring the flavor to the dish, because what was delivered to me was so bland that I was bored eating it. It takes a lot to mess up mac n' cheese, but this was terrible. 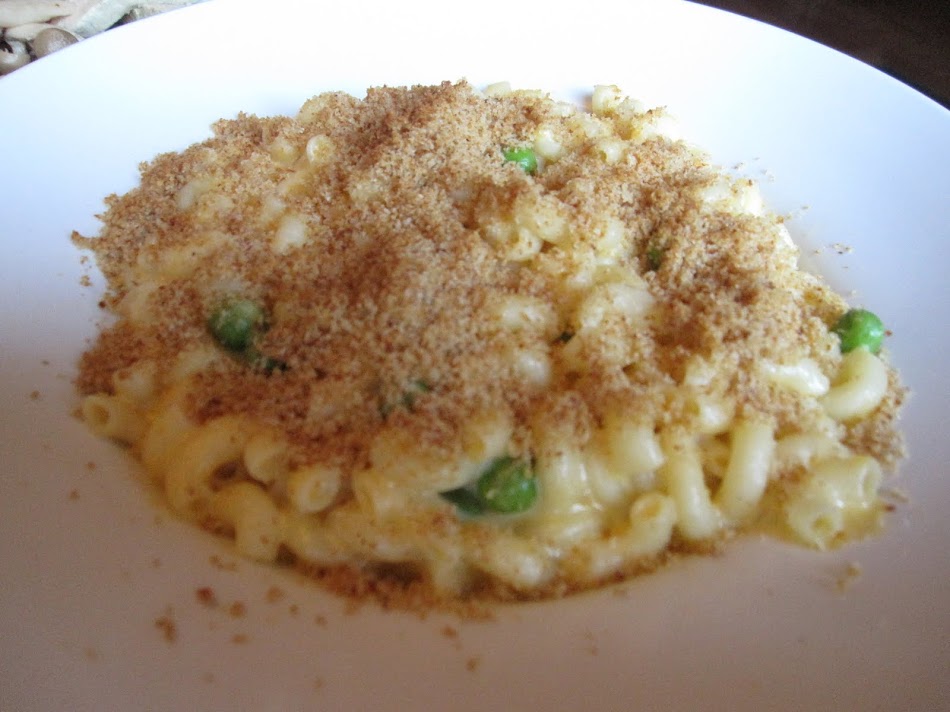 The best part of the meal was the side of french fries. They were thinly cut, expertly crisped, heavily salted and served with spicy mustard and a ketchup with a kick. We ate every last one. 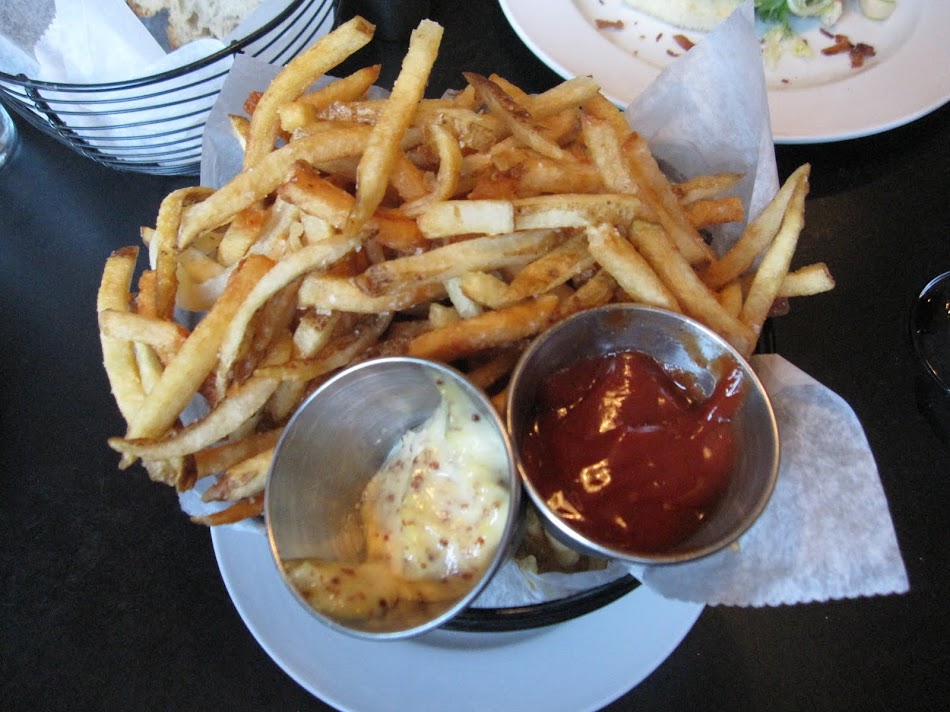 In addition to the poorly poached egg, the bland mac n' cheese, the flavorless charcuterie and our scatter brained waitress, we were also one of only four occupied tables in the whole restaurant (never a good sign), two of which, had young couples with babies. Did I just age another five years?

My friend, who again, used to live on this street and eat here regularly said, "What happened to this place?" You know what, I won't be returning again to find out. 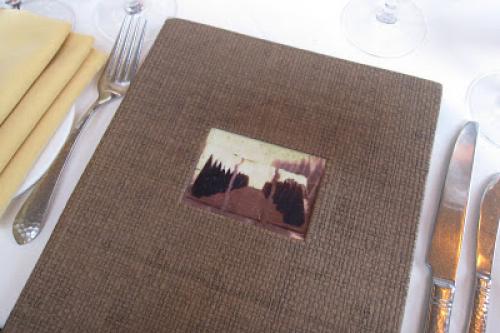 Other than awards season, my favorite time of year is the four weeks when the city's best restaurants open their doors for Restaurant Week. I've been traveling so much that I was afraid I might not be in town to enjoy a meal this cycle, but thankfully I was able to squeeze one in! 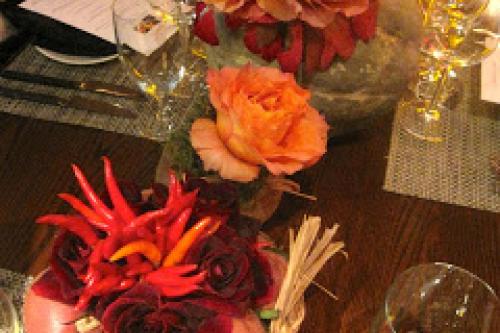 Recently I was invited by the kind folks at Himmel Hospitality Group to join them for a "Farm-to-Post" dinner at Post 390. For the last several months the team has been hosting dinners that showcase the produce or proteins from one of their partner farms and the evening I joined they were highlighting Sparrow Arc Farm in Unity, ME. 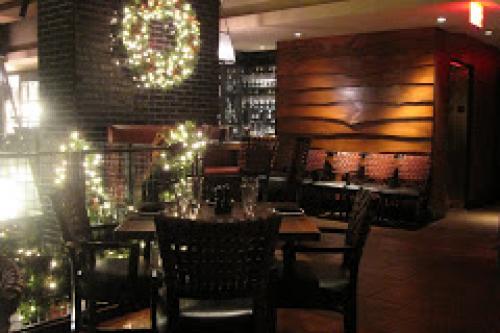 Last night I had dinner with one of my absolute favorite people at Post 390 in Back Bay.