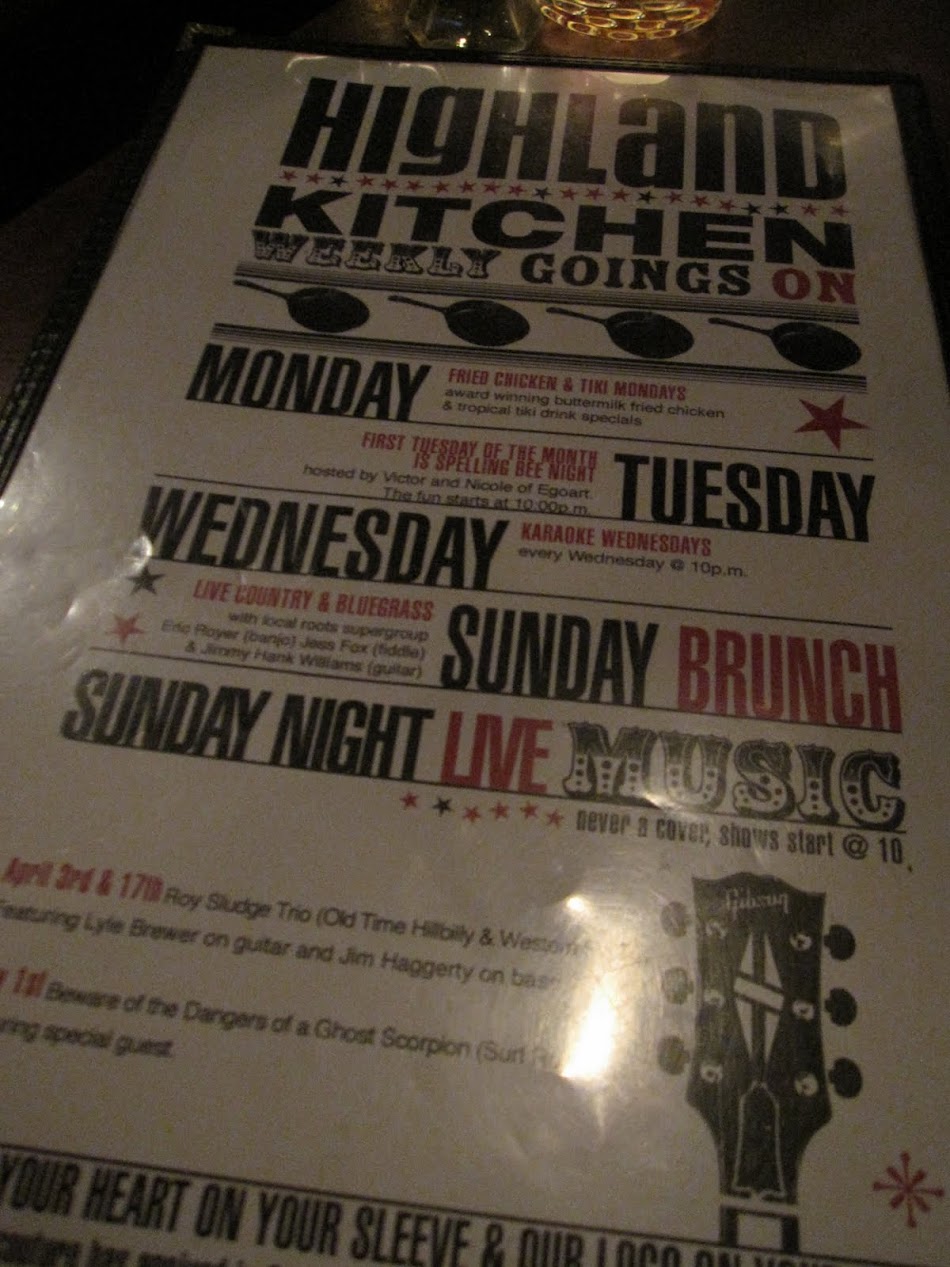 Last night I took one of my oldest and dearest friends to Highland Kitchen to celebrate her upcoming birthday. I had been wanting to try Highland Kitchen for well over a year and just never made it there. I put Highland Kitchen on a list I like to call "Surprisingly Cool Restaurants in Somerville" along with Gargoyles on the Square, Bergamot and Posto, just to name a few.

We walked from her place in Winter Hill down to the restaurant which is completely unassuming. Highland Kitchen attracts a bit of a hipster crowd, so there were a noticeably large number of people smoking out front. 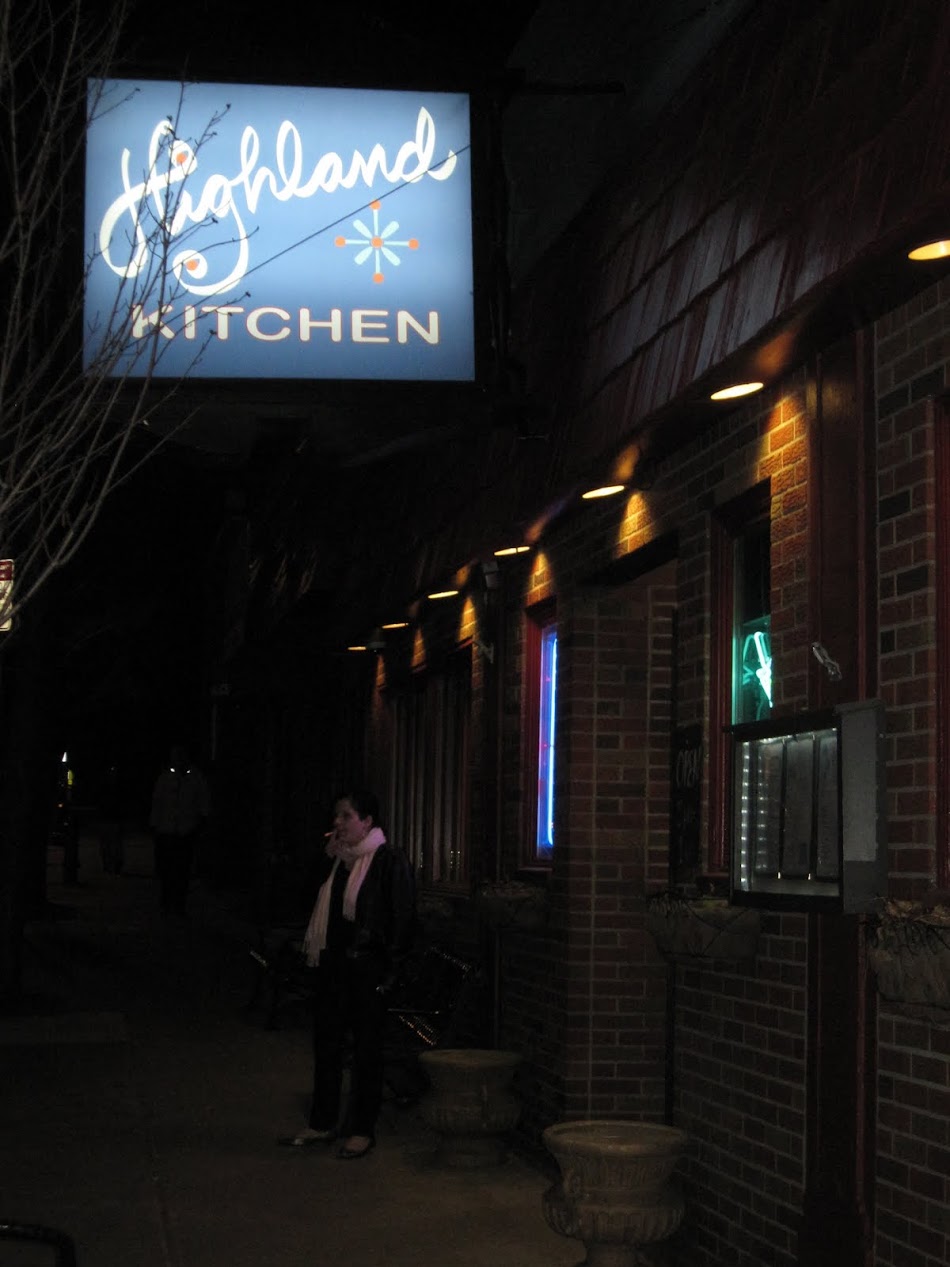 When we arrived the hostess let us know the wait would be about 45 minutes so we happily took a seat in the bar area. The bar was completely packed, about three people deep to get to the bar itself. The birthday girl had been before and was particularly attracted to one of the bartenders who happened to be working again last night. He noticed her immediately and passed menus over the crowd to us. 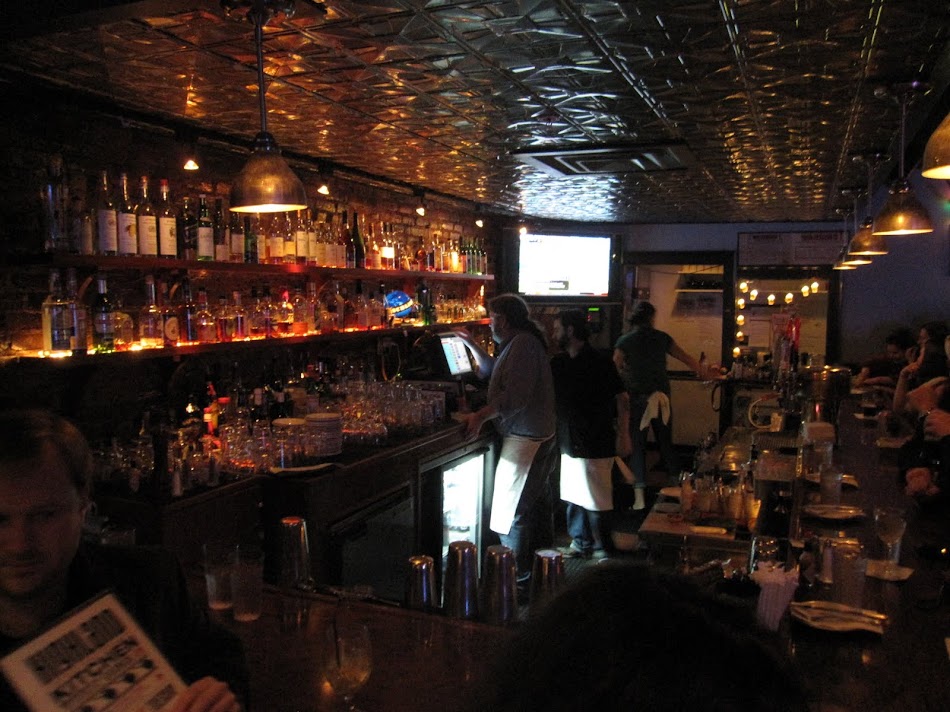 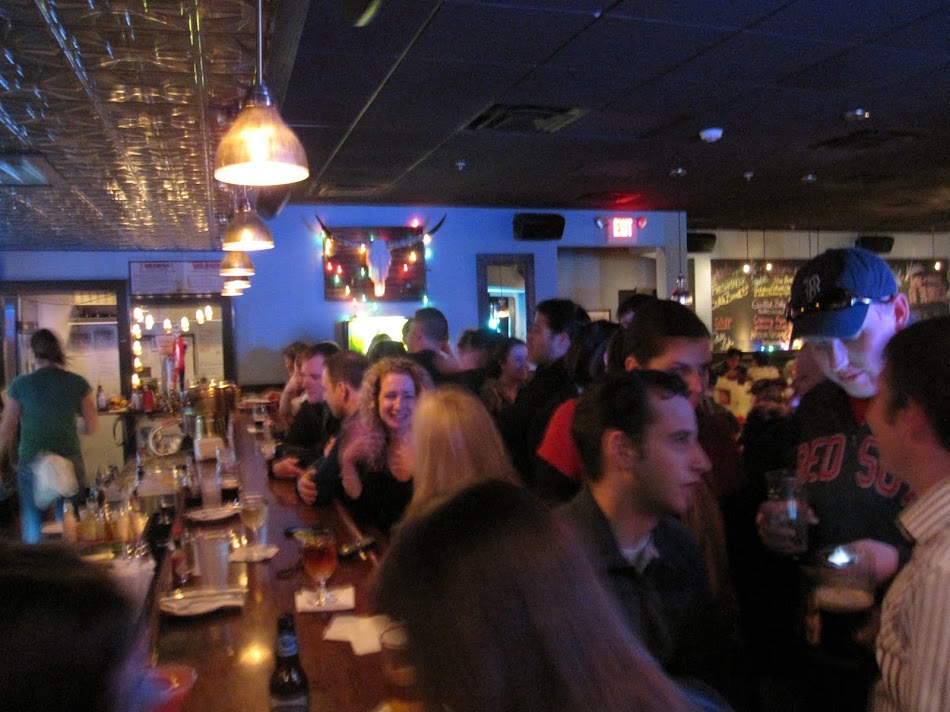 I decided to try the Sheraton Commander cocktail which is blueberry vodka, lemon juice and ginger ale. The birthday girl prefers not to drink alcohol so the cute bartender whipped her up a virgin drink that was mostly ginger beer, which she loved. 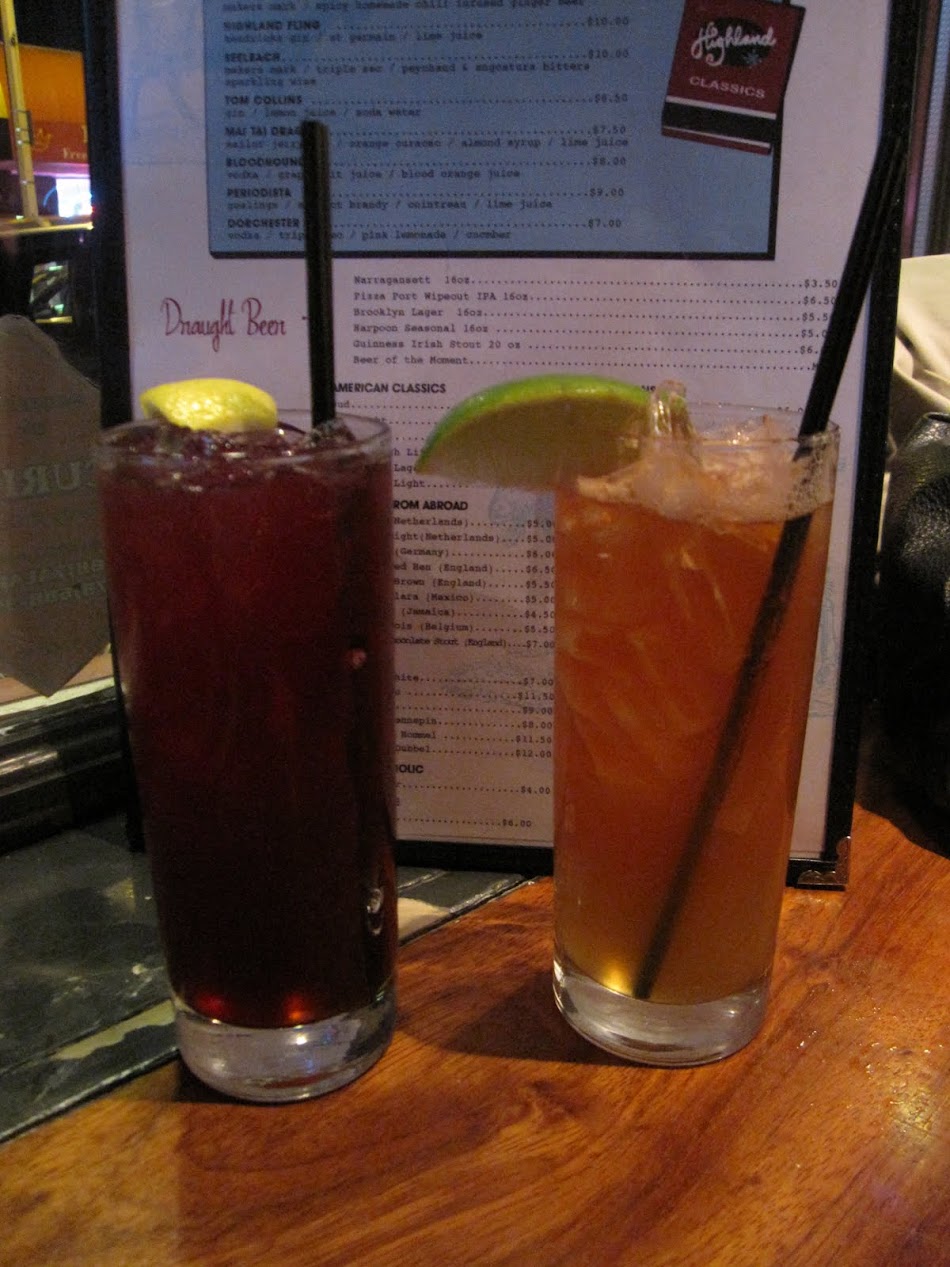 We were contemplating a second round when the hostess told us our table was ready. We were seated right in the middle of the dining room with a great view of the specials, which were scrawled in multi-colored chalk on a huge blackboard at the back of the room. 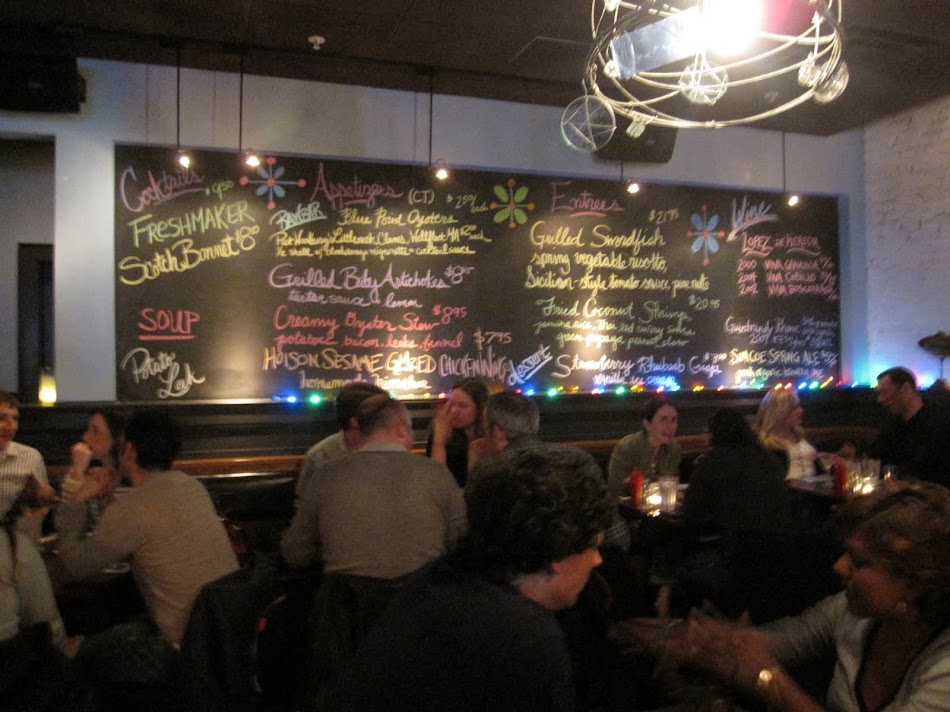 Our waiter came by immediately to ask if we'd like to order a drink. I decided to go for the #117 Prado margarita which comes with tequila, lime juice, grenadine and a cherry. The drink arrived and was spectacularly pink. It was incredibly strong and I was buzzing after two sips. Ladies, if you come to Highland Kitchen on a date this will ease your nerves immediately. 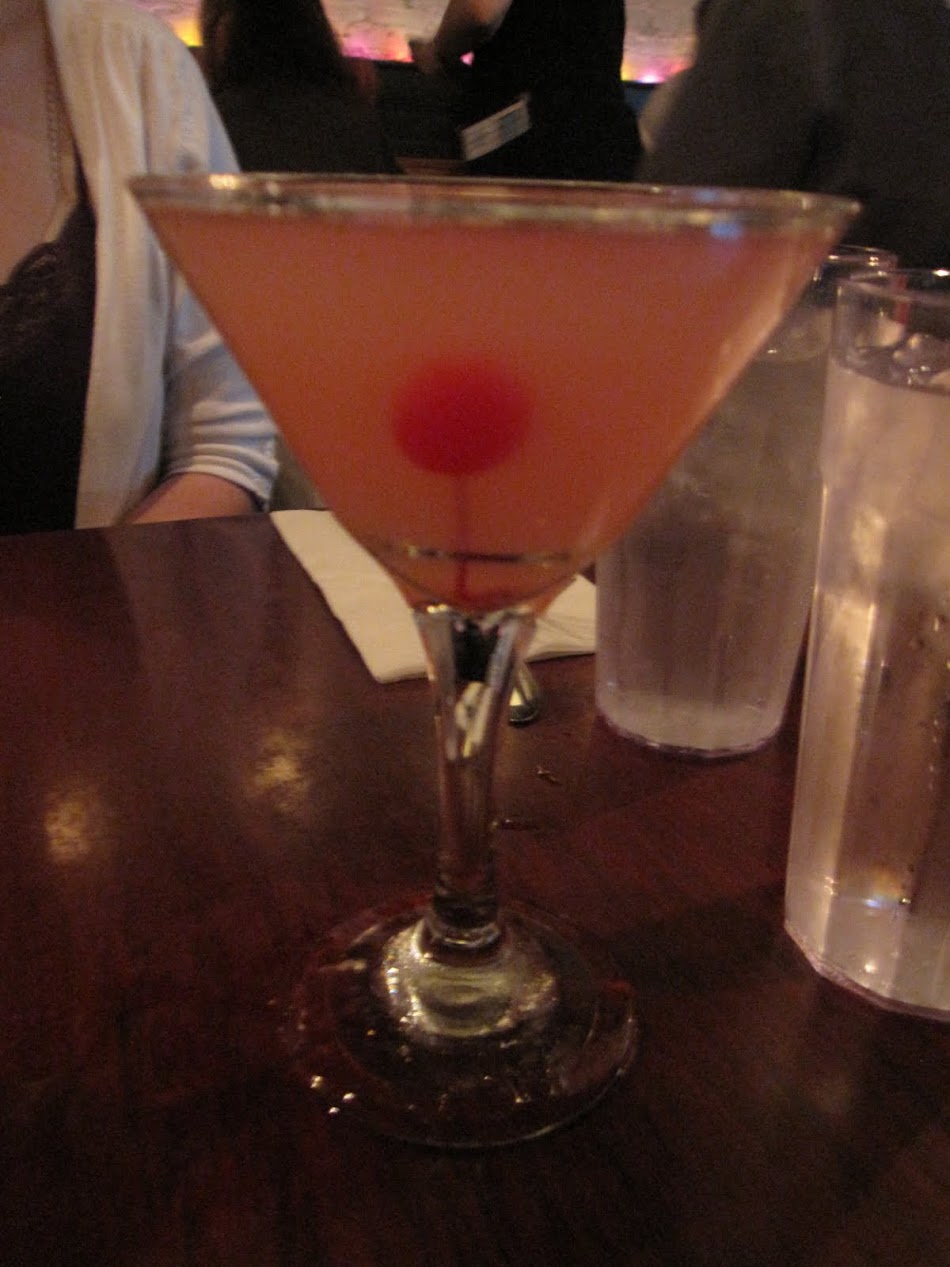 At the recommendation of the birthday girl we started with the buffalo fried brussel sprouts appetizer. I love buffalo sauce and as a vegetarian, I don't get to eat it very often. The sprouts arrived piping hot. We could see the steam coming off of the plate. The buffalo sauce was super delicious with a serious kick. If you don't like hot/spicy food - stay away. The sprouts also came with blue cheese sauce for dipping which was necessary given the heat of the sauce. They were so delicious I wanted to order another plate right away! 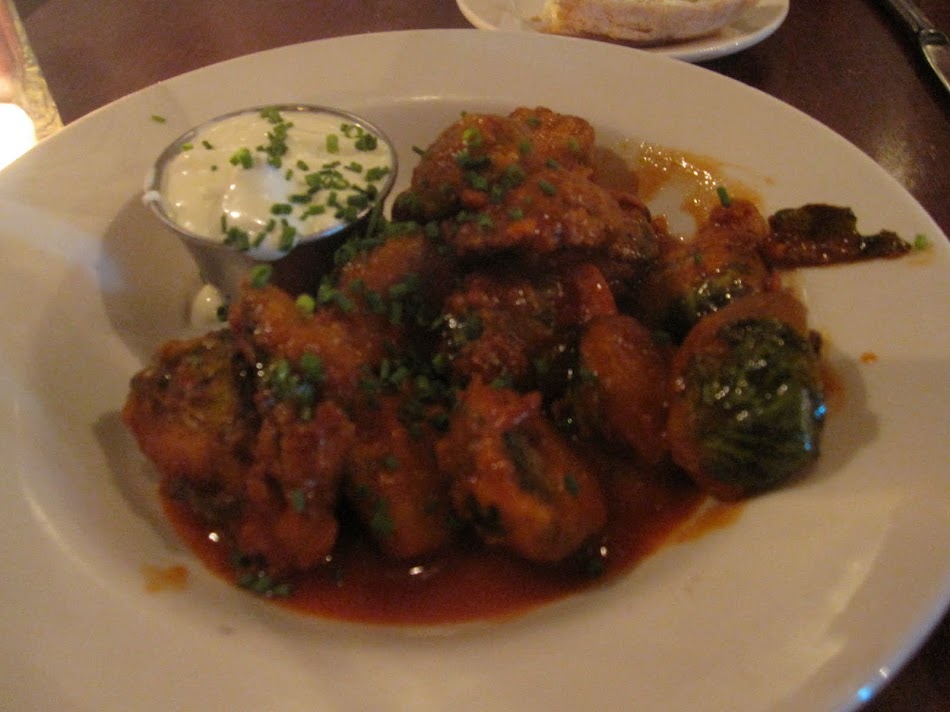 For dinner the birthday girl ordered one of the specials: hoisin-sesame glazed chicken wings. We had seen a group of guys order these at the bar, so she already knew was wanted them. She said they were juicy and the sauce was fantastic. She ate every last one. I decided on the black bean veggie burger which came topped with guacamole, diced tomatoes and jack cheese. I've eaten a lot of veggie burgers and this was superb! I would happily order it again. I was also thrilled that the burger came surrounded by a moat of french fries! They were finger-licking good. 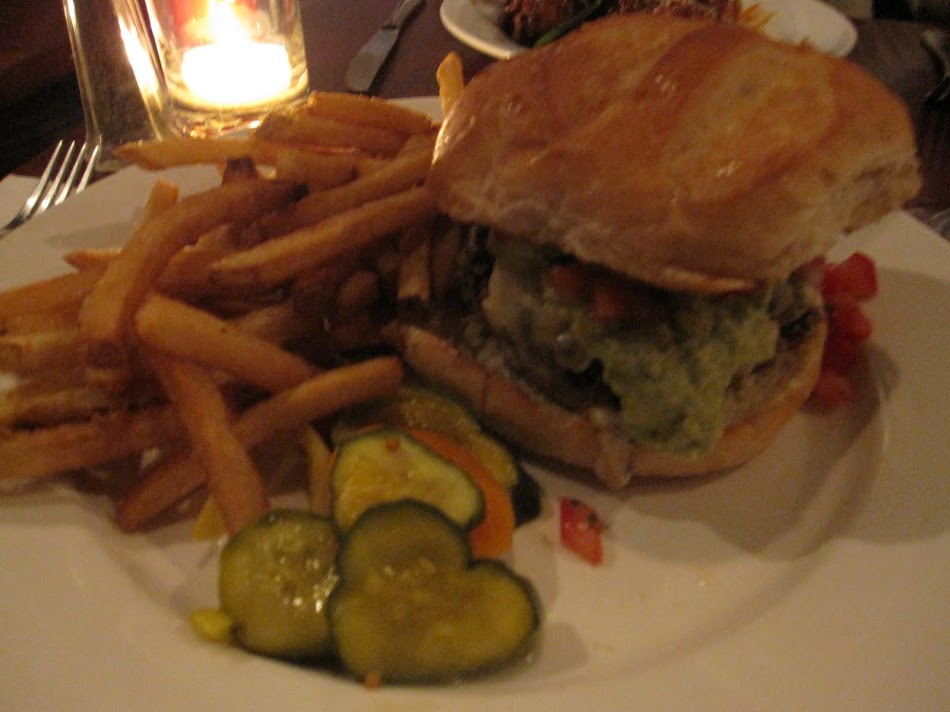 Our very sweet and attentive waiter came back to ask if we'd like to have dessert but we were entirely too full.

I absolutely loved Highland Kitchen. It had a great vibe, a lively crowd, fun decor, a friendly staff and of course, amazingly craveable food. I already have my eye on a few things I want to order on my next trip.

Highland Kitchen also has special events on certain nights of the week including Spelling Bee contests on Tuesdays! I know a few wordsmith-y friends who need to toss their hat into that ring! A friend also told me they have a killer Sunday brunch with the best bloody Marys he's ever tasted. Well then!

To say that I am a fan of Boston chef Ana Sortun would be a drastic understatement. Her Mediterranean bakery, Sofra, is just a few blocks from my house and has become a weekend staple. Each week I look forward to popping in for a piping hot bowl of shakshuka, a fragrant pastry, an ice cold Red Dragon tea or grabbing some mezze spreads to go. Her Cambridge restaurant, Oleana, is exquisite. 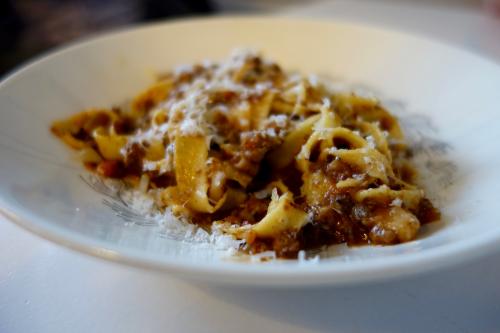 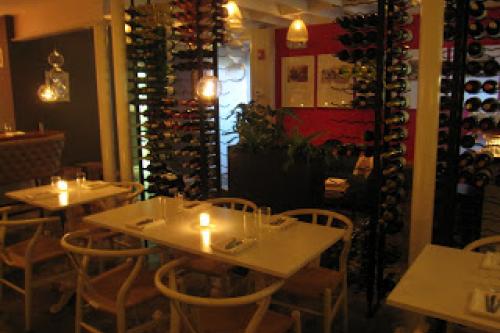 Dining Out: Casa B

A friend of mine did some PR for Union Square's Casa B for their grand opening, so I actually knew about the place before they even opened their doors. As photos of the restaurant went public along with menu items, I was committed to getting across the river to check it out.