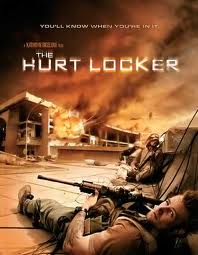 Its been nearly a year since Katherine Bigelow and the Hurt Locker cleaned up at the Academy Awards and I've only just now gotten around to seeing it! This movie came highly recommended by several friends so I was looking forward to finally understanding what the hype is about. 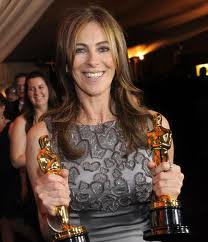 For me, the most powerful aspect of the film was the way it heightened your senses. The movie is shot so that you can feel the hot sun beating down on you, you wince as the sand whips against your face, and shiver as the cold water smacks against your body in the shower. I can't remember ever seeing a movie that focuses in on the elements like that. 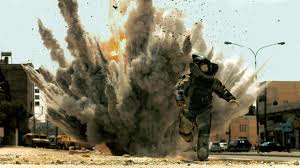 Jeremy Renner gave a superb performance as the bomb dismantler (not the military term). It was almost beautiful the way he carefully examined and expertly took apart those explosives. He also perfectly portrayed a man who is addicted to the war life. He happily leaves behind his wife and young son to return for multiple tours of duty. I loved Jeremy Renner is Ben Affleck's "The Town" and I look forward to seeing what he does next. 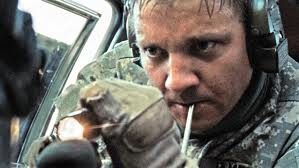 The scene that sticks out to me most is when Renner's character finds explosives embedded in the body of a young boy he believes is the same boy that sells DVDs near their army base. Moment of silence as you cringe again. I had my hands over my face the entire scene, and the subsequent scenes where Renner leaves the base to investigate who did this to the boy.

I would give Katherine Biglow the Academy Award just for the sensory overload of this film. Its unique and compelling. I wasn't blown away (no pun intended) by the movie as a whole, but I'm definitely glad I saw it.

What did you think of the Hurt Locker?

END_OF_DOCUMENT_TOKEN_TO_BE_REPLACED

Mindy Kaling served as producer, writer and lead actor in Late Night, the story of a young, Indian woman hired to fill a diversity quota in a writer's room staffed by all white men.