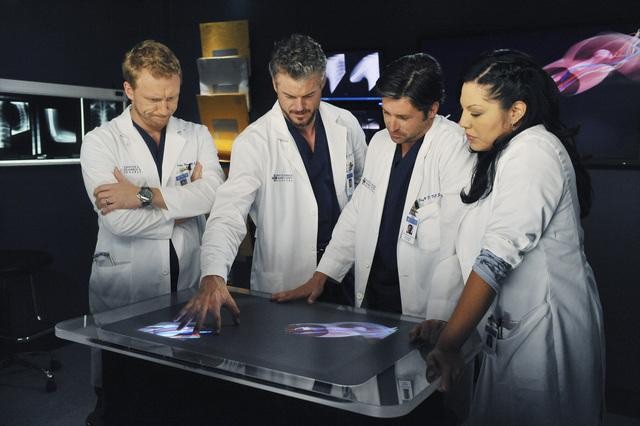 This week on Grey's Anatomy a film crew invading Seattle Grace as the Chief hoped to restore the hospital's reputation via a documentary special. At first the documentary style episode seemed to be wasting a lot of time providing background on each doctor and their experience during the shooting, but by the end, it exposed some new truths.

For one, Cristina's breakthrough last week seems to have been a fleeting moment. This week, although she did assist Meredith is treating several patients, she always backed away just before she was asked to actually operate. She is clearly still incredibly traumatized.

This week we also learned that Dr. Avery is more harmed by the shooting than previously revealed. His recent poor performance worsened this week when he had a near panic attack while giving chest compressions to a patient in distress.

In other sad news, Dr. Bailey's patient Mary (played by Mandy Moore) returned to the hospital for the surgery she was supposed to have the day of the shooting. Despite a routine procedure this time around (and a mostly composed Dr. Bailey) Mary never wakes up from her surgery. And cue the tears! Whenever Mandy Moore is on screen I always wind up crying! Walk to Remember, anyone?

There were some uplifting moments this hour. All the attendings operated on a man receiving donors arms. The most hysterical moment in the episode came when the doctors discovered a tattoo on the donor patient's arm. Of his wife's name (Nicole)! When they asked the recipient how he felt about it, he said, "I love the name Nicole." and his wife jumped in, "I'll change my name to Nicole!" Hilarious.

In other good news, Arizona receives a prestigious grant to travel to Africa and Callie decides to go with her. What does this mean for the show? Will the characters simply never appear again? 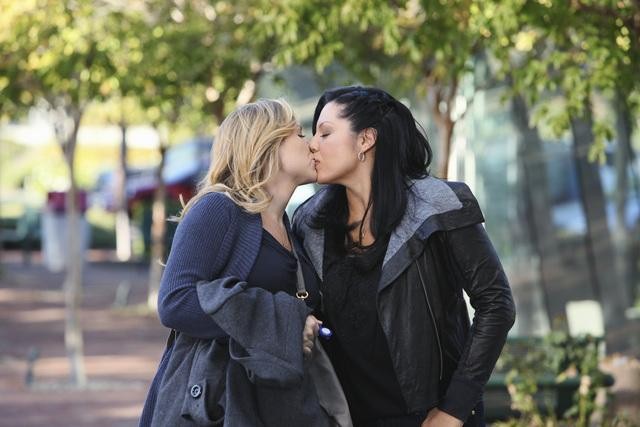 This episode Dr. Karev was in the spotlight as he paid extra special attention to a pediatric patient. He sang along to her iPod to keep her calm during a scan, he texted her pictures of her growing trachea, and he even went to her school for show and tell. I found this story line to be a little insincere. We've seen Dr. Karev get attached to one or two patients, but he's never been this devoted. Maybe the shooting did change him, but I thought it felt inconsistent with usual "tough guy" persona.

In previews for next week Cristina seems to have a total meltdown. Here we go again.

This episode was a fun one, and I am glad I watched it with my significant other. There was some information about CBD products in this episode, as well, and that caught me a bit off guard. I wasn't expecting that.

Yes i am totally agreed with this article and i just want say that this article is very nice and very informative article.I will make sure to be reading your blog more. You made a good point but I can't help but wonder, what about the other side? !!!!!!Thanks ppe shop

END_OF_DOCUMENT_TOKEN_TO_BE_REPLACED

The Bachelor: Taking The Plunge

Can I just say again how excited I am that "The Bachelor" is on twice this week? I have no idea why ABC decided to do this, but it thrills me. 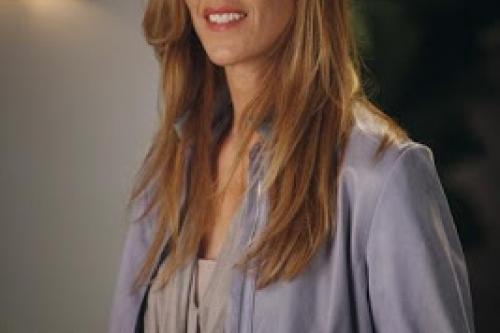 Full disclosure, I watched tonight's episode of Grey's Anatomy after three very full glasses of wine, so my perception of the events may be a bit . . . off. I cannot believe Shonda killed Henry! How can you hurt Scott Foley? I don't know what is more upsetting, losing Henry or waiting for Teddy's reaction to learning she's lost Henry. My heart is already breaking just thinking about it. 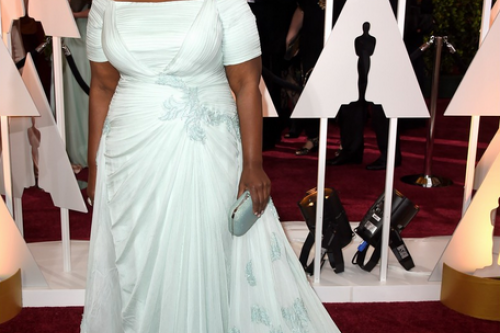 Other than my birthday, Oscar night is my favorite occasion all year. We've had warm ups with the Golden Globes, the Screen Actors Guild Awards and the Grammys, but this is the real deal. The big kahuna. Even more than the awards show itself, the part I love the most is the red carpet fashion. This year there were some incredible stunners and some equally disastrous flops. Let's get right to it, shall we? BEST DRESSED