Though not a part of the three months known as "awards season" the primetime Emmy awards is one of my favorite broadcasts because it honors so many of the shows I look forward to watching every week. It also means, in the two hours before the broadcast, E! interviews and dissects the fashion of all the A list celebs on the red carpet.

Let's kick it off by high five-ing the celebs who absolutely murdered it on the red carpet. My top pick of the night is Claire Danes, who is literally glowing in this Armani Prive sequin, column dress. Claire took home a statue for her performance in the HBO mini series Temple Grandin. 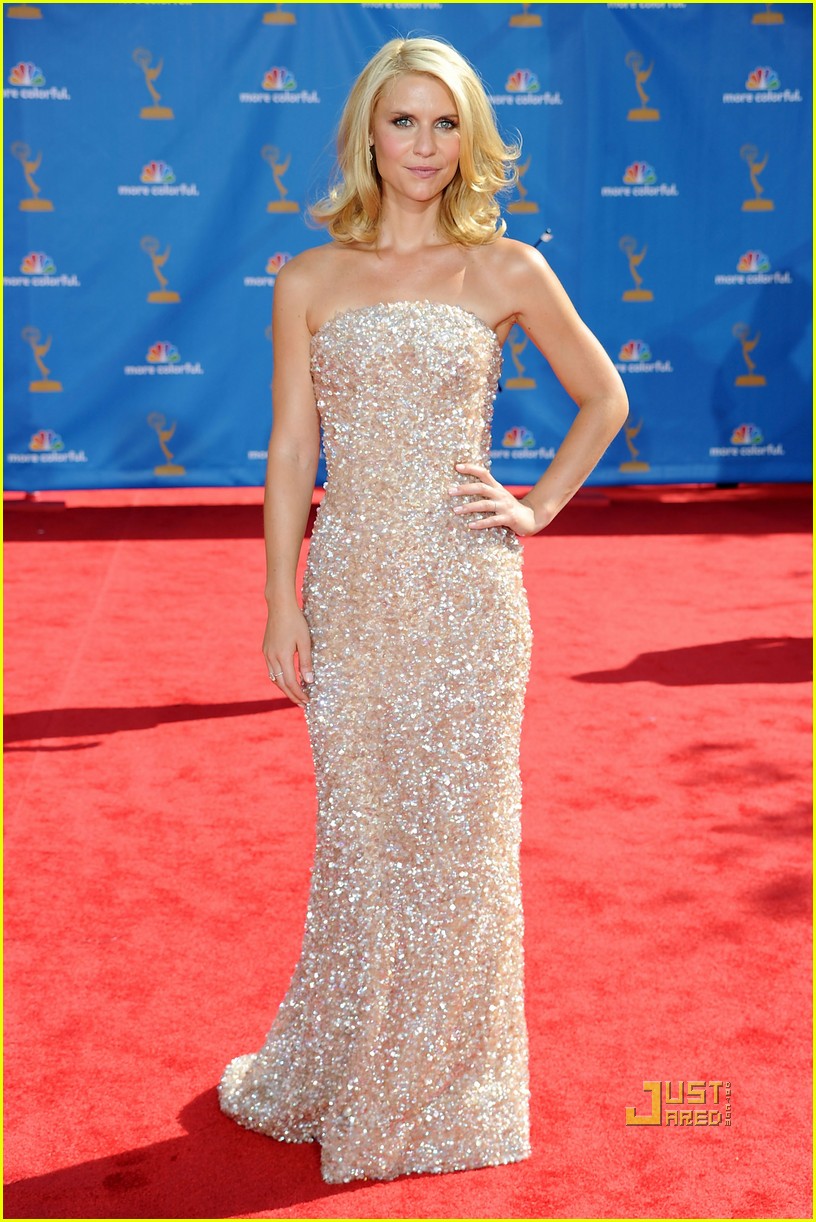 Secondly, Heidi Klum. Not only do I adore Project Runway and envy your clear obsession with your husband and family, but damn girl! Do you know how to pick a dress! Heidi is rocking a short, strapless dress by my favorite designer, Marchesa. 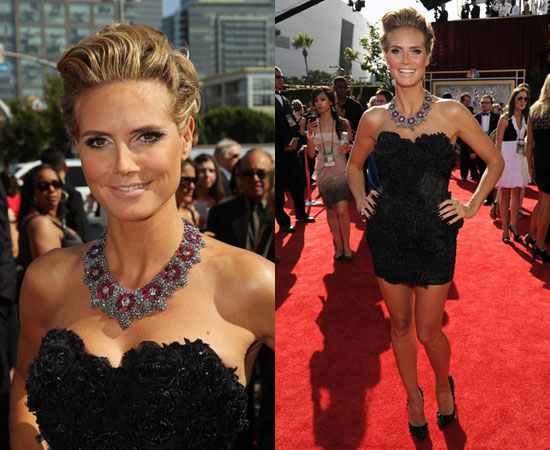 Julia Louis-Dreyfus. You have an 18 year old son yet you have the body of an 18 year old. Major props for sporting a Narcisco Rodriguez gown with a sheer empire waist! I also love the hair and the blue earrings. Bravo! 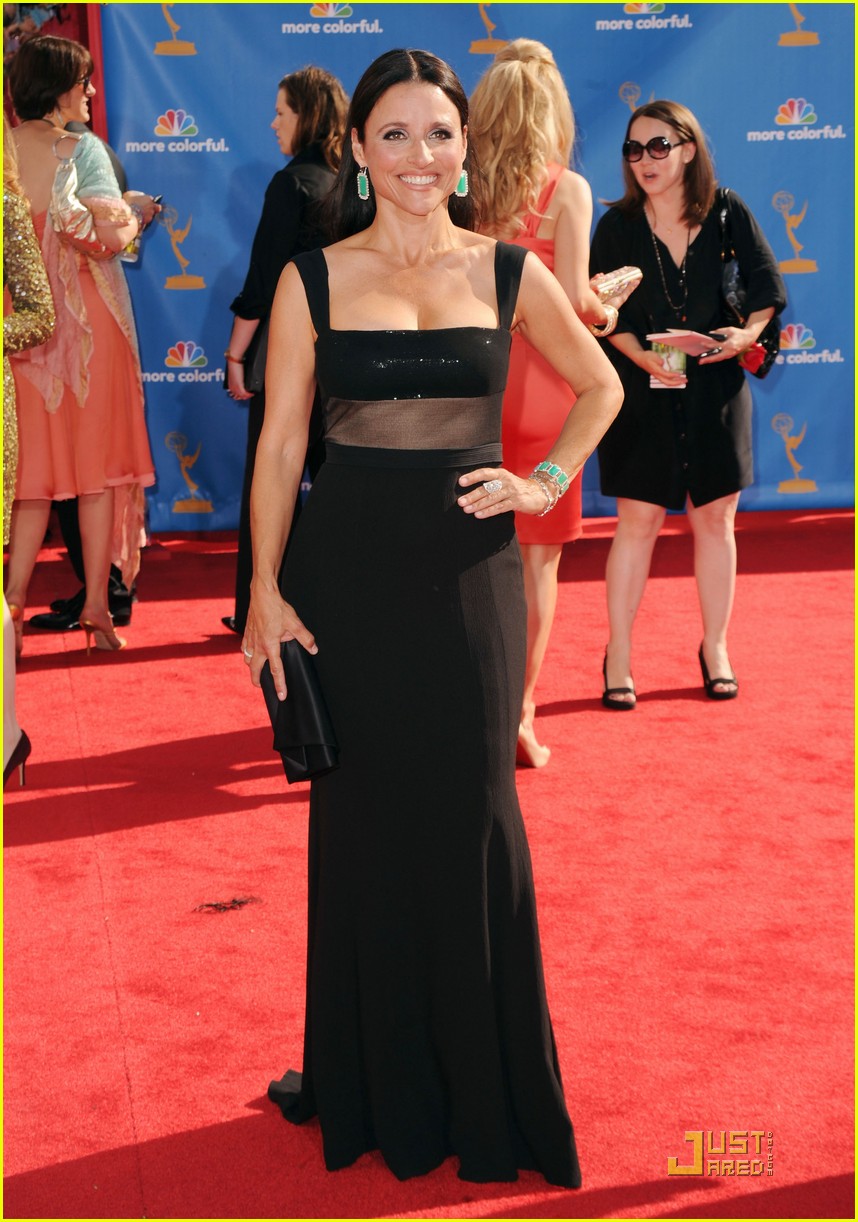 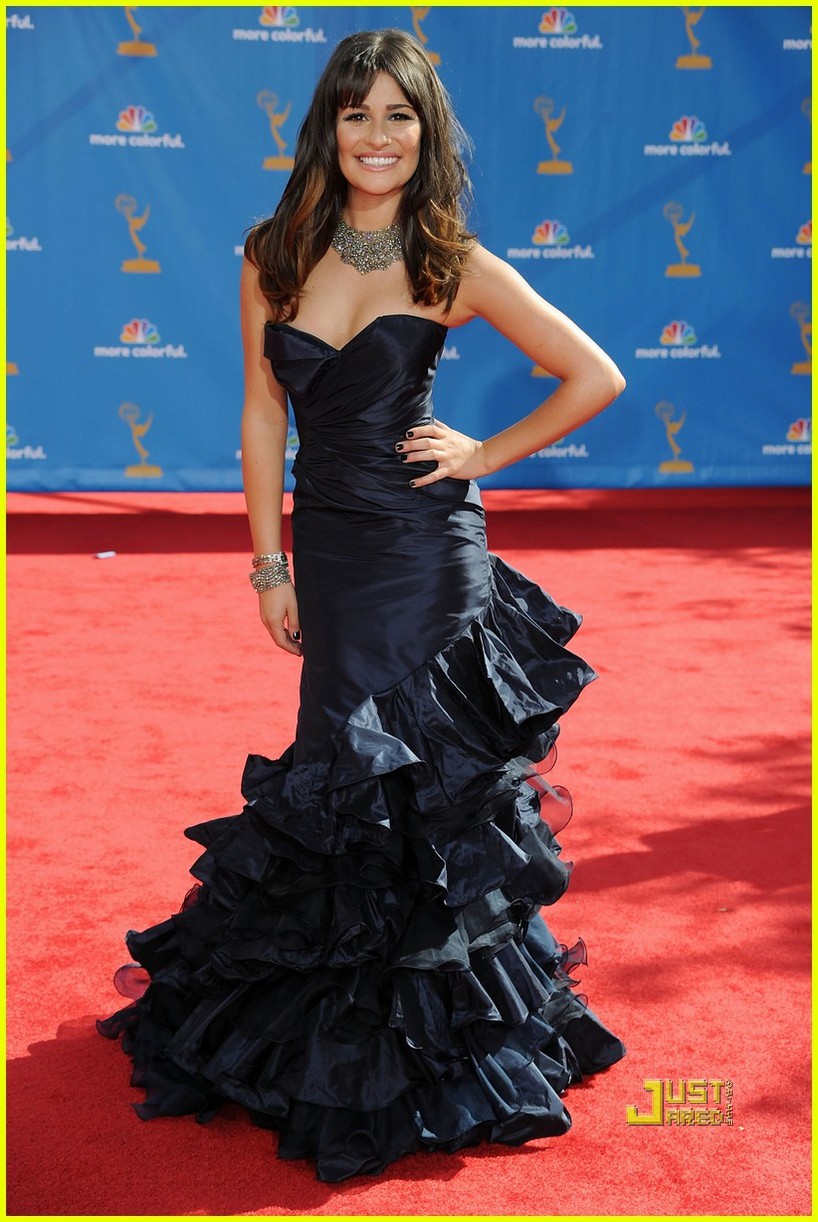 Jon Hamm. Can a man look better than this? 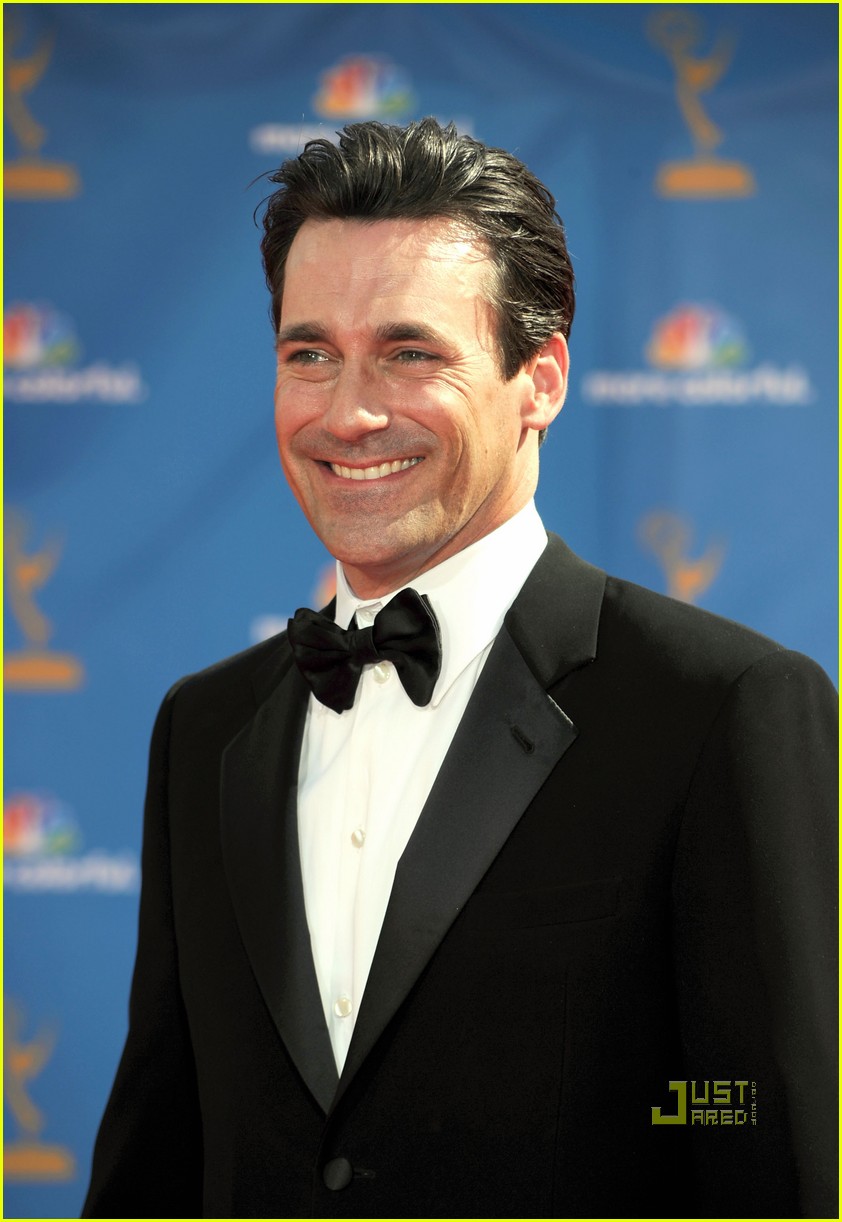 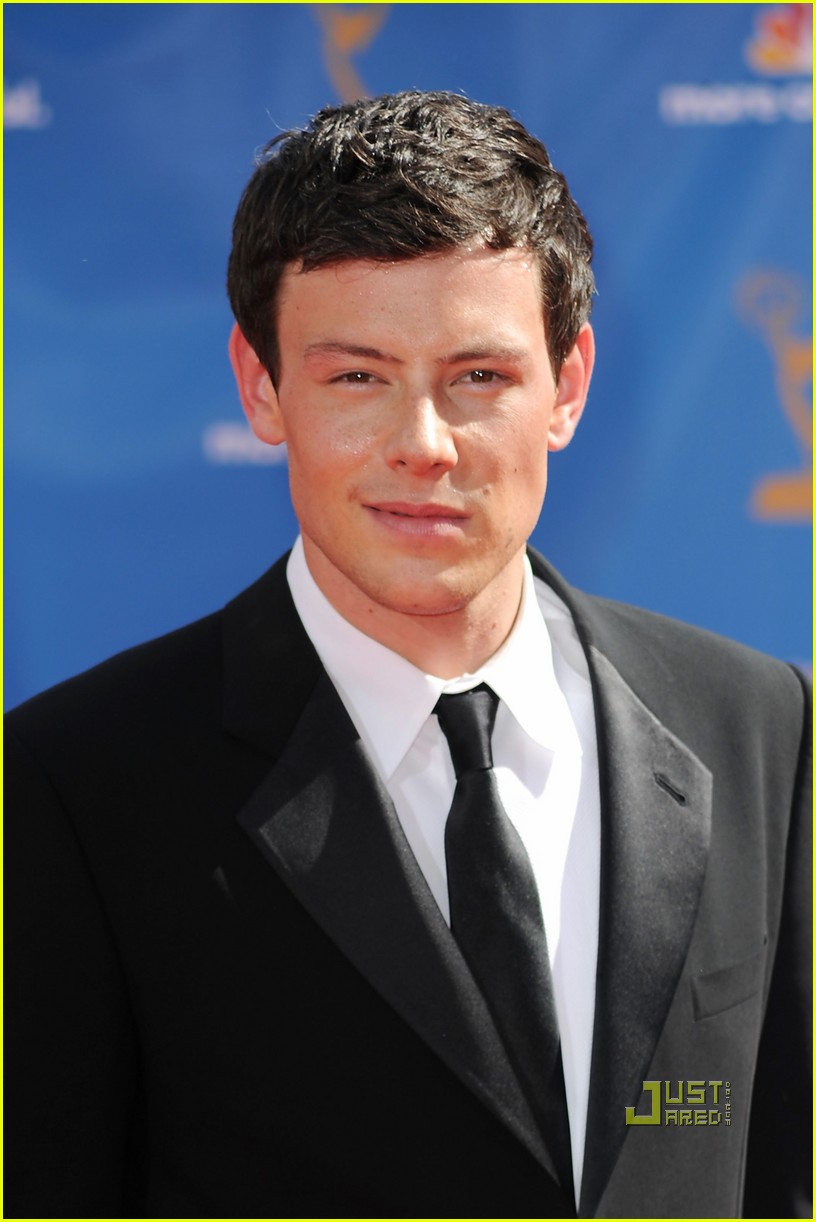 Not only did this year's primetime Emmy awards deliver some incredible fashion, but the show itself had several highlights. My favorite moments:

- Eric Stonestreet wins for his role as Cam on Modern Family! So well deserved. I cannot wait for season two!
- Steve Levitan wins for writing on Modern Family and gives a hilarious acceptance speech. Par for the course.
- A fantastic George Clooney/Modern Family video package.
- Top Chef wins for best reality competition series! One of my absolute favorites! Padma could not contain her excitement on stage. A stark contrast to her usual game face at judge's table.
- The most fierce "best actor in a drama series" category in years! Hugh Laurie, Jon Hamm, Kyle Chandler, Matthew Fox, Michael C. Hall and the ultimate victor, Bryan Cranston of Breaking Bad. I finally added his show to my Netflix queue!
- Jimmy Fallon's musical montage including spoofs of Elton John, Green Day and an epic imitation of Boyz II Men. Classic.
- George Clooney receives the humanitarian award. Does this man have a single flaw?
- Modern Family wins for best comedy! Hurrah!

Did you watch? Who makes your best dressed list? Did your favorite shows win? Who was robbed? (Besides Kyle Chandler and Connie Britton from Friday Night Lights).

A big thank you to Just Jared and Fab Sugar for their excellent photo coverage of the red carpet!

END_OF_DOCUMENT_TOKEN_TO_BE_REPLACED

Wahhhhhh! I am currently traveling for work, which means I won't be able to watch "Grey's" tonight and share my thoughts with you.

Drama, romance, reality - whatever your TV and movie preference, I have new recommendations for you. Happy streaming! 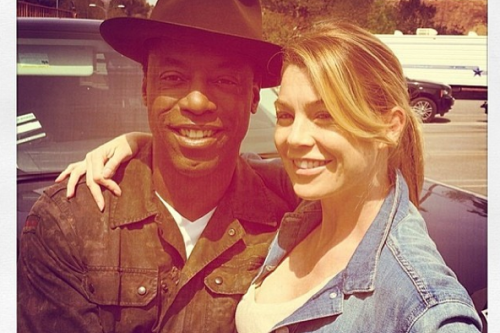 Tonight, actress Sandra Oh will put on her Dr. Cristina Yang scrubs for the last time. I am disappointed to be traveling for work today and unable to watch the episode live with all of you tonight.