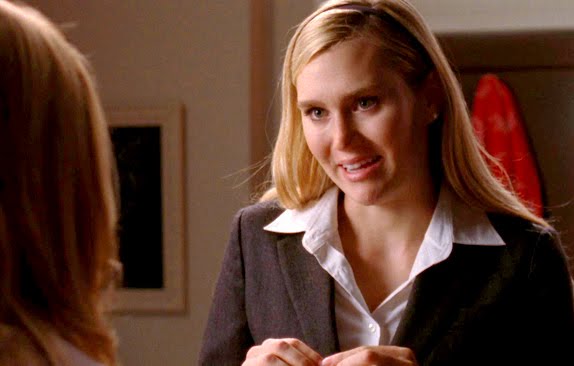 Although I don't often write about it, every Monday night I watch ABC Family's college comedy GREEK. This week's episode was one of the best I have seen, due in large part to a new character this season, Katherine.

As the president of her sorority and the chair of the panhellenic committee, Katherine is painfully type A. Last week Casey got the great idea to set her up with Rusty and hilarity ensued as her crush intensified (in an organized way, of course).

Bravo, GREEK writers for a fantastically intense yet insecure character who is so real it hurts. I can't wait to see how Katherine deals with this humiliation next week.

In addition to the awkward joy that is Katherine, the scenes from last night's episode at Gentlemen's Choice were sublime. Grant and Calvin's attempt to further embrace their "gay-ness" is hysterical and Evan taking off his shirt to make more money was perfection. I also loved Ashleigh and Rebecca showing up to avoid a frat house full of grabby boys. 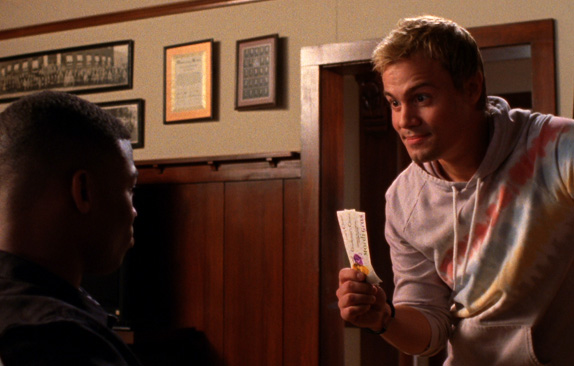 I also love Rusty's lab assistant Dana. Although the previews hint that Rusty tries to date both her and Katherine, I would love to see Dana with Dale! Can you imagine it? It would be glorious.

As for the Casey/Cappie romance, I sincerely hope Cappie performs a miracle grand gesture to reel Casey back in and away for legal hunk Joel. We waited so long for them to reunite! 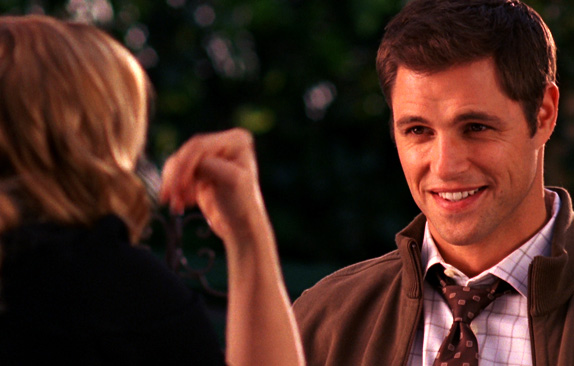 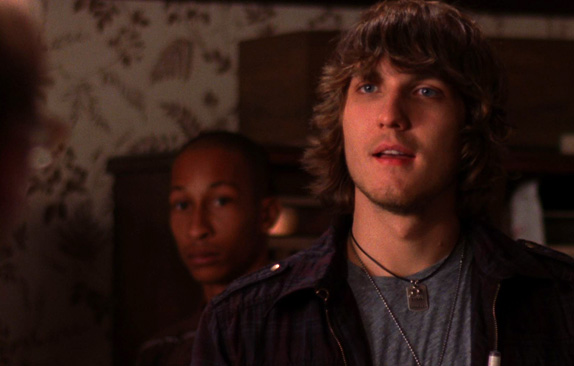 If you aren't already watching, be sure to tune into ABC Family's GREEK every Monday at 10:00 pm.

END_OF_DOCUMENT_TOKEN_TO_BE_REPLACED 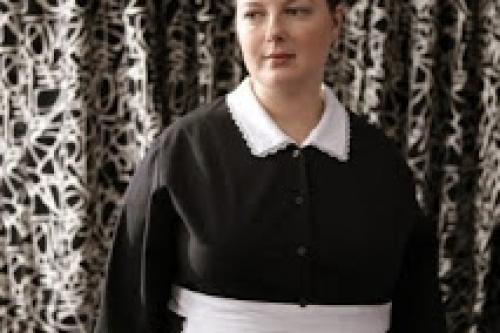 This week on Gossip Girl the gang is back in New York and back to school! I absolutely LOVED Serena's first day of school pink and brown, flowy dress! Can I have that delivered to my door immediately? 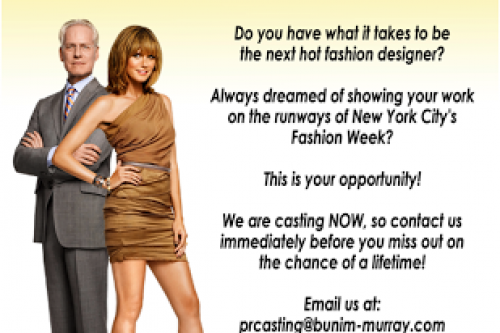 Attention Boston fashion designers and fashionistas! The casting directors at Project Runway are looking for Boston's absolute best to represent Beantown in the next season of Project Runway! 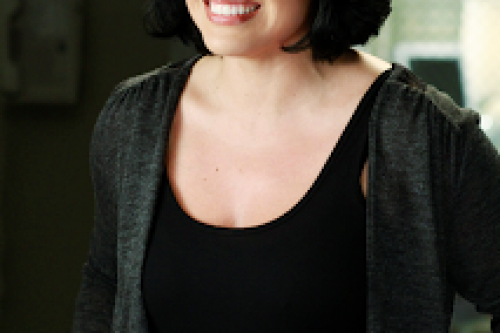 I have been reading now for weeks that Grey's Anatomy was planning a musical episode.