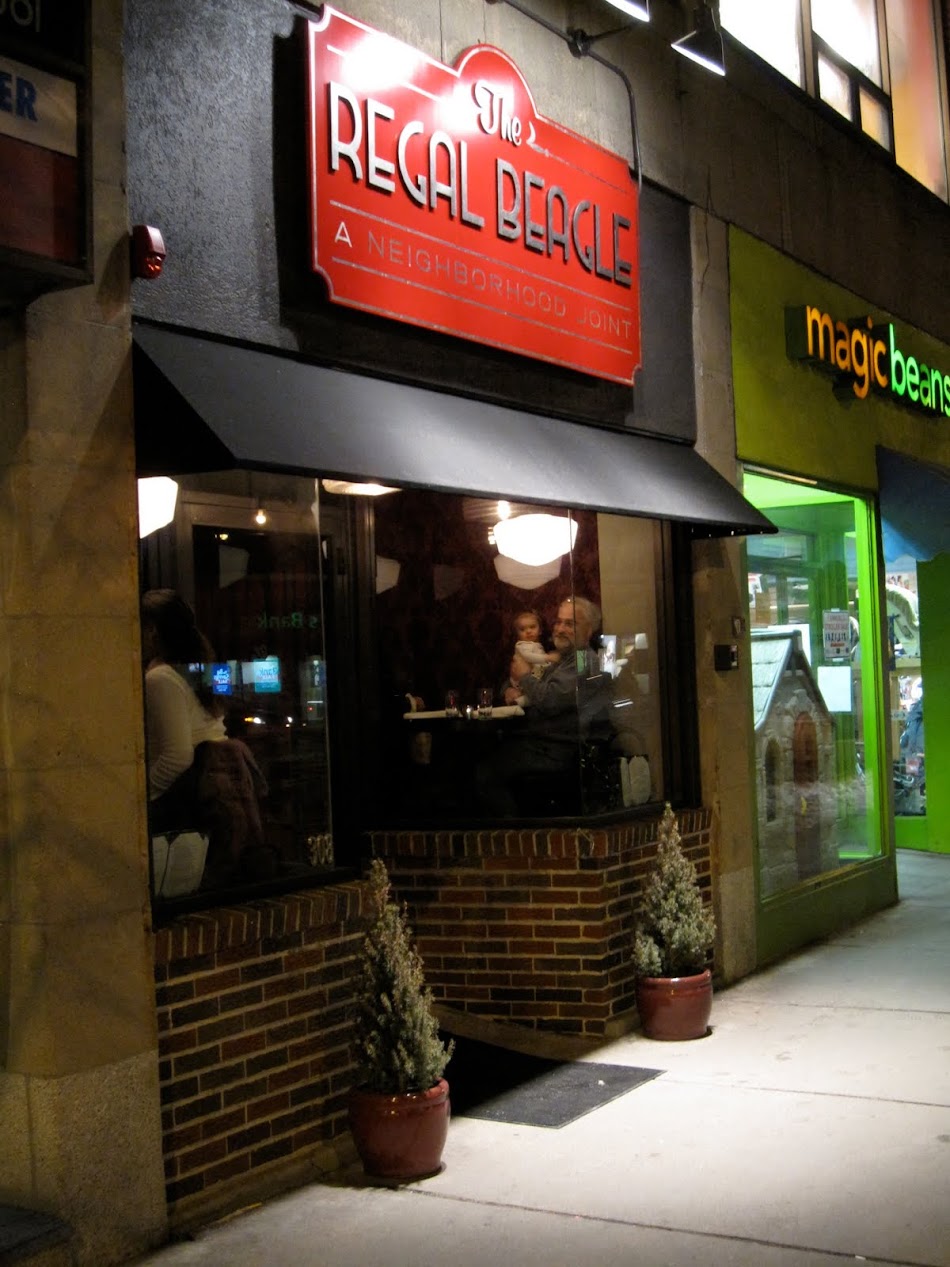 Last night I had dinner with two of my favorite girls at a new spot in Brookline called the Regal Beagle. I first heard about the Beagle via Grub Street, my go-to website for all restaurant opening and closing news. Grub Street announced that the Beagle would open on Harvard Street in Coolidge Corner, offering locals a dinner alternative to the Coolidge Corner Clubhouse.

The Beagle's sign reads "The Regal Beagle: A Neighborhood Joint," which conjures an image of a relaxed, comfortable, low key environment. The Beagle is none of those things.

When we first walked in we noticed one entire wall of the restaurant was covered in a burgundy fabric that created a bordello vibe. The lighting is dim, the tables are close together, and there are mirrors all along the opposite wall. Nothing neighborhoody about this place! 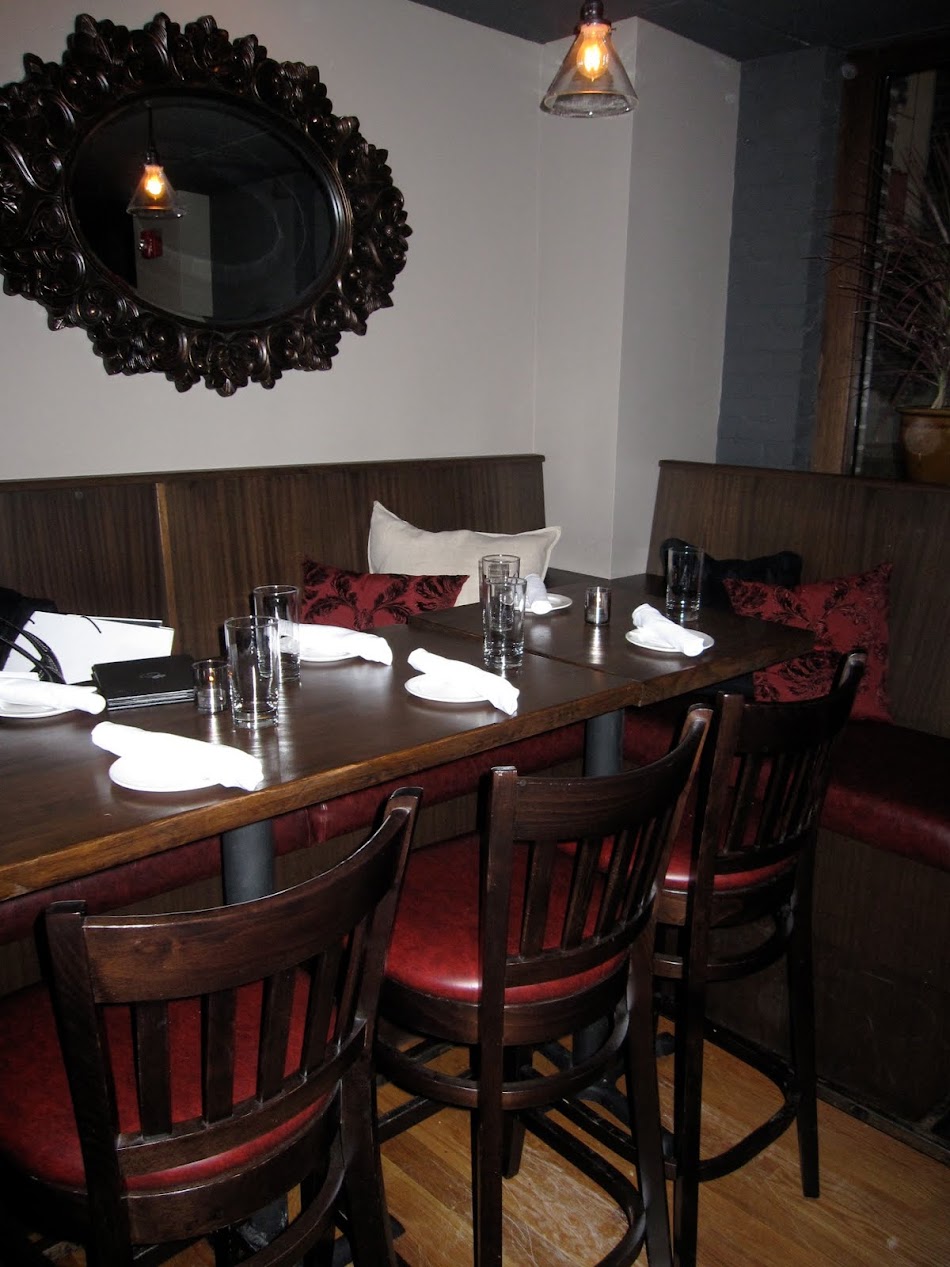 The hostess let us know it would be a 30 minute wait and we were welcome to sit at the bar. We did decide to grab a drink and were greeted by a super pretentious male bartender who thought he was god's gift to the dining scene. We were not impressed.

While we waited, we saw three parties who arrived after us getting seated before us. We finally said something to the erratic hostess who realized her error and offered us the next available table.

Enter the mayor of awkward city, our waitress. A woman who intended to come across as friendly, but wound up seeming uncomfortable and lingering a bit past her welcome. Repeatedly.

For starters were ordered the Caesar salad. While it was a generous portion with freshly sliced parmesan and nicely seasoned croutons, it was lacking on the dressing, which let's face it, is the only reason to order a Caesar. 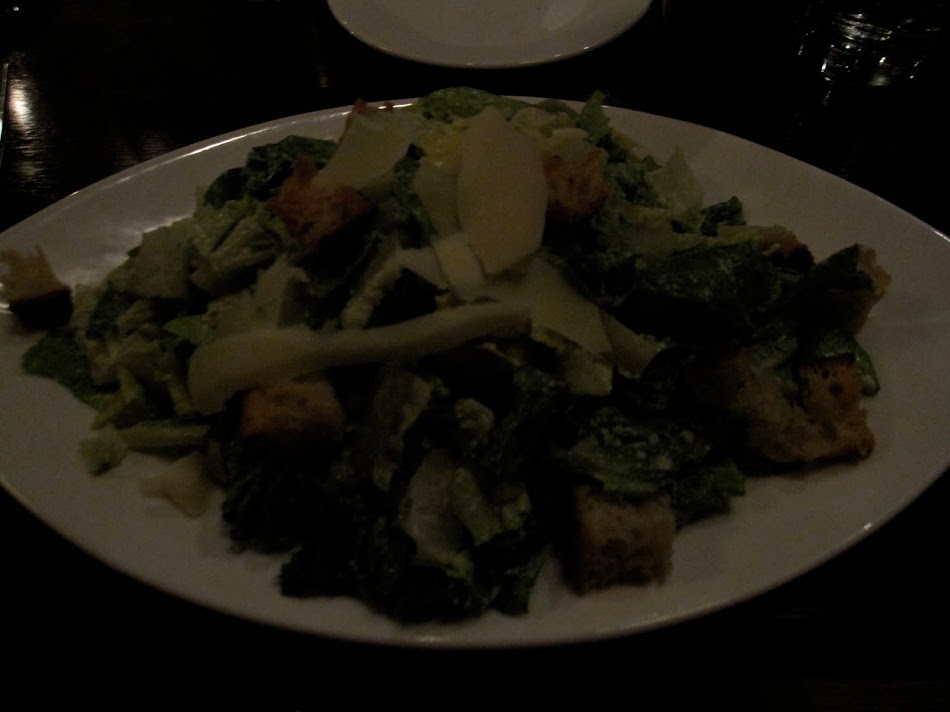 For dinner, one girlfriend ordered the chicken tacos, one ordered the lobster sliders and I ordered the baked fusili pasta. The chicken tacos were so tiny you needed a microscope to find them on the plate, and we had a similar dish a few months ago at STIX that soared in comparison. 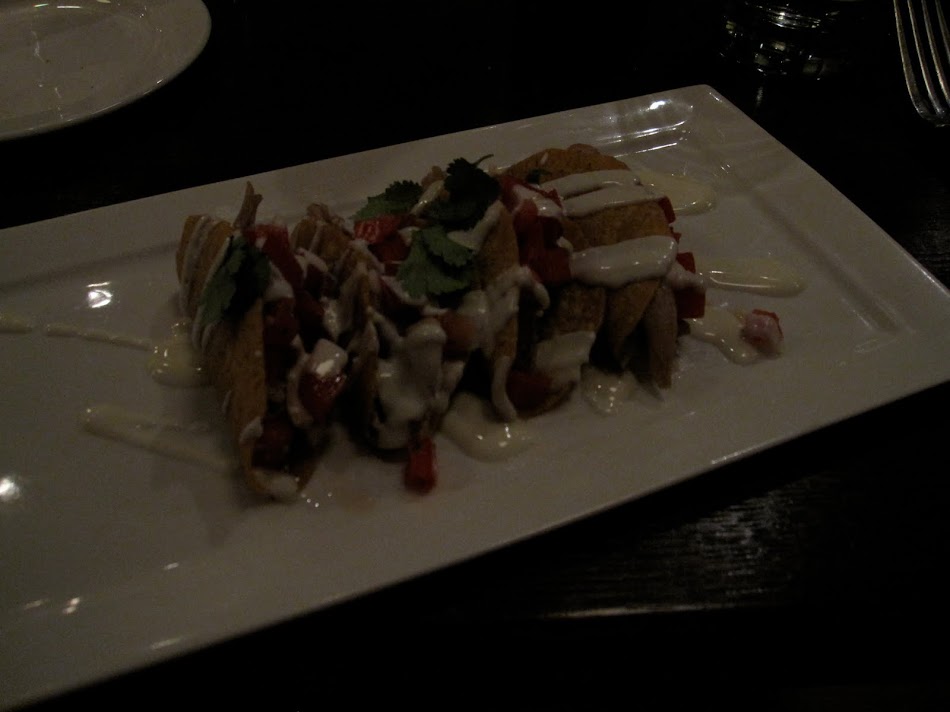 The lobster sliders had great tasting lobster but the bread was bone dry. It came served with what they were calling tempura sweet potato fries, but were actually deep fried sweet potato wedges that could have doubled as corn dogs. 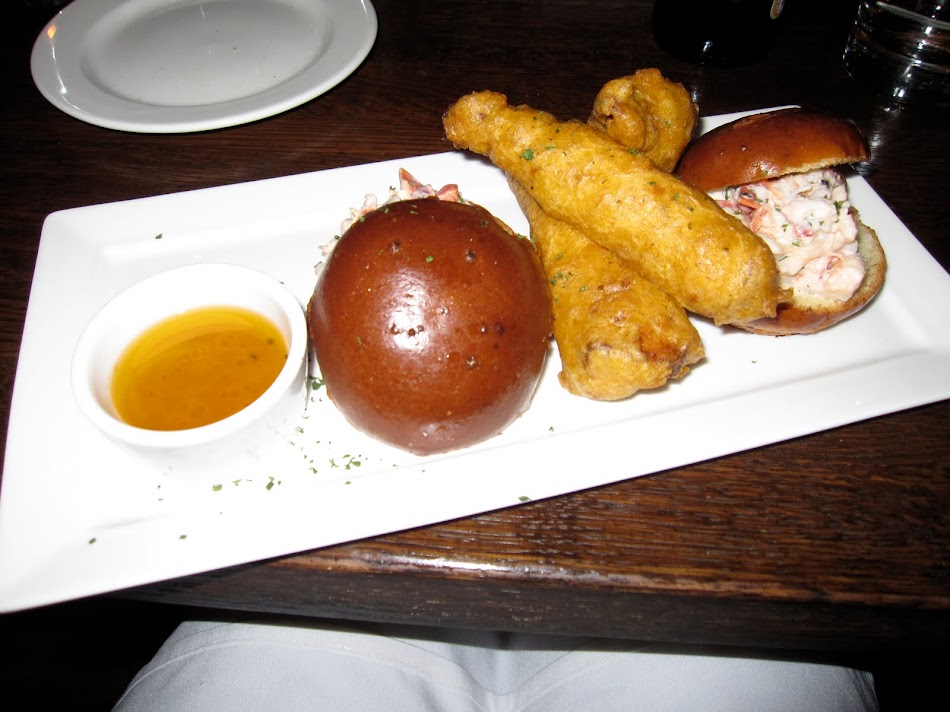 The baked fusili was a good size portion but was served with an odd mix of vegetables including tomato, chick peas, cauliflower and kale. Sounded good on the menu, did not taste good to my buds. Taste buds that is. 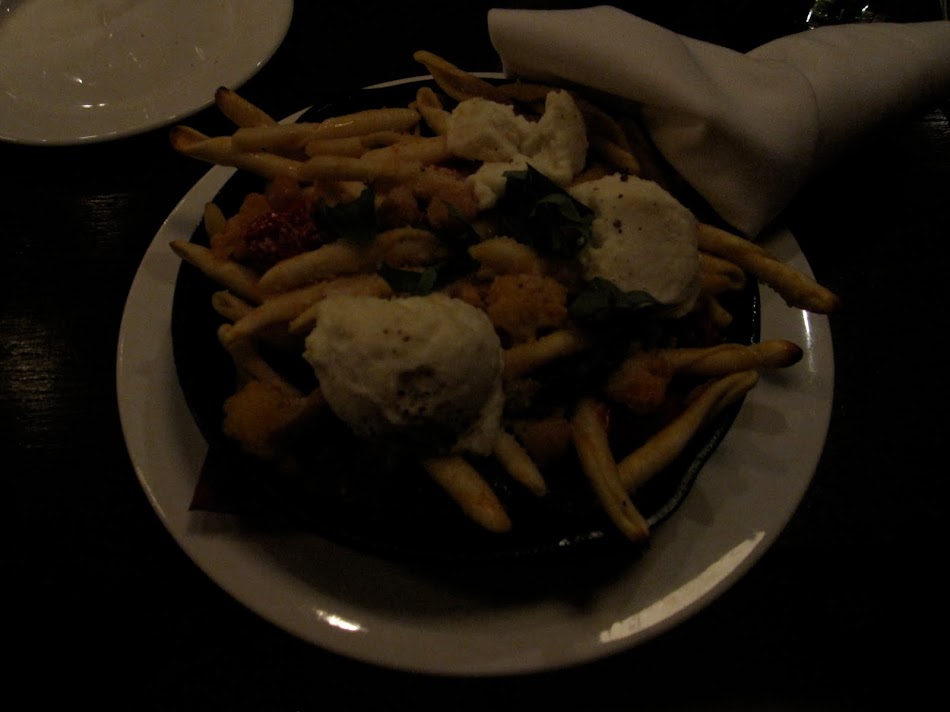 When the waitress asked if we'd like to see a dessert menu we only said yes because we had seen on the specials board out front that it was chocolate peanutbutter pie. We ordered one slice to split and I must say, it was heavenly. It came with a crushed pretzel crust (DELICIOUS and GENIUS!), a thick layer of peanutbutter pie and was topped with what tasted like an entire Hershey bar. We made that pie disappear faster than wedding dresses at the Filene's Basement sale. 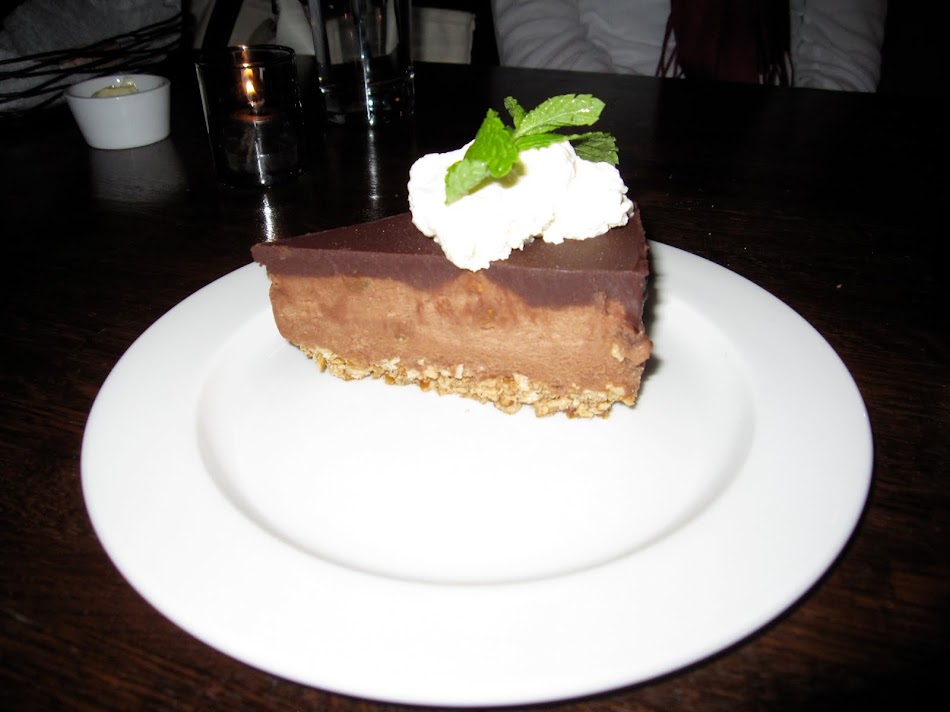 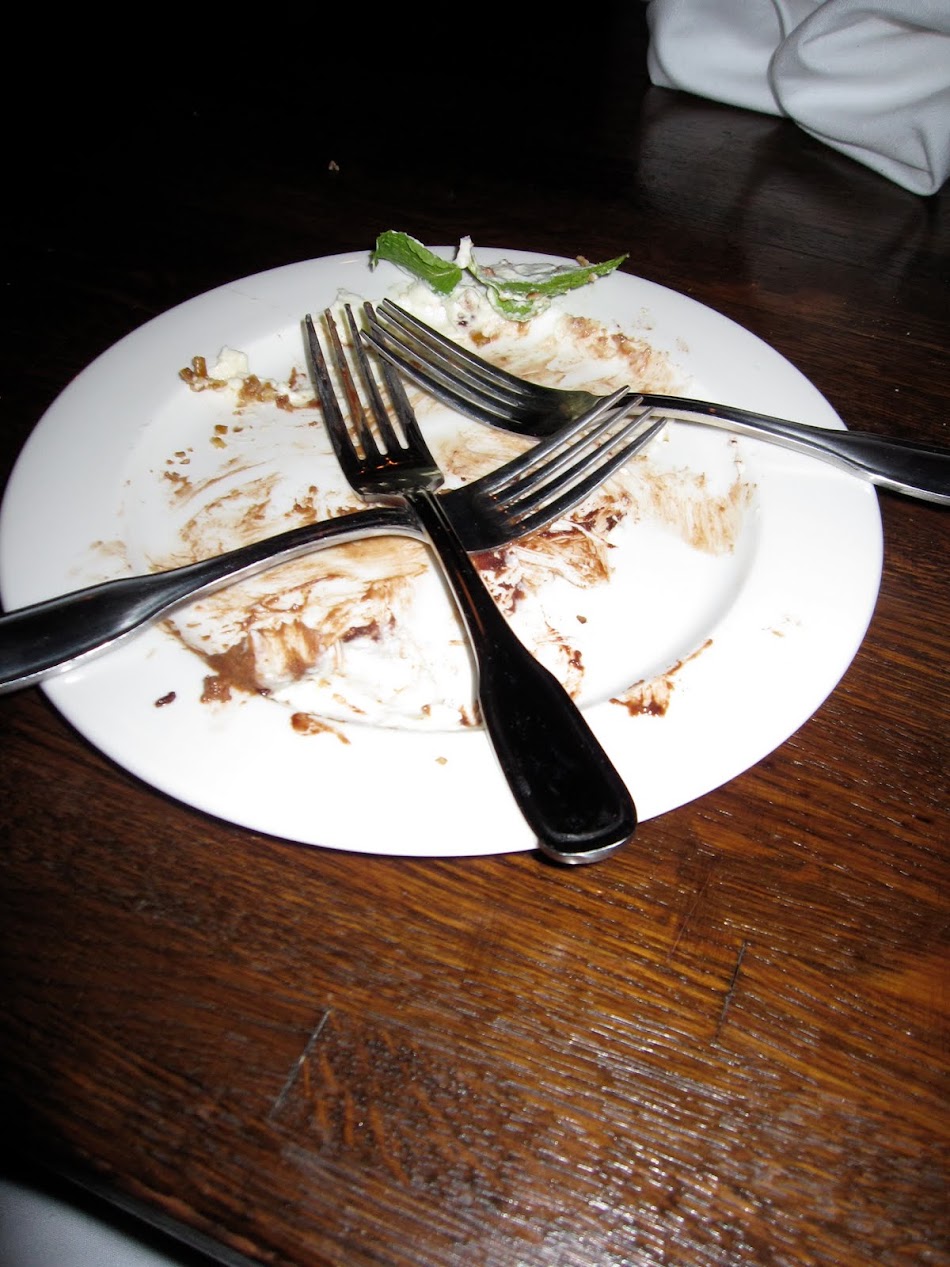 As we were wrapping up the manager came by to ask how our meal was, and he must be a resident of awkward city as well, as the interaction felt forced and uncomfortable.

Those whose who read the blog regularly know I dine out a lot. Not once or twice a week, about six to eight meals a week, so I feel I have some authority to pass judgement on the Beagle. It's tag line "a neighborhood joint" does not match the decor or the menu; the wait staff from the hostess all the way up to the manager made us uncomfortable or on edge; and aside from the pie, the food wasn't good.

I had walked by the Beagle several times since it opened and couldn't wait to have my first meal there. I was incredibly disappointed and highly recommend you save your pennies and treat yourself to a great meal elsewhere.

oh wow. You could always hop across the street and grab some banana stuffed french toast at zaftigs! There's a hostess there who founded Awkward City back in 1981, but the food tastes good enough to forgive that.

END_OF_DOCUMENT_TOKEN_TO_BE_REPLACED 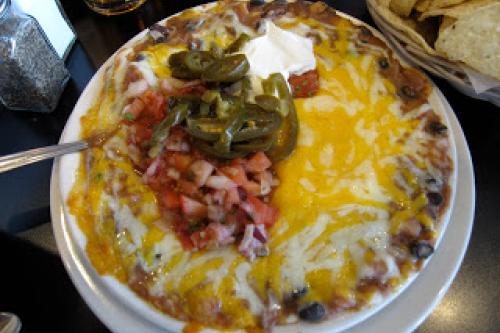 Yesterday afternoon I went out with two girlfriends for a holiday celebration lunch. 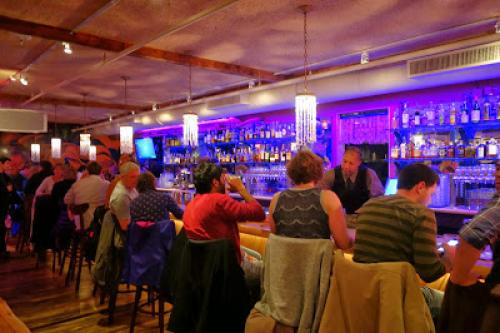 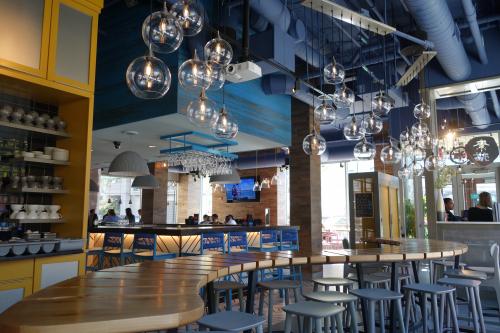 Sumiao Hunan Kitchen is the only place in the Boston area focused on traditional Hunan cuisine. Start with the scallion pancake and be sure to save room for the purple yam bao.