Dining Out: All Star Sandwich Bar

For those who read the blog regularly, you know I lived my first two years out of college in Inman Square in Cambridge (a neighborhood I miss dearly). Inman has a unique, funky, bohemian spirit and the incredible distinction of lacking a single chain store/dining franchise.

Today I revisited my old stomping grounds with a friend and brought her for her first meal at one of my favorite spots, the All Star Sandwich Bar.

The All Star opened its doors about four years ago under the ownership of Chris Schlesinger, who also owns the East Coast Grill. The two restaurants are both on Cambridge Street, just two doors down from one another. When All Star first opened it had fun, casual decor and a menu that was constantly changing. Despite the revolving door of menu items, people continued to come back because the food was great and it felt like eating with your family.

When we came in today, serendipitously there was one table open and we were seated right away (over the next hour we saw the line grow until it was practically out the door). Our waiter was very friendly and offered great recommendations on his favorite menu items. He also shared with us that the restaurant is no longer owned by Schlesigner, but that he sold it to a pair of brothers, Kosta and Johnny Diamantopoulos. What was wonderful (and kind of amazing), was that everything I loved about All Star seemed to have stayed the same, despite the transition in ownership.

We had a tough time deciding what to order since everything sounded incredible. In addition to the regular menu and the sandwich of the day, there was an entire extra page of specials! I ordered the special veggie sandwich with a side of french fries, and my dining companion ordered the BLT and a side of hush puppies.

The veggie sandwich was absolutely sublime! It was fried, stuffed, green peppers with cheese, mayo and iceberg lettuce on perfectly toasted bread served with cole slaw and a pickle. The french fries (which I have loved since my first visit four years ago) were exactly as finger licking good as I remembered them: the perfect mixture of crispy on the outside, soft on the inside, and deliciously seasoned. 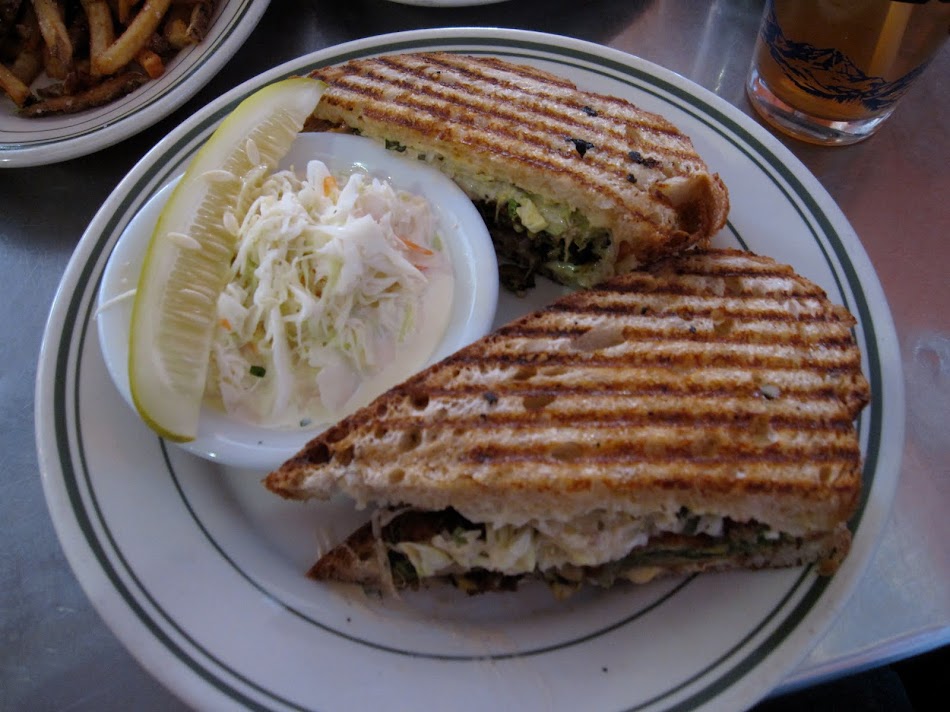 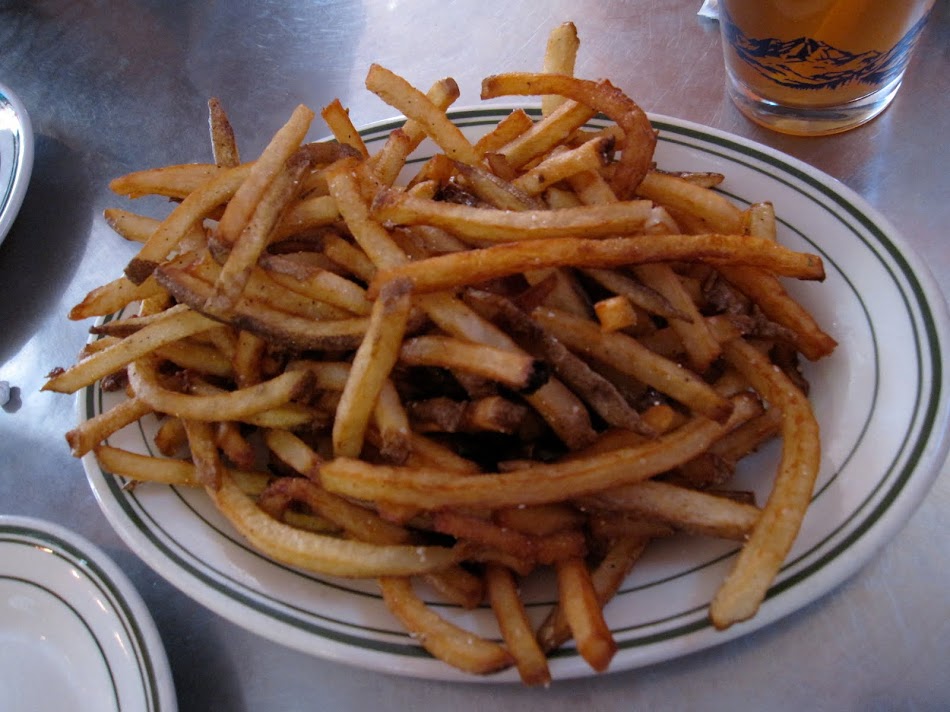 I was told the BLT was magnificent and the hush puppies were a fun change from the usual side dish. Hush puppies are fried corn fritters which were served with a creamy dipping sauce. 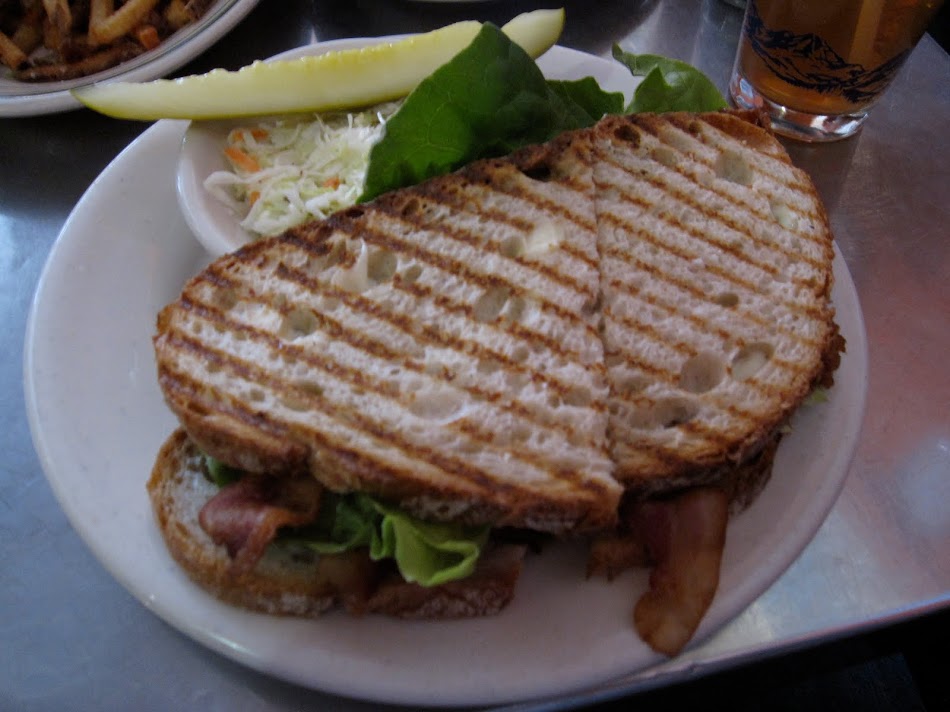 As if we hadn't eaten enough already, we somehow got on the topic of dessert with our waiter. He told us the cheesecake on this menu was the lightest and most heavenly cheesecake he had ever tasted. Just as we were about to scream, "we'll take it!" he let us know they didn't have any today. Before we had time to frown, he told us the dessert special was coconut cream pie and that the crust and whipped cream are homemade and it comes topped with toasted coconut. How could we say no?

The pie was decadent, delicious and served with a beautiful presentation. Our piece sat on a swirl of caramel sauce and each bite felt like floating away on a cloud of sugary perfection. 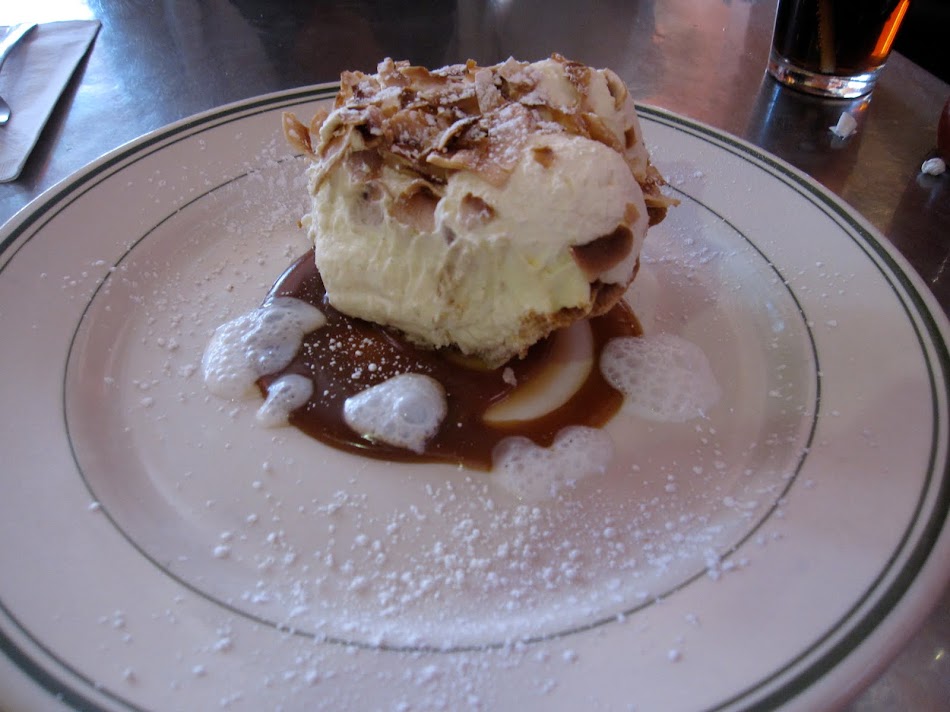 If you've made it to the bottom of this post you likely already have your shoes tied, coat on and keys in hand to get yourself over to All Star and you should! The food is superb, the atmosphere is relaxed, comfortable and fun, and the service is outstanding. Before we left, our waiter and both of the owners made sure to ask how we enjoyed our meal and to thank us for coming in. Talk about All Stars.

END_OF_DOCUMENT_TOKEN_TO_BE_REPLACED

Head to the South Shore to experience the most decadent array of donuts at Donut King.

Dreaming of summer beach days? If you're planning a day trip to Hull, MA, show some love to these local spots.

On the last day of my recent New York City trip I chowed down at Big Daddy's Diner in Union Square.