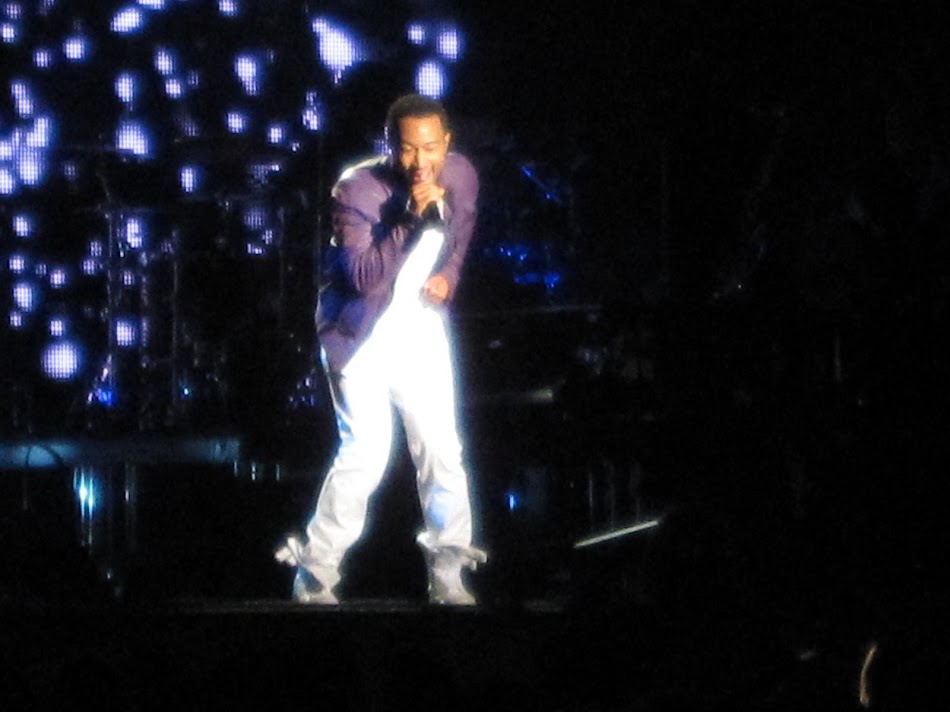 Hello, loyal Pop.Bop.Shop fans! Please forgive me for leaving you without any reading material while I was on vacation. A girl needs to go off the grid every once and a while, you know?

Now, back in action, I share with you a fantastic experience I had this past Friday night.

One of the best parts of summertime is the opportunity to hear great, live music outdoors. Here in Boston, there are two major outdoor concert venues - the Comcast Center in Mansfield, MA and the Bank of America Pavilion on Seaport Blvd, downtown (Can you say, waterfront!).

On Friday night, my cousin and I scored last minute tickets to a superb show at the aforementioned Bank of America Pavilion to see John Legend. For those who are unfamiliar, John Legend is a young, R&B singer with a velvety smooth vocals and insane piano chops. I kept his first album "Get Lifted" in such heavy rotation in my car, that the CD now skips from being overplayed.

John opened the show with one of my favorite, up tempo songs, "Used to Love You" about chasing after a girl who has lost interest in him because he can't lavish her with gifts. My favorite lyric goes, "Maybe I could rob somebody, so we could live like Whitney and Bobby." He went on to play several others hits from the first album including "I Can Change" and "Number One".

He also played music from his second and third albums including "P.D.A.", "Green Light" and "Everybody Knows."

John has a song called "Slow Dance" and as he was getting ready to sing it, he shares with the audience that he loves to slow dance, and asks who would like to slow dance with him? Of course the females in the audience erupt into screams and he chooses one very lucky girl to join him on stage. Let me tell you, she was most definitely keeping up with him! They were having quite an intimate encounter up there! 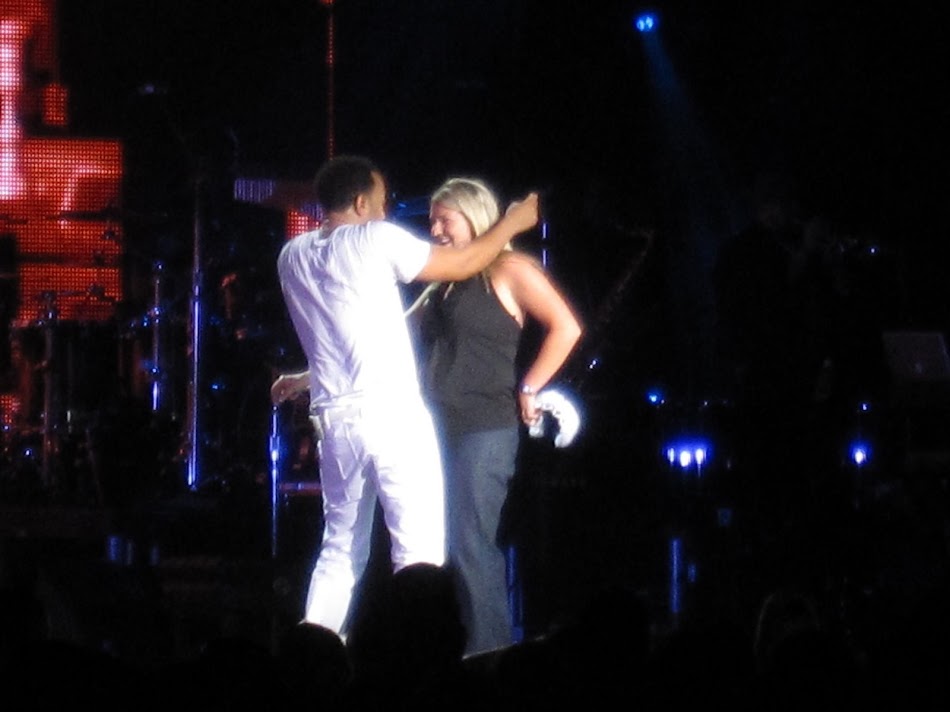 When John closed the show, the crowd demanded an encore. He returned after a few minutes, in a perfectly tailored black suit and crisp white shirt to perform one of his most well known and beautiful songs, "Ordinary People." 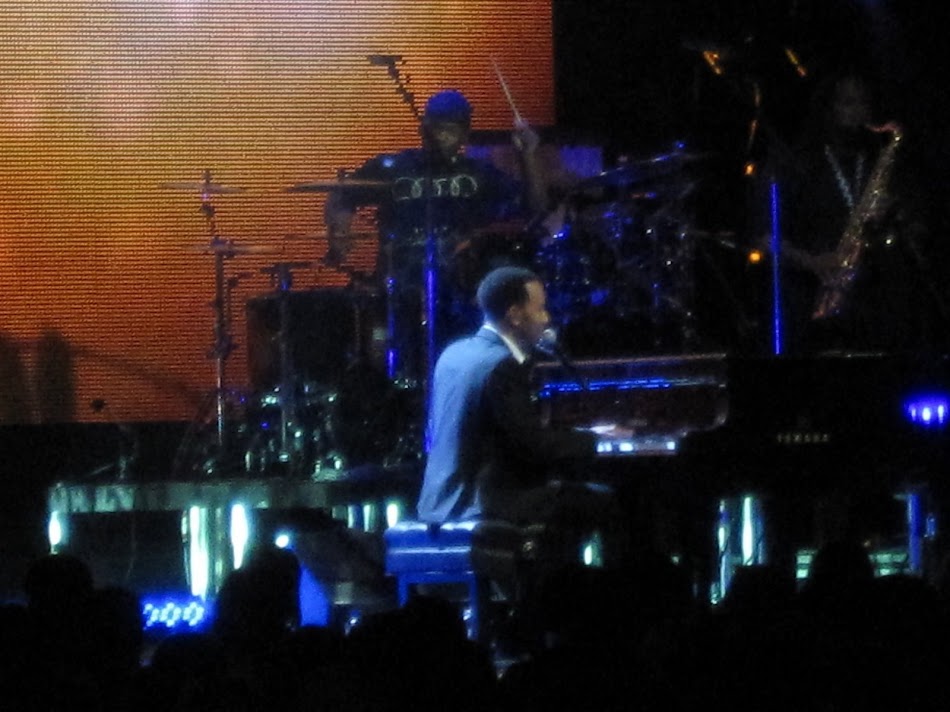 The show was positively fantastic. Beautiful outdoor venue, John's seductive voice, his impressive dance moves, his sick piano skills, and a set list including all of our favorites.

Not only was he incredible, his opening act was one of my favorite artists, India Arie. Nominated for a "Best New Artist" Grammy award in 2002 and winning the "Best R&B Album" Grammy award in 2003, India's melodic voice, beautiful lyrics and earthy vibe create an iPod must, and a wonderful live performance. She even joined John on stage for a mid-set duet! Bonus! 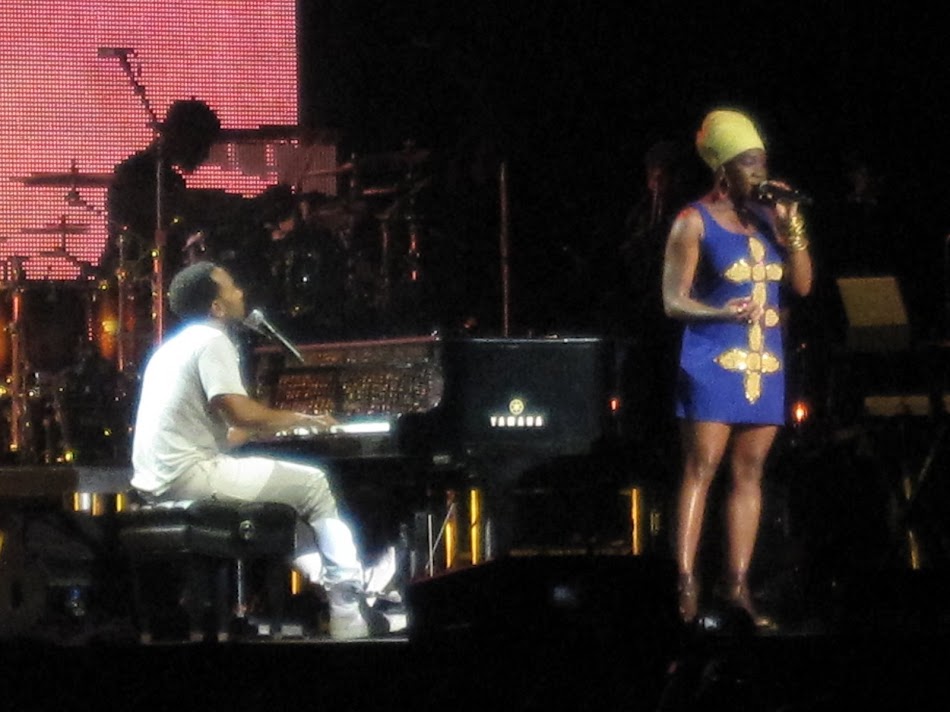 John still has several tour dates left, well into September, so get your tickets! You'll be singing and dancing to his music long after the show ends.

Either way, Prague won 2-0 to advance to the quarterfinals with a combined score of 3-1 in the first and second games.
The situation is the situation in which the Prague player collapsed due to injuries, and the 먹튀폴리스

END_OF_DOCUMENT_TOKEN_TO_BE_REPLACED

Listen: How I Built This

I don't consider myself a podcast person. I never listened to Serial or S-Town, and I don't have go-to shows for my commute or plane rides. In fact, I've been pretty resistant to the whole podcast fad in general. The one exception is NPR's How I Built This.

As soon as I got the email alert that Kelly Clarkson was coming to Boston I knew I had to go. After a crush left me crushed circa 2007, Kelly's girl power songs became my anthems and I have always wanted to see her perform live. One of my college friends has become my go-to concert buddy. We saw Taylor Swift and Rihanna together so she was my first call when I got the alert about the tickets.

Excited to share a second round of podcast recommendations. If you're looking for more shows, I've got you covered.