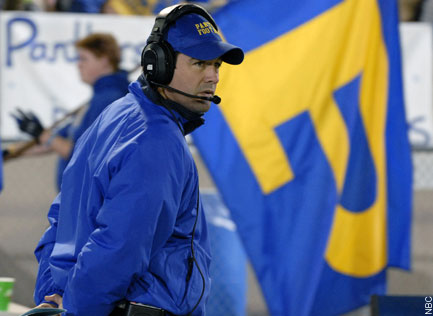 In 1990 H.G. Bissinger, a sports writer for the Philadelphia Inquirer, wrote a novel called "Friday Night Lights" about the Permian High School Panthers football team of Odessa, TX as they chased the national title. In 2004 that book inspired a movie by the same name starring Billy Bob Thorton as the coach of the Panthers. I saw the movie with my family and was incredibly disappointed.

First, Billy Bob Thorton has zero sex appeal. Second, the film was mostly silent shots of the wide open fields of Texas with a bit of football sprinkled in here and there. The movie ran far past two hours and had little meat.

When NBC decided to launch at television series based off the book and the movie, I couldn't have been less interested. I already had several shows I watched faithfully, and the thought of adding another to the list, and one I was sure would bore me, was hardly a top priority.

Three years later, after the pleading of several girlfriends, and even a recommendation from my grandmother, I decided to rent the first season.

I will admit, right here, in writing: I was wrong. NBC's take on Friday Night Lights is nothing short of brilliant. Each one hour episode has you on the edge of your seat asking - will the team win this week? Will they make it to the playoffs? Will they win the state championship? Will the coach keep his job? What will be the straw that breaks the camel's back and causes the coach's wife to fly off the handle? You are always guessing, and each show ends with a cliff hanger! Every week!

Even more compelling than the high drama and unexpected plots twists, are the beautifully written, perfectly cast characters who have such depth and substance, you can't help but be drawn in. Below, just a few of my favorites:

Tami Taylor - The coach's wife is not only beautiful and charming, but she speaks with the sweetest southern accent that could convince you to do just about anything. She is highly committed to her husband and her daughters, while also having a passion for the students at Dillon High where she works as a guidance counselor and then becomes principal. 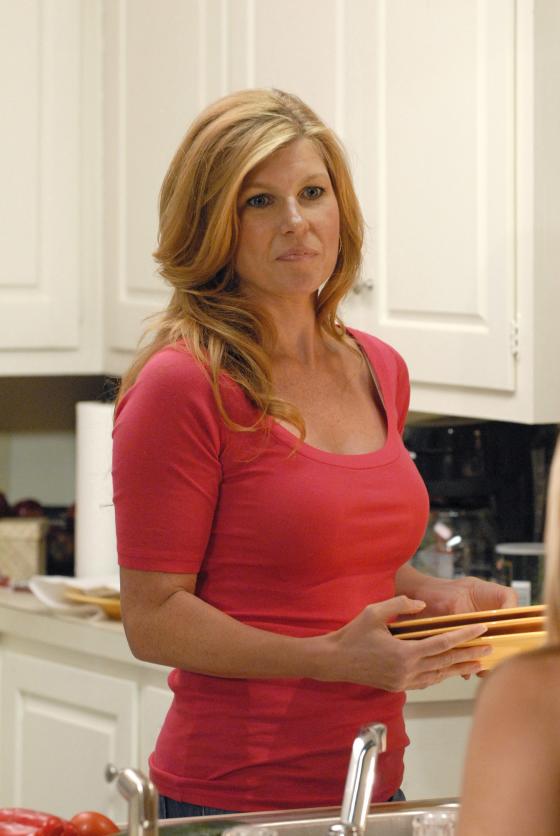 Jason Street - In the first episode, Jason, the star quarterback, is severely injured in an event that will alert the course of the rest of his life. Despite the adversity he faces, Jason remains humble, kind, sincere and determined to make something of himself. 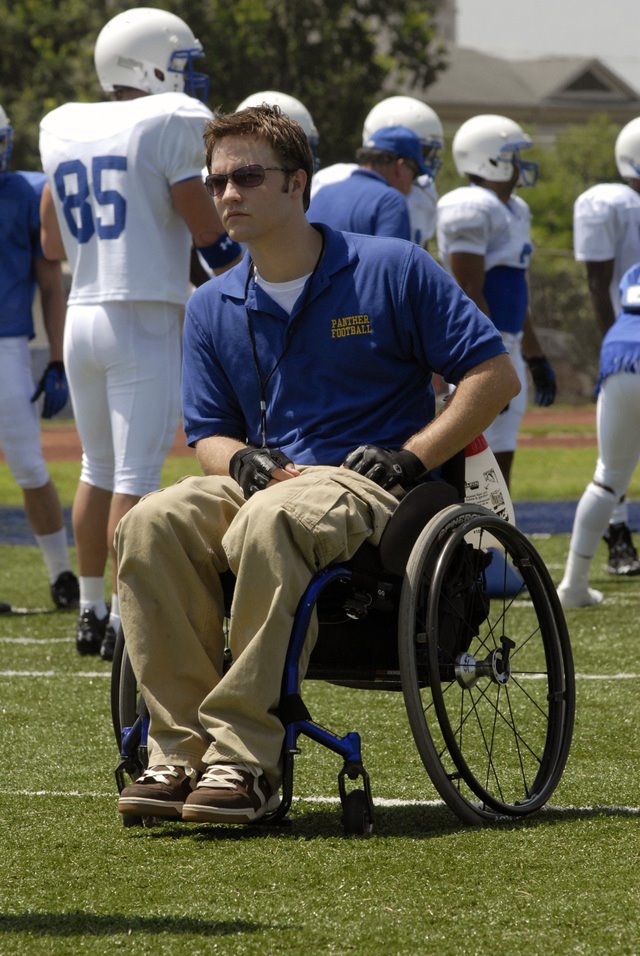 Matt Saracen - After Jason's tragic accident, Matt is thrust into the spotlight as starting quarterback for the team. Matt walks the fine line between awkward and endearing and becomes a man in learning to lead his team. Matt's mother left when he was young, his father is in Iraq and he lives with grandmother, caring for her as her dementia worsens each day. Matt begins a relationship with the coach's daughter that is surprising and heartwarming. 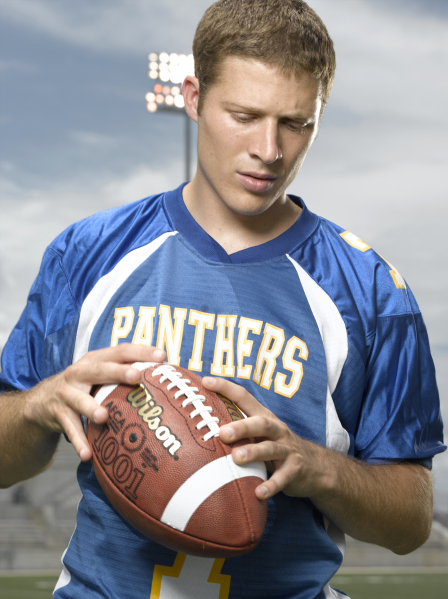 Grandma Saracen - Matt's grandmother may be losing her mind, but she always remembers to watch her grandson on Friday night. Her love for Matt, juxtaposed with her ailing health makes for a heartbreaking story line. 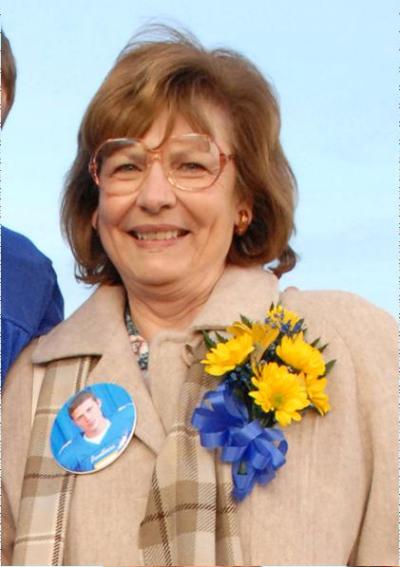 Tim Riggins - Tim's parents are nowhere to be found and he lives with his older brother who can't keep a job for more than a week. With no role model, Tim drinks, sleeps around, ditches school and relies on his good looks and football skills to get by. As the seasons progress, you learn more about Tim, and it becomes hard not to root for him. 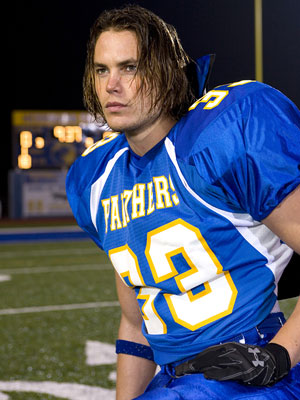 Landry Clarke - Landry is a supporting character in the cast, but was chosen so perfectly by the casting directors. He is Matt's best friend, and a geeky, social outcast. He falls for one of the most popular girls in school and they begin a shockingly symbiotic relationship. Landry eventually joins the football team, but never loses his bookworm reputation. 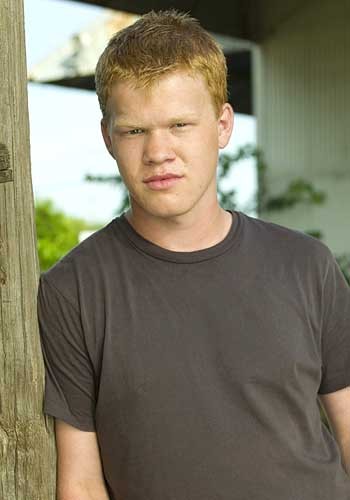 I could go on about each and every one of the main (and supporting) characters because they are all fantastic. On top of the drama and the perfect cast, the show also has a great backdrop - Dillon, TX. There is the high school, the Applebees, the Alamo Freeze, the Landing Strip, Garrity Motors and several other local spots that make the town authentic. The set designers transport the viewer straight to Dillon each week with ease.

Not convinced? Rent the first season and I guarantee you'll become a believer. In May Friday Night Lights wrapped its third season, and it has already been greenlighted for a fourth and a fifth round. The shows airs, quite appropriately, on Friday nights on NBC.

Nice work on the plug for FNL, my favorite show. I DVR'd last season and am watching it for a second time now!

the Claxy Pendant Lighting the other name of excellent decoration in your living room, kitchen and apartment.

END_OF_DOCUMENT_TOKEN_TO_BE_REPLACED

The Hills Are Alive With The Sounds of Stupidity

First, my faithful readers, let me apologize for being a full week behind on writing! 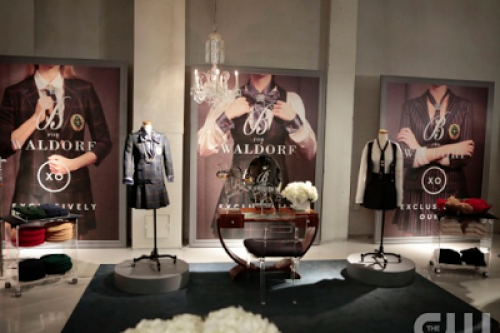 I can't believe that tonight's episode is the fourth to last of the series. I am in complete denial that in the very near future Chuck Bass and I will not have our weekly rendezvous. I also find it hard to believe that there are only three episodes left because after all of tonight's plot twists I have no idea how the writers are going to untangle this mess.