The Bachelorette: Mamas and Man Dramas 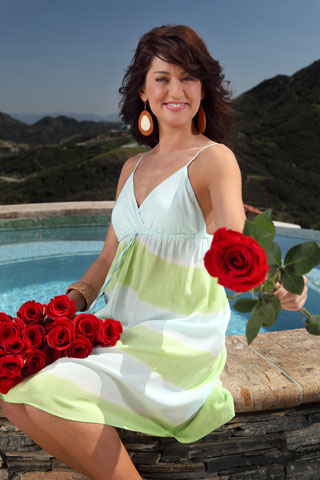 This week on the Bachelorette Jillian went home to meet the Mamas! Its everyone's favorite episode - hometown dates!

The first date was in Philadelphia with Reid. Normally, I can't pay attention to anything Reid says because I am distracted by his likeness to Matthew Perry (of FRIENDS fame), but this week, the chemistry between he and Jillian was undeniable. According to Reid's family, he is still single because he always seeks approval from others. Uh oh, fatal flaw.

At casa de Michael, its revealed he is a twin! Michael and his brother try to pull the switcharoo, but Jillian doesn't fall for it. It seems Jillian views Michael the way a female camp counselor views her favorite male camper - he is super cute, you know he'll grow up to be hot and make someone so happy, but you feel its just wrong to go after him yourself.

Back in California at Kiptyn's house, Kip's mom grills Jillian. YIKES! It was hard to watch their conversation and made Kip's stock drop a bit.

With Jesse's family, Jillian felt completely comfortable and welcomed. Jesse's brother Jacob is clearly jaded about women, and watching his and Jesse's heart-to-heart was a bit like watching a scene from "Dude, Where's My Car?".

Just as Jillian wraps up the first part of her date with Wes in Austin, TX, Jake shows up. Dressed in his pilot's uniform and looking quite serious (you will likely see this footage again in the opening credits when he is cast as the next Bachelor) he wants to talk to Jillian about Wes.

It takes Jake what seems like an ETERNITY to spit out that Wes has a girlfriend (named Laurel apparently). Jillian is so upset, starts crying, cursing and just generally falling apart at the seams. After he leaves her, Jake cries alone in the hotel hallway. Hello, scripted. 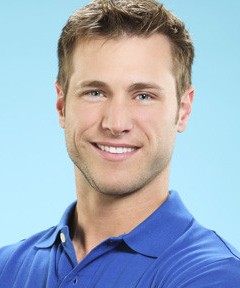 Jillian and Wes do discuss the issue and he denies, denies, denies. When Jillian meets Wes's mother, his mother gives her a speech about Wes that seems so rehearsed and insincere. Wes's sisters also provide him with an unnecessary ego boost, by saying people are always jealous of him. Oh yeah? Like who? 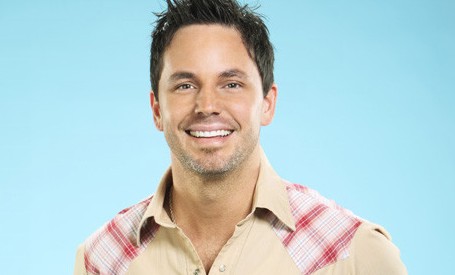 Just when you didn't think the show could get more high drama than the Wes/Jake confrontation, Jillian gets a second knock on her door and who is it? Ed! But of course! Ed tells Jillian he made a huge mistake leaving the show, he can't stop thinking about her, and he wants another chance. Jillian, totally confused but still highly attracted, asks him to come to the rose ceremony and she will decide then. 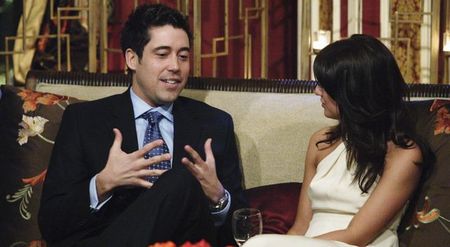 At the ceremony Jillian chooses Reid and Kiptyn (the clear front runners), then Ed (eeek!) and then . . . wait for it . . . Wes! Women across the nation screamed in unison "Noooooooo! You idiot!" How Jillian doesn't see Wes for the snake that he is is beyond me. I cannot wait until his true colors are revealed.

When Jesse says goodbye to Jillian he just hugs her and doesn't say a word. Michael wishes her the best, and then asks the camera, "I straight up loved the girl, didn't I?" Yes, Michael, you did. And this episode, you won us over so much, we might even recommend YOU to be the next Bachelor! Hang in there, young grasshopper.

In the previews for next week, Jillian takes the four remaining men to Spain! She commends Ed on his "ballsiness" in coming back, and she confronts Wes (again) about why Jake would accuse him of having a girlfriend. It looks like things are get interesting!

Need more scoop before next Monday's trip to Espana? Check out Kristen Baldwin's recap for Entertainment Weekly, as well as host Chris Harrison's blog, which is particularly funny this week.

Stay tuned for the most dramatic trip to Spain EVER!

I really am rooting for REID - with the glasses! :)

I think this is an informative post and it is very useful and knowledgeable. therefore, I would like to thank you for the efforts you have made in writing this article. pname com facebook orca

I absolutely love this product!!! it absolutely was simple to use. the scent was smooth and subtle. it wasn't also fatty and simply absorbed by my skin. it took a little time before I found any effects, but once I did so, I was very happy using what I found and obtained plenty of comments!!! I am actually at a reduction for words at how happy I am and was to try that natural booty.

I think this is an informative post and it is very useful and knowledgeable. therefore, I would like to thank you for the efforts you have made in writing this article. pname com facebook orca

A very awesome blog post. We are really grateful for your blog post. You will find a lot of approaches after visiting your post. Functional Strength Power Yoga Workout

What a fantabulous post this has been. Never seen this kind of useful post. I am grateful to you and expect more number of posts like these. Thank you very much. used test equipment auction

I found so many interesting stuff in your blog especially its discussion. From the tons of comments on your articles, I guess I am not the only one having all the enjoyment here! keep up the good work... used lab equipment

Thanks for a very interesting blog. What else may I get that kind of info written in such a perfect approach? I’ve a undertaking that I am simply now operating on, and I have been at the look out for such info. MPU Seminar

Positive site, where did u come up with the information on this posting?I have read a few of the articles on your website now, and I really like your style. Thanks a million and please keep up the effective work. 먹튀

Positive site, where did u come up with the information on this posting?I have read a few of the articles on your website now, and I really like your style. Thanks a million and please keep up the effective work. Look Like A Dancer Yoga Workout

Positive site, where did u come up with the information on this posting?I have read a few of the articles on your website now, and I really like your style. Thanks a million and please keep up the effective work. Electrolyte Requirements

I have read all the comments and suggestions posted by the visitors for this article are very fine,We will wait for your next article so only.Thanks! How To deselect In Photoshop

Positive site, where did u come up with the information on this posting?I have read a few of the articles on your website now, and I really like your style. Thanks a million and please keep up the effective work. online business

This post is very simple to read and appreciate without leaving any details out. Great work! punching bag workout

I haven’t any word to appreciate this post.....Really i am impressed from this post....the person who create this post it was a great human..thanks for shared this with us. hacked website recovery

I wanted to thank you for this great read!! I definitely enjoying every little bit of it I have you bookmarked to check out new stuff you post. 바카라사이트

Nice to be visiting your blog again, it has been months for me. Well this article that i've been waited for so long. I need this article to complete my assignment in the college, and it has same topic with your article. Thanks, great share. سایت آموزش آنلاین

They're produced by the very best degree developers who will be distinguished for your polo dress creating. You'll find polo Ron Lauren inside exclusive array which include particular classes for men, women. FilmyMeet

It was wondering if I could use this write-up on my other website, I will link it back to your website though.Great Thanks. blank t shirt factory

END_OF_DOCUMENT_TOKEN_TO_BE_REPLACED

An Ode to Chet

I have been a loyal fan of MTV's the Real World for as long as I can remember.

If I Only Had A Brain 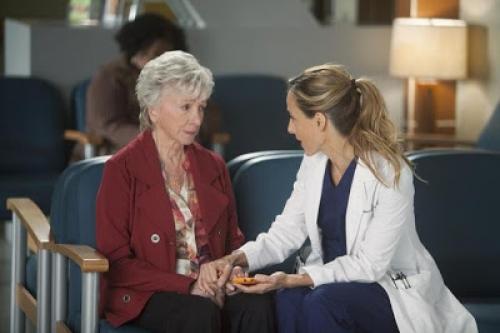 Grey's Anatomy: You Don't Get A Lion Tooth From A Genius

Tonight, after an unexplained hiatus, Grey's Anatomy returned. The episode opened with Zola, also known as the cutest toddler on earth, making lion roar noises as she watched a real life lion walk across a busy intersection in Seattle. The lion story line serves as the basis for the rest of the plot that unfolds. This episode was about fighting, lashing out and toughness.