This week on The Hills, Stephanie Pratt finally showed a direct relation to her brother Spencer by landing herself in the D-bag category.

As the worst intern to ever walk the floor at People's Revolution, Stephanie majorly screws Lauren out of key items she needs to style an important photo shoot. Stephanie is too busy man hunting to help out, and the whole situation causes Kelly to snap and demand that Lauren fire Steph. When Lauren explains Stephanie was on her lunch break during the crisis, Kelly replies "I haven't had a lunch break in five years!"

Over at the Speidi camp Heidi confronts bartender Stacy and calls her a home wrecker. Heidi proudly retells the story to Spencer and says "I dare you to find another Stacy." Really, Heidi? Are you giving him that challenge?

Audrina, wearing that hideous black, Boy George hat yet again, tries to break things off with Justin Bobby once and for all. Looking like he climbed out of a sewer, he actually puts up a fight. Something tells me, he's not out of the picture.

Next week, Lauren and Brody have dinner and Brody gloats saying "I told you so" about Lauren hiring Steph to work at People's Revolution. Lauren has to actually fire Stephanie, testing their friendship.

In an interesting twist, Heidi's biological dad (who we have not yet met) comes to L.A. Next episode Spencer proposes to Heidi (again) this time on a ferris wheel, with a new ring. We've all seen the pictures, they are now officially married.

I find myself wishing for a Whitney Port cameo. Or perhaps a Stephen Coletti reappearance? This season needs an injection of past favorites.

Hey what a brilliant post I have come across and believe me I have been searching out for this similar kind of post for past a week and hardly came across this. Thank you very much and will look for more postings from you. hydrafacial

That is really nice to hear. thank you for the update and good luck. real estate marketing agency

Its a great pleasure reading your post.Its full of information I am looking for and I love to post a comment that "The content of your post is awesome" Great work. online car shopping

The website is looking bit flashy and it catches the visitors eyes. Design is pretty simple and a good user friendly interface. family vacation trip photography

Thanks for this article very helpful. thanks. Emergency Water Damage Cleanup Grand Rapids

This is a great inspiring article.I am pretty much pleased with your good work.You put really very helpful information... Irvine immigration lawyer

Exactly, you're very kind of us about comment!. we buy ugly houses

Thank you very much for this great post. louisiana dwi arrests

Thank you for taking the time to publish this information very useful! Authentication of Documents Canada

Thank you for taking the time to publish this information very useful! authentic cuban cigars for sale

Your music is amazing. You have some very talented artists. I wish you the best of success. outsourcing bookkeeping service

Great post I would like to thank you for the efforts you have made in writing this interesting and knowledgeable article. screentime

Very useful post. This is my first time i visit here. I found so many interesting stuff in your blog especially its discussion. Really its great article. Keep it up. HCR

This is very educational content and written well for a change. It's nice to see that some people still understand how to write a quality post! baton rouge lawyer

Superbly written article, if only all bloggers offered the same content as you, the internet would be a far better place.. smm panel

I really appreciate the kind of topics you post here. Thanks for sharing us a great information that is actually helpful. Good day! Places to eat

Thanks for taking the time to discuss this, I feel strongly about it and love learning more on this topic. Nina Vaca Pinnacle Group CEO

I can see that you are an expert at your field! I am launching a website soon, and your information will be very useful for me.. Thanks for all your help and wishing you all the success in your business. Nina Vaca Pinnacle Group CEO

Most of the time I don’t make comments on websites, but I'd like to say that this article really forced me to do so. Really nice post! Vaca

I appreciate everything you have added to my knowledge base.Admiring the time and effort you put into your blog and detailed information you offer.Thanks. uneven skin tone

I was looking at some of your posts on this website and I conceive this web site is really instructive! Keep putting up.. teaching english in china

I learn some new stuff from it too, thanks for sharing your information. jaeger watches jlc

This blog is really great. The information here will surely be of some help to me. Thanks!. Invisalign I’m Buckeye az

Positive site, where did u come up with the information on this posting? I'm pleased I discovered it though, ill be checking back soon to find out what additional posts you include. Vaca

i read a lot of stuff and i found that the way of writing to clearifing that exactly want to say was very good so i am impressed and ilike to come again in future.. شركة مكافحة النمل بصفوى

Great survey, I'm sure you're getting a great response. 우리카지노계열

You know your projects stand out of the herd. There is something special about them. It seems to me all of them are really brilliant! solid landings behavioral health

Your content is nothing short of brilliant in many ways. I think this is engaging and eye-opening material. Thank you so much for caring about your content and your readers. Software Requirement Specification

Most of the time I don’t make comments on websites, but I'd like to say that this article really forced me to do so. Really nice post! mobile security patrols shrewsbury

i am for the first time here. I found this board and I in finding It truly helpful & it helped me out a lot. I hope to present something back and help others such as you helped me. falcon garments leather jacket review

I havent any word to appreciate this post.....Really i am impressed from this post....the person who create this post it was a great human..thanks for shared this with us. Heavy Rain Sounds

Hello I am so delighted I located your blog, I really located you by mistake, while I was watching on google for something else, Anyways I am here now and could just like to say thank for a tremendous post and a all round entertaining website. Please do keep up the great work. 432 Hz Sounds

Thanks for taking the time to discuss this, I feel strongly that love and read more on this topic. If possible, such as gain knowledge, would you mind updating your blog with additional information? It is very useful for me. Airplane Noise

I got what you mean , thanks for posting .Woh I am happy to find this website through google. Celestial White Noise

I learn some new stuff from it too, thanks for sharing your information. Thunderstorm Sound

Wow what a Great Information about World Day its very nice informative post. thanks for the post. Sectional Sofa 80 Inches

Thank you for some other informative website. The place else may just I get that kind of information written in such a perfect method? I have a venture that I am simply now running on, and I’ve been at the glance out for such info. http://clubpenguin-codes.com/

Interesting post. I Have Been wondering about this issue, so thanks for posting. Pretty cool post.It 's really very nice and Useful post.Thanks Medical Cannabis Card

Admiring the time and effort you put into your blog and detailed information you offer!.. disney karaoke microphone

i really like this article please keep it up. kerosene heater btu

i read a lot of stuff and i found that the way of writing to clearifing that exactly want to say was very good so i am impressed and ilike to come again in future.. which is the best nikon dslr camera

I really appreciate this wonderful post that you have provided for us. I assure this would be beneficial for most of the people. dumpster rental in cranston ri

Great post, you have pointed out some excellent points, I as well believe this is a very superb website. Locksmith Norfolk

Hi! Thanks for the great information you havr provided! You have touched on crucuial points! عقارات للبيع بأرخص الأسعار

Thanks for sharing us. vpnfair.com

Positive site, where did u come up with the information on this posting? I'm pleased I discovered it though, ill be checking back soon to find out what additional posts you include. hack instagram

Nice post! This is a very nice blog that I will definitively come back to more times this year! Thanks for informative post. Car Show Signs

END_OF_DOCUMENT_TOKEN_TO_BE_REPLACED

The Bachelorette: Guard And Protect Your Heart 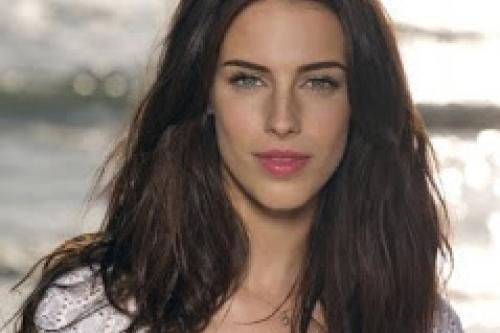 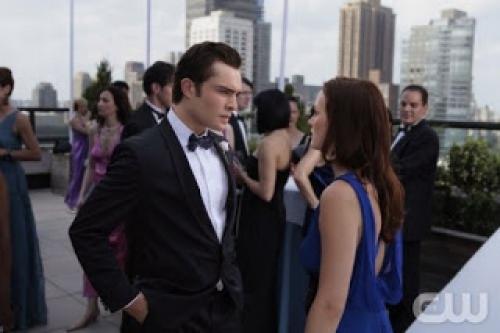 Tonight's episode of Gossip Girl was a dizzying hour of dosey-doe; a constant swinging of arms and changing of partners.