Hello, my loyal Taking the Stage fans! My sincere apologies for not writing about the last two episodes. I was a victim of what we like to call DVR pile up.

Two weeks ago, Taking the Stage focused on a dance competition called Jamfest. Did anyone else have Bring It On flashbacks? It was like Tyler and the Star Dance team were the Rancho Carne Toros and Malik and The Definition were the East Compton Clovers. The Definition was one step away from writing into Pauletta.

Aside from Jamfest, the best moment of the show was when Mia described her relationship with Tyler as "love purgatory." Very well said!

This past week it was HIGH drama in Cincinnati and I loved it! Let's begin with the Mia and Tyler all out screaming fight! Did not see that coming! These two have so much passion for music, for dance and for each other, they are literally combustible together.

And speaking of combustible, I can't believe Aaron got kicked out of school! I mean sure, he seems like the stoner type, but art schools are supposed to let the creativity flow, not stifle the students' source of inspiration. When Mia said goodbye to Aaron, and stood alone on the school's front steps crying, I must admit, I shed a tear as well. Bye bye, Aaron.

Speaking of goodbye, Malik and his boyfriend decided to take a break. Malik's mother asks where his boyfriend has been the last few days and when Malik confesses about the break up, she could not be more kind and supportive. I wanted to reach through the TV to hug her and giver her a high five! Its not easy for all parents to accept a gay child, and she clearly accepts Malik 100 percent, and it was wonderful to see.

Later on, during the "Top of the Charts" singing competition (doesn't it seem there is a new competition every week at this school?) Malik sings, while his mom weeps in the audience. She is just SO cute!

During the competition Mia covers Kanye West's "Heartless". No, you didn't misread that. The folk singer covered a rap song. And she KILLED IT. There is nothing this girl can't do. I personally believe she was singing every word of that song directly to Tyler. "How could you be so heartless . . ."

Aaron comes to the show to see Mia sing and afterward they leave together, arms around each other. The song "You Found Me" by The Fray is playing in the background and I start to have a glimmer of hope that Mia has realized she could be in love with Aaron and is going to shack up with the good guy. And then I saw the previews for next week.

Next week, despite seeming to cozy up to Aaron, Mia is back on the prowl and after Tyler. This past episode he tearfully broke things off with Jasmine. Anyone else surprised by how emotional he got?

Aaron tells Mia she always goes after guys that are bad for her, but she has tunnel vision.

Mia also gets the opportunity to meet with Jive Records in New York. The same record label that represents Nick Lachey, the executive producer of Taking the Stage. Yeah, I'm onto you MTV. Despite the blatant cross-promotion, it would amazing to hear Mia on the radio, and see her put out an album. The girl definitely has talent.

Next week is the season finale! Only 8 episodes in the season! I don't want it to end! Thankfully, I have FOX's So You Think You Can Dance to fill the void starting May 21st.

END_OF_DOCUMENT_TOKEN_TO_BE_REPLACED

This week on Gossip Girl Cyrus returned! (And I couldn't be happier).

Giovanni Ribisi stars in this Amazon hit about a convict assuming a new identity. After one episode you'll be hooked. 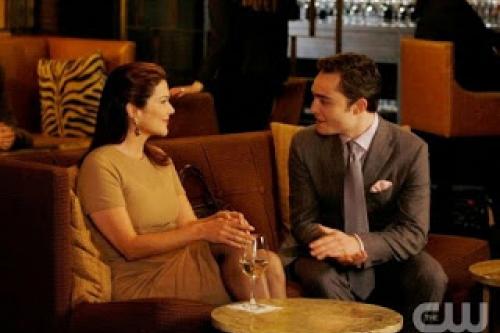