This weekend I saw "I Love You, Man", a comedy anchored by Paul Rudd and Jason Segal. Paul Rudd plays a recently engaged man, who has no male friends and thus no one to ask to be his best man. He sets out on a quest to create a posse of groomsmen.

Paul Rudd beautifully walks the line between awkward and endearing as he tries to navigate "dude land" for the first time in his life. Best known for his roles in Clueless, Object of My Affection, 40 Year Old Virgin, Anchorman and Knocked Up, in "I Love You, Man" Rudd proves he belongs as the headliner for the big show.

Jason Segal who plays Marshall on the CBS hit "How I Met Your Mother" co-stars in the film as Paul Rudd's new found best bro. Segal's goofy, off the wall, physical humor gets some of the biggest laughs in the film.

There are several other all stars in this cast: Rashida Jones (Karen on The Office) plays Paul Rudd's fiance. Her best friend is played by Jamie Pressly (My Name is Earl). Paul Rudd's parents are played by Jane Curtin (Third Rock from the Sun) and J.K. Simmons (Juno). His brother is played by the hilarious Andy Samberg (SNL).

The movie is laugh out loud funny and another slam dunk from the Paul Rudd, Jason Segal, Jonah Hill, Seth Rogan, Judd Apatow crew. As we move out of the era of Owen Wilson, Ben Stiller, Vince Vaughn, and Will Ferrell, we happily usher in this new set of bros.

Laughter is good medicine and I hope whoever said this must have been laughing if he had watched out this movie. So yes everything which allows you to laugh as loud as it could never come less worthy. As medical content editor from NursingEssays.CO.UK I claim on the study in which it is proved that Laughter is effective in alleviate the stress hormones and enhancing immune cells and antibodies which help you to protect you from infection. So I am sure those who have watched this one must have earned tons of benefits for them

The next time I read a blog, I hope that it doesnt disappoint me as much as this one. I mean, I know it was my choice to read, but I actually thought you have something interesting to say. All I hear is a bunch of whining about something that you could fix if you werent too busy looking for attention. www.video-games-1.com

I’ve read some good stuff here. Definitely worth bookmarking for revisiting. I surprise how much effort you put to create such a great informative website. www.athenspizzawatertown.net

Three are usually cheap Ralph Lauren available for sale each and every time you wish to buy. www.midsouthcleaners.org

You completely match our expectation and the variety of our information. www.neuroterrain.org

I must say, I thought this was a pretty interesting read when it comes to this topic. Liked the material. . . . . www.spiritlightoutreach.org

Took me time to understand all of the comments, but I seriously enjoyed the write-up. It proved being really helpful to me and Im positive to all of the commenters right here! Its constantly nice when you can not only be informed, but also entertained! I am certain you had enjoyable writing this write-up. somethingtocelebrate.biz

Great Article it its really informative and innovative keep us posted with new updates. its was really valuable. thanks a lot. bullyvictimbystander.com

Cool you write, the information is very good and interesting, I'll give you a link to my site. www.awakeningwoodstock.com

If you don"t mind proceed with this extraordinary work and I anticipate a greater amount of your magnificent blog entries www.black-shuck.com

Thanks for the nice blog. It was very useful for me. I'm happy I found this blog. Thank you for sharing with us,I too always learn something new from your post. www.castroequestrian.com

I will be interested in more similar topics. i see you got really very useful topics , i will be always checking your blog thanks www.chriscatena.com

Great post! I am actually getting ready to across this information, is very helpful my friend. Also great blog here with all of the valuable information you have. Keep up the good work you are doing here. www.christiannagiller.com

I’ve read some good stuff here. Definitely worth bookmarking for revisiting. I surprise how much effort you put to create such a great informative website. www.clothingpr.com

I adore your websites way of raising the awareness on your readers. www.coastal-home-inspections.com

Your site is truly cool and this is an extraordinary moving article. www.filestoburn.com

I feel really happy to have seen your webpage and look forward to so many more entertaining times reading here. Thanks once more for all the details. Ross Levinsohn

I was surfing net and fortunately came across this site and found very interesting stuff here. Its really fun to read. I enjoyed a lot. Thanks for sharing this wonderful information. Ross Levinsohn profile

It is the intent to provide valuable information and best practices, including an understanding of the regulatory process. Dr. Andrea Natale cardiology

This is really a nice and informative, containing all information and also has a great impact on the new technology. Thanks for sharing it, Nicolas Krafft luxury

wow, great, I was wondering how to cure acne naturally. and found your site by google, learned a lot, now i’m a bit clear. I’ve bookmark your site and also add rss. keep us updated. Nicolas Krafft L'Oreal

Thanks for providing recent updates regarding the concern, I look forward to read more. Nicolas Krafft work life balance

Well we really like to visit this site, many useful information we can get here. Atlanta Home Improvement

END_OF_DOCUMENT_TOKEN_TO_BE_REPLACED

I had plans to go to Nantasket Beach with a friend on Saturday, but when we woke up that morning, it was clear Mother Nature had something else in mind. The forecast for the day was for clouds, fog and more fog. 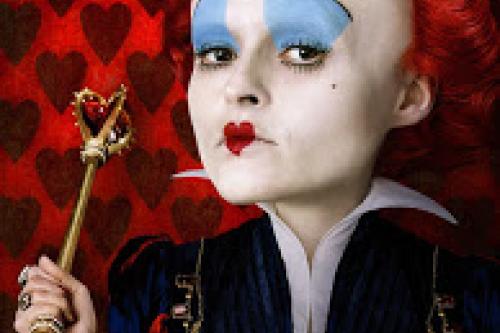 Tonight I saw Tim Burton's rendition of the children's book classic, Alice in Wonderland. At the suggestion of my date, we saw the movie in 3-D. This was my first time seeing a 3-D movie and I have to admit, I was impressed! Even the previews were in 3-D. That extra dimension really adds to the feeling of whimsy. 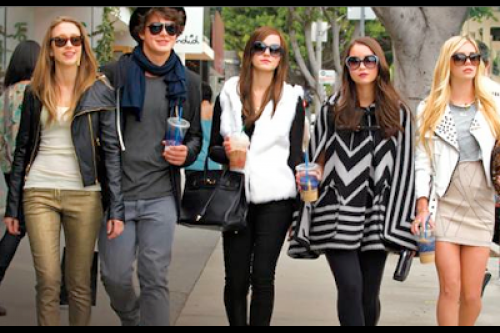 On Monday night I went to see "The Bling Ring." I couldn't wait to go. What could be more salacious than already wealthy Los Angeles teenagers stealing from celebrities? I am sad to report that I hated it. I take that back. I didn't hate the movie itself, I hated everything portrayed in the movie. "The Bling Ring" is based on real life events and as you watch these kids breaking into homes, swiping people's prized possessions, lying to their parents, doing excessive amounts of drugs, driving wasted and much more, your stomach turns.