The Age of Innocence

After weeks on hiatus Gossip Girl finally returned with an hour of extraordinary twists and turns! Its the night of the senior class play "Age of Innocence" (how ironic) and Blair is going on and on about how perfect her life is, and how she simply cannot relate to her tortured character in the show. Meanwhile, Serena is busy chasing after the show's young director, Julian. Blair asks, in one of the best lines of the night "Aren't you sick of brooding artists?". Of course not, the brooding turns her on.

While prepping for curtain call, Nelly Yuki (whose voice magically dropped three octaves lower this week) discovers via email that she has been accepted to Yale. Blair has a complete tantrum and runs to the head mistress, who informs her that her admission has in fact been rescinded. Apparently an anonymous caller informed the Dean of Blair's antics with Miss Carr and he was less than impressed. Beware: Blair is on the war path.

In a funny moment Penelope (one of the mean girl peons) discovers her costume for the play is Dorota's exact uniform. Priceless.

Across town Chuck is about to have lunch when he discovers his mystery woman Elle sharing a meal with none other than globe trotting, gambling Carter. Chuck tries to talk to Elle, but she excuses herself and exits through the restaurant kitchen. Classy.

Back at play practice, Miss Carr arrives and Dan asks Jenny to pass her a note. SO 7th grade, Lonely Boy! Meanwhile a Gossip Girl blasts flies around the school announcing that Blair dated Lord Markus, even while knowing he was doing his step mom. Ick. Blair is confident that Vanessa is behind the text (since she saw said event first hand) and Blair shifts her disdain from Nelly to Vanessa. Vanessa is awfully busy impressing the play director Julian. In an effort to help Serena get his attention, they both go to dinner with Julian, and Nate comes along for some eye candy. The conversation winds up being Julian and Vanessa talking about classic film while Nate and Serena look bored to tears. Snooze fest! When is someone going to take off their clothes or throw a drink in someone's face?

Meanwhile at Casa de Chuck, Elle makes a surprise appearance and asks for Chuck's help to get out of the gentleman's club. He offers to help her get a passport and flee the country. To show her gratitude, she makes out with him. Child's play for Chuck. Escorts, fake identities - all in a day's work.

Later, Julian comes over to Serena's to help her with her lines (per her request. a last ditch effort to get face time with him) and has Vanessa feeding her information via bluetooth. Oh Gossip Girl, you are so tech savvy!

Another GG blast goes out, this time about Serena getting into Yale on the condition the school could issue a press release. Now Serena is pissed at Blair, thinking she is behind the text, and out to sabotage her. Again.

Meanwhile Dan and Miss Carr meet up in the costume closet at school and with one kiss on the wrist they are getting it on. So antiquated, yet so hot!

Back at the Palace Chuck sends Elle off with Carter to get a new passport, while he meets up with his father's friend Mr. Campbell to try and find out more information about the gentleman's club. Mr. Campbell is tight lipped, but does text Chuck a time and a place. Is it just me, or is this story line lame? Anyone for a return focus on Chuck and Blair? Or just Chuck destroying people?

Back at school the play has began and Blair and Dan share a scene in a carriage where in between lines they are muttering to each other about the earlier GG texts. This was hands down the best scene of the night. Great comedic performances from both B and Lonely Boy. Bravo.

As the play is coming to a close, Nate spies Vanessa in the audience next to Julian, who he believes is into her (and vice versa). He flips out on stage, which prompts Blair, Serena and Nelly Yuki to all flip out as well. Mortifying and SO excellent at the same time.

After the curtain comes down, Nate and Vanessa get into a raised voice spat about having nothing in common, and Nate storms off. Ouch. Meanwhile, Dan is putting all the pieces together and realizes that Miss Carr is the one behind all the GG texts. She is the only one who had all that information. He says to her "You know how you felt when your ideals were crushed? (pause) You just crushed mine." Oooooo! Then the best moment all night, Dan passes Blair back stage and says "Miss Carr and I had sex in the costume closet. Do whatever you want with that." YES! Awesome. Lonely boy has crossed over from Brooklyn humble to Upper East Side back stabber. The transformation is complete!

Back to Chuck . . . Elle reappears one final time to say she got out of the club. They gave her enough money to disappear. All of a sudden she doesn't need Chuck, his passport or his romantic plans to head to Brazil. He genuinely asks "You were just using me?". Um, the Chuck Bass I know does not have this kind of vulnerability. Please return heartless Chuck and send this impostor away! Elle responds "You've got a good heart, you should give it to somebody who cares." Translation - BLAIR.

In one of the final scenes, distraught about their fight, Vanessa arrives at Nate's house with snacks offering to watch ESPN. Meanwhile, he is sitting watching the DVD of "Age of Innocence" on his laptop (a DVD she gave him). Aww, they are trying to meet in the middle. CUUUUUUTE.

In the final scene of the night, Blair (wearing a positively stunning sequin dress) is sitting at the bar at the Palace when Serena comes to apologize for accusing her of sending the Yale GG text. Blair demands to be left alone, only to have the stool next to her filled by who . . . Carter. Uh oh. You are not Chuck. This is not the ending I am rooting for! No no no.

And speaking of Chuck, at the exact same time, he drops by Blair's house (Dorota comes to the elevator in a pink bathrobe to greet him) and he says he will wait until Blair comes home. Uh oh. Hope she doesn't come back with Carter!

In the previews for next week Nate's grandfather comes to town. It looks like Blair may hook up with Carter AND Nate next week! No more Yale, no more rules. I like where this headed!

END_OF_DOCUMENT_TOKEN_TO_BE_REPLACED 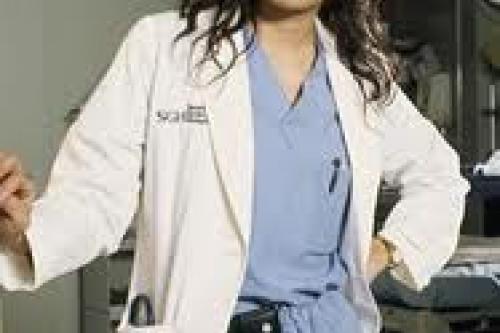 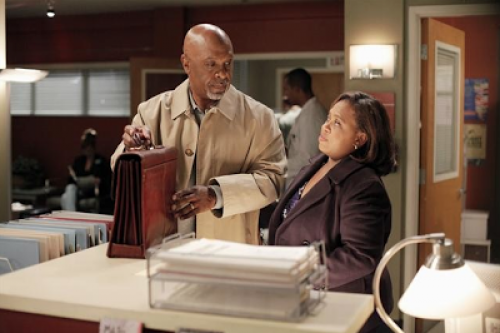 Tonight's episode of "Grey's Anatomy" featured Arizona's first day back at work. Her hard, post-amputation ice shell has seemingly melted and she's back working side by side with Karev. To try and make her more comfortable, Karev pays off kid patients not to mention Arizona's leg. Ha! She does wind up losing her balance and falling over post-surgery, but she laughs it off and even lets Karev help her back up. I'm so glad the old Arizona is back!