This week on Grey's Anatomy there were several clouds, and hardly any silver linings. Derek and Addison's patient Jen, who had a brain aneurysm, and also happens to be pregnant, needs yet another surgery. Derek, still haunted by nicking the aneurysm in the first surgery, is determined to save Jen, no matter the cost.

In surgery, Derek makes a bold move and begins to remove Jen's temporal lobe in her brain. When that seems to be failing, he wants to remove her frontal lobe as well. Addison, recognizing this will leave Jen with no personality and minimal motor skills, begs him to stop. Derek is a man possessed, and continues barking at Addison "don't touch my patient".

Addison pleads with Derek, alerting him that Jen's baby needs to be delivered, if it has any chance of surviving. When Derek shows his stubbornness yet again, Alex leaves to find the Chief to intervene.

The Chief forces to Derek to stop. Jen dies, her baby lives. When the team of doctors reports back to Jen's husband, he is overcome with grief, which quickly turns to rage. Despite Derek's repeated apologies, Jen's husband begins to yell, "You're a murderer!" into Derek's shamed face. A very difficult scene to watch, but beautiful acted by the husband.

Later on, Jen's husband says his final goodbyes, and is so overcome with grief that he is barely able to walk out of the room. In a raw moment, Karev carries him away from his wife, and out of the room.

Soon after delivering the news to Jen's husband, Derek is on the balcony upstairs when Mark decides it would be a good time to tell Derek about his relationship with Lexi. Earlier in the morning Mark tried to give Lexi coffee as a kind, "I'm thinking of you" gesture, to which she responded "No secret snacks! I want people to know about us".

Mark approaches Derek, still distraught from losing Jen, and announces he is seeing Lexi. Derek turns toward Mark and punches him in the face. This leads to full on, aggressive, on the ground, bloody fist fight that leaves both men battered and bruised. Lexi comes in to check on Mark (who Callie is examining in a near by room) and says "I'm so sorry", to which Mark responds "It was worth it". I am really starting to like these two together!

Over in the clinic Izzie is approached by a woman she and Sadie had diagnosed with cancer last week. The woman storms in screaming that she was misdiagnosed, and she does not in fact have cancer, but anemia. LIGHT BULB! The blood work was switched and Izzie is the one with cancer. Excuse me while I pat myself on the back for calling this plot twist last week. Reluctantly, Izzie checks last week's medical records, and sure enough their blood work was swapped.

Izzie examines herself, goes to dermatology to have a growth removed from her back, and has X-rays taken. Towards the end of the episode, still determined to teach the interns something, Izzie puts her films up on the light board and asks her interns to diagnosis the images. I guess next week we'll see what they find.

Back inside the hospital Callie finally works up the nerve to approach Dr. Robbins, their first conversation since the infamous kiss in the bathroom at Joe's Bar. Callie asks Dr. Robbins out on a date and when Dr. Robbins discovers Callie is new to the lesbian scene she says "Awww, thanks but I spend my whole day around newborns, so I try not to in my personal life". OH SNAP! Callie is stunned, and later tracks Dr. Robbins down at Joe's and pleads her case. Dr. Robbins is on a date, and Callie walks away mortified. We shall see if Dr. Robbins decides to give Callie a chance. It can't be a bigger risk than riding around the hospital on wheeley sneakers.

This episode Dr. Bailey continues to pursue a pediatrics fellowship. She asks both the Chief and George to write recommendations. The Chief submits a form letter, while George stresses about how to articulate Bailey's skills. In a last minute clutch move, Addison writes Bailey a recommendation too. Big day for Bailey - great recommendations, and a new, curly hair do. I like it, I like it!

Down in the E.R. a patient comes in with complications from a routine surgery. Christina comments the surgery was done poorly by an older doctor, who shouldn't be allowed to cut anymore, Dr. Campbell. She voices this loudly, and Dr. Campbell appears to defend herself. After several dramatic scenes in which Dr. Campbell tries to put Christina in her place, she does finally realize it is time for her to retire.

Dr. Hunt, who witnessed the interactions between Christina and Campbell all day says to Christina "Someday, 40 years from now, you'll have to stop cutting too". Christina says "You'll have to ply the scalpel out of my cold, dead hands" to which Hunt responds, "I think you are missing the point. I want to be around 40 years from now". WHOA. Hold up. The man has known the emotionless, status hungry, overachiever for only a few weeks and he's already talking spending his life with her? I am all for devotion, but seriously Hunt, slow your roll. There will be plenty of time for those kinds of statements.

Here is hoping next week brings the uncovering of Izzie's medical mystery, a date for Callie and Dr. Robbins, more cute scenes of Mark and Lexi and perhaps the engagement of Derek and Meredith? A girl can dream . . .

Your work here on this blog has been top notch from day 1. You've been continously providing amazing articles for us all to read and I just hope that you keep it going on in the future as well. Cheers! best CBD gummies

CTI Party is one of Denmark's largest suppliers of balloner or balloons and we can certainly help you with exactly what you want.

Great job for publishing such a beneficial web site. Your web log isn’t only useful but it is additionally really creative too. There tend to be not many people who can certainly write not so simple posts that artistically. Continue the nice writing bitmain antminer T19

I'm constantly searching on the internet for posts that will help me. Too much is clearly to learn about this. I believe you created good quality items in Functions also. Keep working, congrats! cupons de desconto amazon

I just found this blog and have high hopes for it to continue. Keep up the great work, its hard to find good ones. I have added to my favorites. Thank You. garden residences

In the world of www, there are countless blogs. But believe me, this blog has all the perfection that makes it unique in all. I will be back again and again. Corporate Gifts vendor in pakistan

Our highly trained team works dedicatedly for you to spot, identify, and nullify any risks emanating in and around your business premises and commercial sites. Top-Grade Surveillance & Live Monitoring Services

This is the type of information I’ve long been trying to find. Thank you for writing this information. 먹튀

I think this is definitely an amazing project here. So much good will be coming from this project. The ideas and the work behind this will pay off so much. 먹튀검증

What a thrilling post, you have pointed out some excellent points, I as well believe this is a superb website. I have planned to visit it again and again. 토토사이트

Jet Charter Flights For Business Whether your goal is to handle business out of the area and make it home in time for dinner instead of waiting on the schedule of commercial carriers or to get work done in a quiet, focused, and uninterrupted environment, or discuss proprietary information during your flight, jet charter flights with Exquisite Air Charter can help you accomplish all of the above... AND MORE! Charter flights

Explore the world of party supplies and be inspired by our many products for your big party.Shop engangsservice or disposable tableware supplies at ctiparty.dk

789casino ONLINE, legal gambling website, online football betting good value ready to earn money from Get property link Baccarat online 789 casino online service excellent deposit and withdrawal system. That you must be impressed Stable system guarantees the safety of your credit. With various promotions that we have for you to choose from Support team to take care of you to make our games comfortable. แทงบอล เว็บพนันถูกหมาย

Reliable online hijab store and the biggest online hijab shop in the world with unrivalled and affordable hijabs online. We deliver worldwide for Free. Hijabs Online

END_OF_DOCUMENT_TOKEN_TO_BE_REPLACED 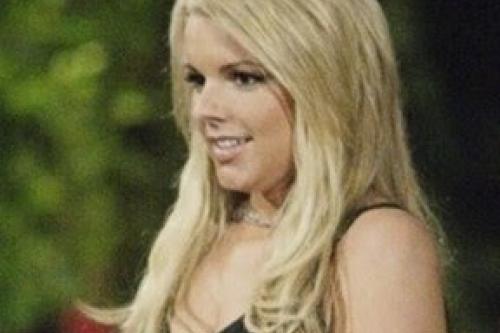 The Bachelorette: Princes of Portugal