At long last, after weeks of waiting, Gossip Girl returned! For weeks I had been yearning for more salacious gossip from the Upper East side, and tonight my craving was fully satisfied with several "returns".

First, the return of Chuck Bass. I don't know why, but I just love this shameless, slimy, manipulator! Maybe its his snake-like smile, or his brightly colored wardrobe, or that fancy black town car he gets driven around in. I can't explain it, I'm hooked on Chuck. Naturally I was concerned when he vanished after his father's death, but I hoped he would return and give Blair those three little words she was longing to hear.

Tonight also brought the triumphant return of Serena from vacation in Buenos Aires with Aaron. Much to my delight, she reappeared in the halls of Constance busting out of her skin with excitement to share the news with Dan that she had broken up with Aaron, and only had eyes for him. Victory dance!! Sorry Aaron, you never stood a chance. The licorice ring was cute, but not enough to overcome the scraggly facial hair.

Tonight's episode also brought the frustrated return of Rufus Humphrey, from an unsuccessful trip to Boston, searching for his lovechild with Lily. Lily finally reveals she gave birth to a boy, but begs Rufus to leave the child alone. Oh Lily, you know Rufus can't be tamed. He's a rock star! The last we see of these on-again-off-again lovers is their decision to return to Boston together to search for their son. Here we go people, buckle up!

The final return of the night is our dear Little J, braving the halls of Constance once again, wearing pink tulle under her uniform's skirt of course. She is a budding fashion designer after all. She feuds with the "ladies of the steps" over the star table at Pinkberry. Girls - the real question here is not: who is the queen of the school, the question is: why do you eat Pinkberry every day after school in JANUARY! Hot chocolate instead perhaps?

The real scene stealers of tonight's episode were two eye catching wardrobe items - Nelly Yuki's blue, over sized glasses, and Blair's white, ruffle colored blouse, which looked like a resurrection of Cate Blanchett's Queen Elizabeth! Dear Gossip Girl Stylist, Please refrain from these over the top items, as I find them distracting. Thank you, Pop.Bop.Shop Girl.

Tonight's episode also left me wondering, where are Nate and Vanessa? Let me rephrase, WHERE IS NATE? Bring back the hotness please. Stat.

My most favorite, and treasured moment of tonight's episode was Chuck's eventual surrender to his love for Blair, with the dramatic grasping of her hand, as he literally stepped of the ledge. Geesh, you had me worried there for a second! No one wants to have a Chuck pancake for breakfast.

You know you love me, XOXO.

My heart almost lept out of my skin when Chuck took Blair's hand. However, I have a funny feeling like most girls, Blair decided to play the "I'm over you, I'm going to hook up with someone else" card and conveniently chose Chuck's uncle. Please say it isn't so!

I also was not a fan of the yellow shoe and blue tights combination and to think it got so much attention in that dramatic Pink Berry scene. Sleeping with your dad's junior partner and wearing that, oh boy.....

The Girls here are hot and sexy and will give all sorts of sexual.
Goa Escorts

Thankful for the superb post! I genuinely valued getting it, you might be a remarkable maker. I will decidedly bookmark your blog and obviously will return not long from now.
Antarvasna

Hey I am so enchanted I discovered your blog, I genuinely discovered you inadvertently, while I was watching on google for something other than what's expected, Anyways I am here now and could similarly as to say thank you for a monstrous post and an all around connecting with webpage. Benevolently keep up the remarkable work .
Hindi sex story

END_OF_DOCUMENT_TOKEN_TO_BE_REPLACED 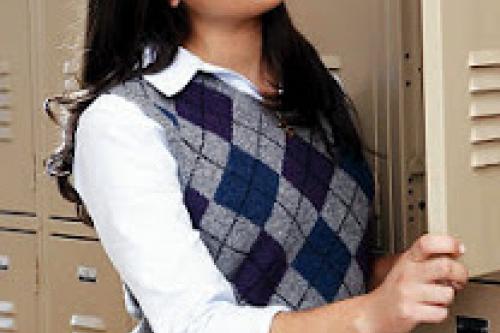 Stream: Z, The Beginning of Everything

In January I read Z: A Novel of Zelda Fitzgerald and was thrilled to discover Amazon was producing a series based on the book. Season one of Z: The Beginning of Everything is now available via Amazon Prime. The first season is 10 episodes and each episode is 30 minutes long. 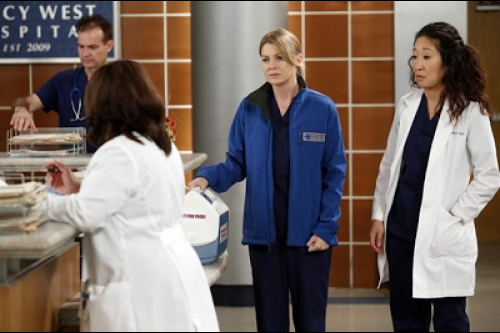 Hi friends! I'm sorry I have been leaving you lonely this week. After my eight day trip to New York I slept one night in my own bed before heading off to Kansas City for three days. It's been a whirlwind! I  am doing my best to catch up on all of our favorite shows quickly so we can discuss together and I can't wait to share with you all of my food and shopping finds while on the road. You get a double dose of Grey's Anatomy tonight with two recaps. Back to Seattle we go! Last week: